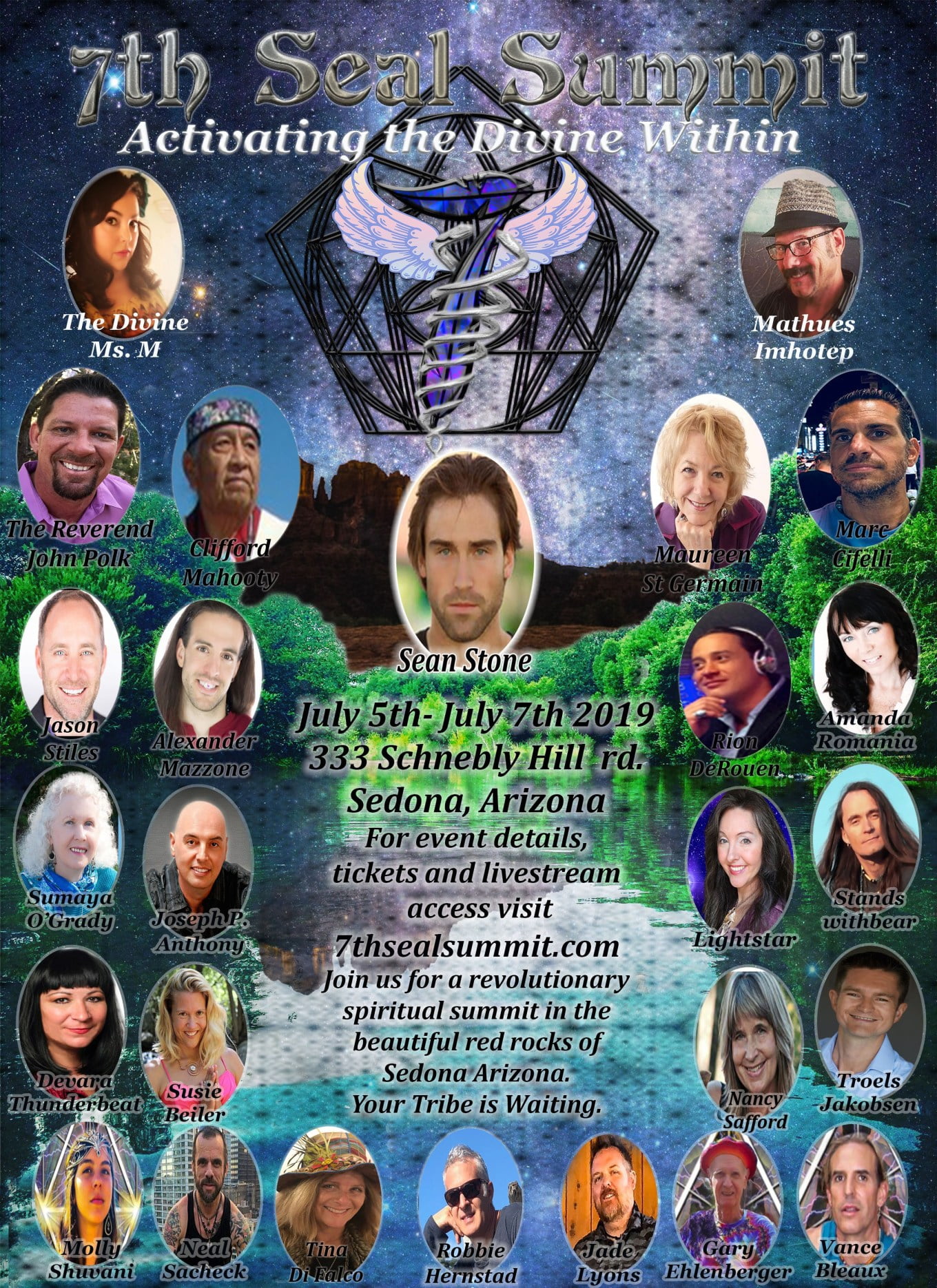 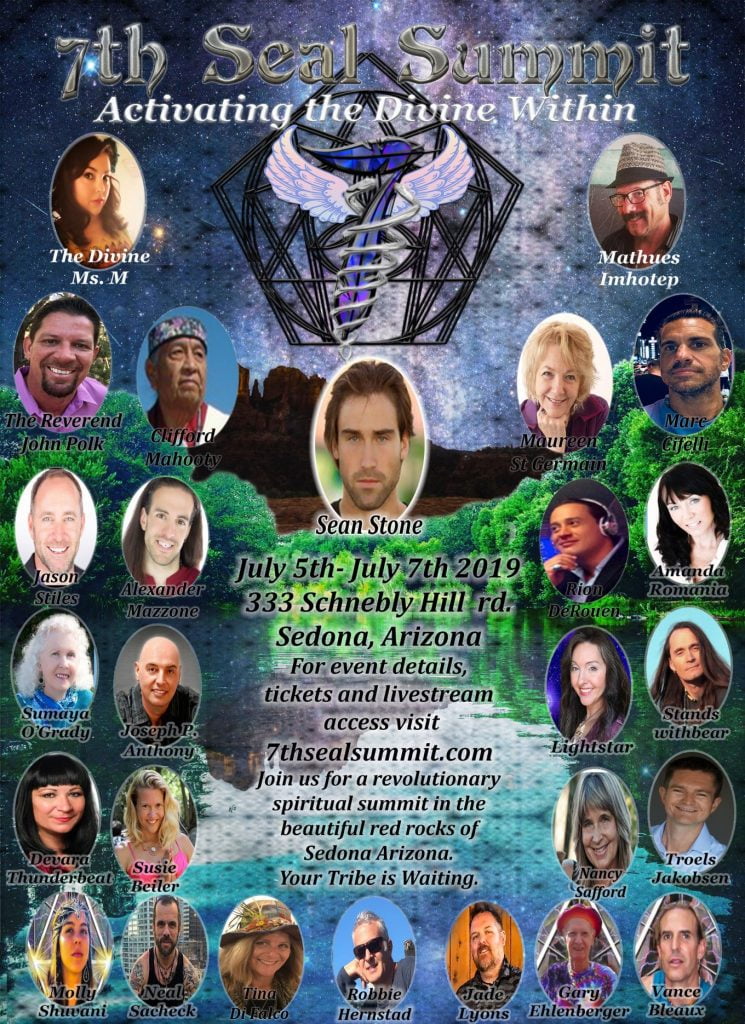 Many amazing things are happening!

I am sure many of you have been experiencing the shifting and lifting. The alignments to higher grids of manifestations. This is showing up in a variety of ways. The Silver Gate was an incredible burst of energy and even more super synchronicity.

We experienced it in several ways! Bigger movements occurred behind the scenes, so much of that I will share here. As always we can only share so much over the wires and will be sharing much more in person at the 7th Seal Summit this year (www.7thsealsummit.com).

We have seen the escalation of the release of more reports via the AG on the investigation on the investigators which will reveal what we have know all along about the Obama/Hillary/Deep State corruption.

We have had more major players join our team, such as individuals that work with Central Banks who have completed crypto solutions with accounts in every central bank. We have new partners who control even more gold and underwrite central banks.

We are participating in a treaty that is being done with 218 countries for the participation in Dinar 2003 boxes, which is being overseen and approved by the IMF and World Bank. The funds from this will be used to fund projects.

We have been introduced you to our version of the M1 who has been in the trenches meeting all the keepers and holders of major amounts of gold and boxes. We have been added to more Elder accounts as the signatories. This amount is in the Quads. We are taking the final necessary steps to bring funds onto ledger, back by gold. We are also pointing gold at our own crypto that we have been building with our new team members. This token will be called GAIA. We will be funding projects soon and all is going according to plan, in many ways even better than we had hoped!

We have private banks and sovereign banks coming on-board with what we are doing concerning building the NEW QFS. Quantum Financial System is the name of that company that is building the next level global system. We have the most advance technology is every way, from AI to 6g, safer and more secure. This new internet, new broadband, Wi-Fi, smartphone, wallet and search engine, to name a few is going to be the Global New Platform. You will be truly be in awe and wonder around the level of advance solutions we have, many given to us because those in the intel groups dont want it to fall into the wrong hands. There are a great many things that are truly incredible, which have been unfolding for us all around what we are doing. We are so very pleased with what we have in store!

We have gained more approval, more support, more alignments with even more White Hats, more recognition at the highest levels with top officials, bankers, heads of states, etc. Yes, even have the ear of the most important names in the news, the ones that are doing the most important peace and trade treaties. Trump is on-board with more crypto as major stores are now taking Bitcoin! There is far more going on with all this than we can say! Right now anyways.

So many amazing things have been aligning and showing up in our field of influence, such as, new tech for mining, extraction and green solutions for cleaning up land and water, along with more advance crypto banking with metal assets. The new rainbow currency timeline has been moved up and is being printed now for even sooner release than 2022.

We are connecting the most important pieces, players and assets into one whole collective. It is all as I have said it would be and as the Galactic high council has foretold it to us in private. Again, much more can be said in private and you are invited to attend our summit and private functions this July. We have secured more keynote speakers, such as Sean Stone of Buzzsaw and Maureen St Germain, along with our M1 who will be on the Deep Disclosure panel on Sunday the 7th.

This event will be more activating and expanding than ever before as we will be in the energy of the Solar Eclipse.

This event will be more transforming in several ways, for example I will be releasing by most profound St. Germain Codes and Master Key Sequence, along with my next level 7th Seal activator. This info is the astounishing reveal ever. It is so profound to understand that so much has been hidden and understood for so long. It was hidden until this time, keep from the Dark hats and safeguarded for our further alignment with our divine consciousness. That part of ourself that is awakening more and more for this most sublime time. Ms M will be doing a live audience reading on a scale never before performed, this has been proven to be the most incredible skill that has been honed over life times that is expanding every week, transforming more and more peoples lives.

We have told you that Sedona will be the first light city, the first golden portal and super activation station with the most advance spiritual and super science technology. We are building it all here first. We invite you to be a part, to meet us and further align with the Light Team and Love Tribe for Global Transformation.

The Time is Now in more ways than one. It is all happening and we have all aligned to create it. Our collective awareness has manifested the reality we wanted to see. It has taken longer than we all hoped, yet it has come together in even more perfection than previously seen, matching more and more the vision that I have held for the last 20 years.

We have all been called to show up more, to put our fears aside and step out more. The more bold we can be now with a bigger open heart for greater service to humanity the more we are granted. This is just as St. Germain told me it would be. He said the planet is going through an Ascension and as more people open to receive a deeper connection with the divine the more abundance would be added to them. He has been more and more correct and vocal lately. This is the most auspicious time in all of creation. The entire universe is focused on what we are doing now! Our new radio show is happening once a week so we can give more updates in a timely fashion, as well as interview the Agents of Positive Change who are the Global Transformers making the difference. This is going out on several platforms, such as www.spreaker.com and others accross the globe. Just search for Deep Disclosure to find ways to listen and of course you can find it all on www.deepdisclosure.com…

I have been told many things over the years by the Ascended Masters and Galactics that communicate with me, especially what they told me and showed me when they broad me on-board the mothership, wide awake. They showed me this time and the things that would be happening and the role that I would play. It seemed so fantastic, almost like it was too good to be true. It is all manifesting just as they said it would. Even St. Germain told me that it would all be provided in divine perfection and in perfect time. He was so right! My time wasn’t the perfect time. I had to surrender to the grand divine plan and its perfect alignment. So many things are cascading into a perfect crescendo!

As many of you know M1 and myself met David Wilcock and had a six hour private meeting briefing him on all that we know and are doing. We discussed doing a next level disclosure show together because the awareness and truth is the most important thing that people need to know. We also are in talks with Sean Stone about similar topics for media. Both Corey Good and Emery Smith had conflicts around our dates and others wise would of signed on. We are rallying the troops in many ways for the upcoming grand unfolding which we are in the co-creation driver seats steering for our greater good. Every aspect of perfect storm is being divine orchestrated, there are signs all over the place and even news that is confirming everything we has been shown and have shared. Even Fox news and CNN are talking about UFOs now!!! First Contact is at hand!!! The Galactics keep telling us they will see us soon! We believe they have something special in store for us in the coming month!

We have invited whoever is called by their higher selves and inner voice to showing up here, with us, to assist humanity. It is a joy to share that several have even relocated, the soul tribe is definitely growing! This is the grand gathering of those who are here on mission for massive transformation and this July we are aligning deeper with those who are guided to come into stronger alignment with us.

In Grateful Trust and Service, with Many Blessings,