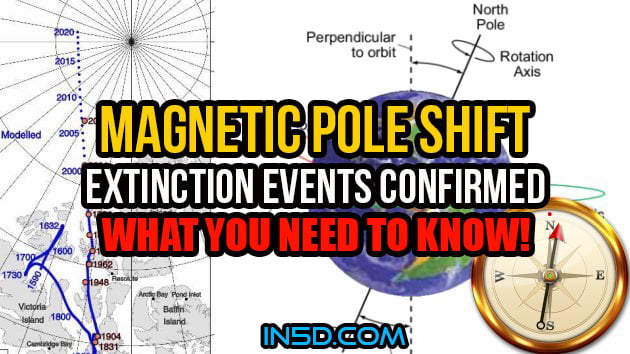 
Mass extinction events via a magnet pole shift have occurred throughout time, according to Ben Davidson of the SuspiciousObservers YouTube channel.

What is a magnetic pole shift?

A “geomagnetic reversal” is a change in a planet’s magnetic field such that the positions of magnetic north and magnetic south are interchanged. The magnetic poles are shiftingat a fast pace, sometimes as much as 40 miles in a year. While the sun goes through a magnetic pole shift every 11 years, the Earth is not quite as predictable.

The following photos show the movement in recent years: 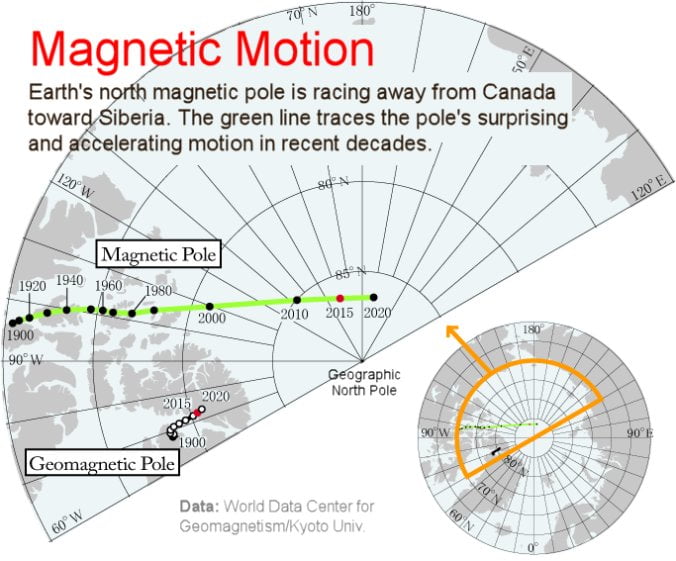 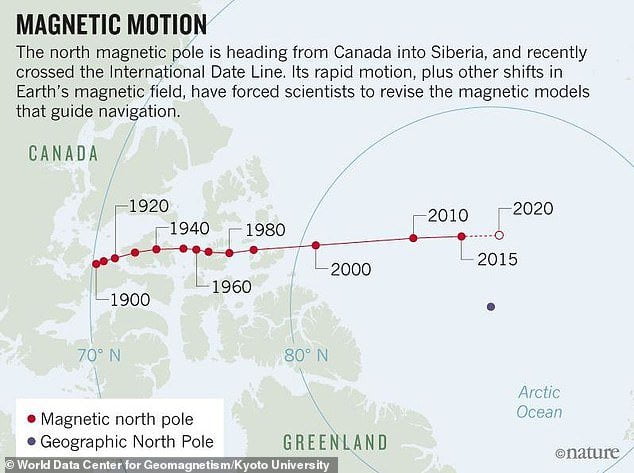 Airports are renaming runways due to magnetic shift

Many airports have recently renamed their runways, due to the shifting poles. Why is this necessary? According to a recent article, “Say the pole shifts such that the heading of 258 degrees is actually 259 degrees. That still rounds to 260, and the runway would still be called 26. But if the compass reading goes from 258 to 254, you’re now looking at runway 25.”

Look to nature for warning signs

The first signs that something is terribly awry will come from nature. Migratory animalsand birds would be disoriented as well as dolphins, whales and other mammalian sea life. Climate change and sea levels may also be affected.

What I find interesting is that previous articles published in scientific journals stated that magnetic events were NOT linked to mass extinction, but recent articles are now saying they ARE related.

Is this a matter of the truth being suppressed for as long as possible in order to maintain the status quo for society or is the science world trying to inject fear propaganda into the masses through a mass extinction agenda?

A magnetic pole reversal may affect the way the hemispheres in our brain interact. Three possible scenarios exist in such a situation:

1. Nothing happens to our brains.

2. The hemispheres of our brains instantly interact with one another, opening up synapses to higher metaphysical abilities.

It is estimated to take between 1,000 to 10,000 years for a complete magnetic pole reversal to occur. Our current version has been ongoing since the early 1900’s. While the ultimate completion may not occur for another 900 to 1990 years, its effects may already be seen.

The latest studies from the University of California, Berkeley state that it could take 100 years or less, adding that the current weakening magnetic field will precede the pole flip.

What we can readily observe are the facts:

The magnetic poles have been reversing since the early 1900’s

The Schumann Resonance has been rising.

There has been a recent phenomenon regarding our perception of time. Could this be related to the magnetic pole shift?

If “as above, so below” can be interpreted as, “as within, so without” then we can surmise that major changes are happening both in the cosmos, on our planet and, ultimately, within ourselves.

A magnetic pole shift is nothing to worry about. If mass extinction via a pole shift happens, there’s nothing you can do to stop it, but it might not happen for 100+ years or MANY more, so it’s not worth worrying about. If it’s a mass extinction event, then we all make the big party at the same time, as we never truly die.

You are going to hear about this eventually. My perspective is always optimistically positive. With that in mind, place your thoughts and energy into positive events and activities, not negative ones.

Sending you all infinite LOVE and Light!