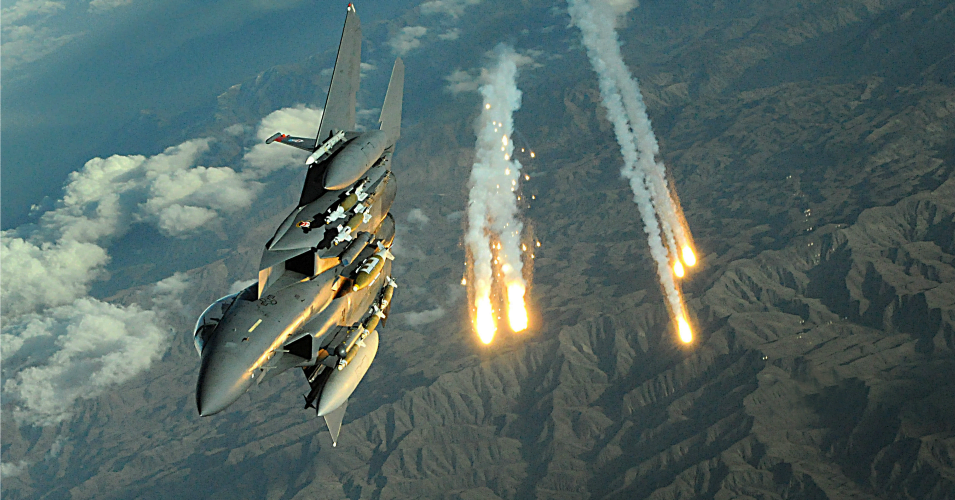 “A shocking number of civilians continue to be killed and maimed each day.”

In an “unprecedented” revelation that highlights the consequences of the seemingly endless war in Afghanistan, the United Nations announced Wednesday that U.S.-backed forces killed more Afghan civilians than the Taliban and other armed anti-government groups did in the first three months of this year.

A new quarterly report (pdf) from the U.N. Assistance Mission in Afghanistan (UNAMA) shows that “pro-government forces,” including both Afghan and international troops, killed 305 civilians from January to the end of March.

That compared with 227 civilians killed by “anti-government elements” such as the Taliban and ISIS. There were 49 unattributable deaths, which includes those caught in crossfire.

“A shocking number of civilians continue to be killed and maimed each day,” Tadamichi Yamamoto, the U.N. secretary-general’s special representative for Afghanistan, said in a statement Wednesday.

Yamamoto also called on pro-government forces “to take immediate measures to mitigate the rising death toll and suffering caused by airstrikes and search operations.” Such tactics drove an overall increase in civilian casualties (deaths and injuries) from those forces, according to the report.

“In Afghanistan, massive airstrikes, drone operations, and brutal night raids are killing more civilians in these days than any insurgent group does,” Emran Feroz, a Austro-Afghan independent journalist and founder of Drone Memorial, tweeted Wednesday, citing the report. “This is not a surprise for those who are researching for years.”

It's official now: In Afghanistan, massive airstrikes, drone operations and brutal night raids are killing more civilians in these days than any insurgent group does. This is not a surprise for those who are researching for years. https://t.co/hJlLAmXztf

The UNAMA report details the “increased harm to civilians from aerial and search operations” this year.

The report reiterates UNAMA’s demands for greater transparency and accountability for search operations and for the Afghan government “to either disband the Khost Protection Force or formally incorporate members into its armed forces.”

In response to the report, U.S. forces spokesman in Afghanistan Colonel Dave Butler told Al Jazeera: “We reserve the right of self defense of our forces as well as the Afghan Security Forces. The best way to end the suffering of non-combatants is to end the fighting through an agreed-upon reduction in violence on all sides.”

“It’s not just my family, there are dozens of families just like mine who have been lost in bombings. The people have no power… We are the ones who are dying.”
—Masih Rahman, Afghan civilian

Both Afghan President Ashraf Ghani and the Taliban, which controls nearly half the country, recently have urged their respective fighters to take care to avoid civilian casualties, The Associated Press reported Wednesday.

After reaching a record high last year, Afghan civilian casualties declined overall in the first quarter of 2019, which the report notes was possibly influenced by harsh winter conditions in the country. The report says “it is unclear whether the decrease in civilian casualties was influenced by any measures taken by parties to the conflict to better protect civilians, or by the ongoing talks between parties to the conflict.”

In recent months, the Taliban has engaged in talks with United States but refused to negotiate directly with Ghani’s government. But as long the war continues, civilians remain at risk.

In September, Masih Rahman’s family of 12—his wife, four daughters, three sons and four nephews—were killed when a bomb flattened their home in the Taliban-controlled Mullah Hafiz village in central Maidan Wardak province.

“It’s not just my family, there are dozens of families just like mine who have been lost in bombings,” Rahman told The Associated Press this week. “The people have no power… We are the ones who are dying.”

Rahman, who was working in Iran at the time of the airstrike, blamed both pro-government forces and the Taliban, saying a Taliban-run prison was located just 400 meters (yards) from his home.

He has since sought redress from the U.N. and has also taken his case to Afghanistan’s Independent Human Rights Commission, which put out its own report on civilian casualties on Tuesday.

The commission found that from March 2018 to March 2019, more than 11,000 Afghan civilians were killed or injured, and over the past decade, the conflict has killed at least 75,316 civilians.