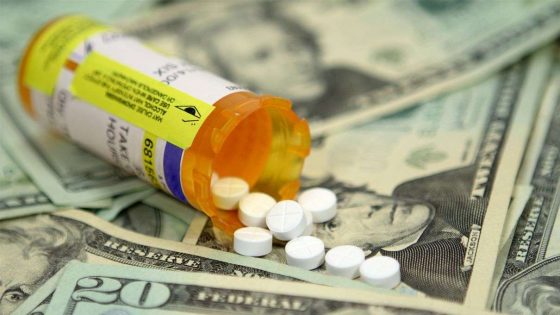 Big Pharma continues to jack up the prices on the drugs they peddle. The price of one drug was hiked 879%, and that’ only ONE of the 3,400 price increases that have occurred so far this year.

Pharmaceutical companies raised the prices of more than 3,400 drugs in the first half of 2019, surpassing the number of drug hikes they imposed during the same period last year, according to an analysis first reported by NBC News. While the average price increase per drug was 10.5%, a rate around five times that of inflation, about 40 of the drugs saw triple-digit increases. That includes a generic version of the antidepressant Prozac, which saw a price increase of 879%.

ARS Technica reported that the surge in price hikes comes amid ongoing public and political pressure to drag down the sky-rocketing price of drugs and healthcare costs overall. In May of 2018, President Donald Trump boldly announced that drug companies would unveil “voluntary massive drops in prices” within weeks, however, Big Pharma didn’t announce any big drops or actually reduce their prices. Trump then went on to publicly shame Pfizer for continuing to raise drug prices. The company responded with a short-lived pause on drug price increases mid-way through last year, but it resumed increasing prices in January along with dozens of other pharmaceutical companies.

It really isn’t a surprise that people are losing faith in western medicine in record numbers in favor of a more natural and holistic approach. Cost is certainly one problem, but many experience debilitating side effects from Big Pharma’s drugs – and they then seek relief from those side effects by using other drugs laced with different synthetic chemicals.  It’s a vicious cycle, and no one should be surprised by the rise in things like herbal tinctures, medicinal teas, and CBD oil.

The Trump administration has finalized a new rule that goes into effect this summer, and it states that drug companies must include the prices of their product in advertisements on TV.  At that point, when the general public understands just how much these companies are ripping them off, they may make a more permanent turn away from Western medicine’s chemical treatments.

It’s difficult to say if the Trump administration’s rule will have any effect on drug prices or not.