Prepare For Change
Home ARCONTES HOW CHRISTIANITY SERVED ITS FOLLOWERS UP FOR SPIRITUAL AND PHYSICAL SLAUGHTER! 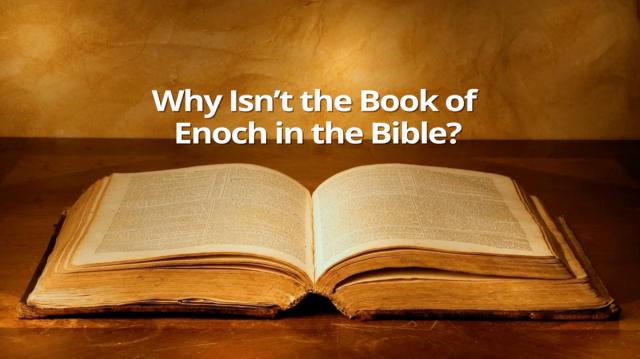 Christianity denies the authenticity of the Book of Enoch which will ultimately lead to the spiritual slaughter of its followers. Their insanity is revealed by the fact they worship the Chosen People who adore the book of Enoch and count it amongst their Wisdom Teachings, yet Christianity calls it a fake. So Christians adore people who love what Christians consider to be fake. Their willful and wanton ignorance of Enoch’s book has encouraged the development of a society ignorant of its origins and filled with hate for one another while ensuring this ignorance drives Christians right back into the arms of the Fallen Angels responsible for this illusory fake reality currently undergoing rapid transformation. And GAIA TV was used to drive the nail into their coffins.

It is clear from the video at this link that GAIA TV intends to use the planned disclosure of ET to take advantage of the ignorance of the Book of Enoch to claim that the current clean up underway was done at the behest and will of the Fallen Angels due to their remorse for what they have done. But most of the other parts of their message are true!

This article covers the critical lie in their message.

The book of Enoch makes it clear that the cleanup is ordered by the Son of Man not the Fallen Angels. It’s Christianity’s denial of Enoch that has made Christians so ignorant of this and the supernatural beings described in Enoch’s book. And now when they will be most confused at meeting ETs rather than flying up in a cloud to meet Jesus on a White Horse, in steps GAIA TV using the Book of Enoch with a wicked twist that will plunge these poor souls right back into the arms of the beings who’ve been torturing them all along. Of course as soon as they hear ‘Fallen Angel’ they’ll resist the cleanup and they will resist the true parts of the message. And then should other ETs show up claiming to be the good Angels they’ll leap right into their arms.

And shame on those light workers who are so willing to be surrounded solely by people who look like them while being involved in matters pertaining to the uplifting of spirit. By now they should have learned that this sentiment is part of the programming and should have resisted it from the beginning.

Now let’s examine how some of the deadliest ways Christianity delivers their followers’ flesh up for slaughter.

5G heats the grey and white matter in the brain. The grey matter is mostly what surrounds the outer portion of the brain and is what the waves would need to penetrate before reaching the white matter. However, when tested at thicknesses of 2, 12 and 22 mm, the increase in temperature began to reverse and fall between 12 and 22 mm. Read more about the testing here. This means the thicker the grey matter the less 5G is capable of affecting you.

1. Christianity denies that the Single Eye mentioned in Matthew 6:22 is a reference to the 3rd Eye of Meditation.

2. Christianity denies that Psalms 46:10 is a reference to the practice of Meditation.

3. Christianity denies that the 7 seals of Revelation are an allegorical reference to the 7 chakras of Meditation.

4. Christianity denies that Psalms 24 is an allegorical poem about Meditation.

5. Christianity denies that the 10% Tithing is an allegory for the 10% of our brains we normally function with being given up during meditation where we “take no thoughts” . 5 times in Matthew 6 we are told to “take no thoughts.” 5 times the Beatles sang “let it be.”

6. Christianity denies that the Apostle Paul’s reference to dying daily (1 Cor, 15:14) was about the ego dying daily in meditation as we let go of that 10% of our brain we use throughout the day.

By denying the truth of meditation Christianity has served its followers up for physical slaughter by 5G. Humans have the power to destroy directed energy beams with our minds, especially when meditators work together in groups, our power increases exponentially.

Christianity promotes sexual perverseness by denying the truth of Eunuchs and preventing their followers from practicing meditation and gaining complete control over their physical urges.

Enoch said “ Woe to you who love the deeds of iniquity. Why do you hope for that which is good? Know that you shall be given up into the hands of the righteous; who shall cut off your necks, slay you, and show you no compassion”.

Once the people wake up to how the preachers and politicians have set them up for slaughter I can certainly see that happening.

By denying the truth of meditation and the Book of Enoch, Christianity has served up its followers for destruction by 5G and the disclosure of ET.

Here is a more technical snippet of how radio frequency waves penetrate gray matter in the brain up to 22mm thickness.

1. Radio Frequency waves increase temperature in the gray and white matter of the brain. The thickest gray matter tested was 22 mm. Notice the decline of 7 degree in temperature with an increase from 12 to 22 mm thickness.

2. Meditation INCREASES GRAY MATTER in the brain and spinal column. From the evidence above, the increase in gray matter from 12 to 22 mm saw a 7 degree decrease in temperature. But what is the increase in thickness of gray matter after 10 or 20 years of meditating? https://www.psypost.org/2016/09/sahaja-yoga-meditation-increases-gray-matter-brain-study-finds-44886

3. This post provides a concise discussion on 5G. CGI’s Mike: 5G – It May Not be About Speed.http://www.rumormillnews.com/cgi-bin/forum.cgi?read=126600

5. This post tells us how we can defeat 5G by the numbers. Study it and then go learn to meditate. Reader: “Humans have the power to destroy directed energy beams with thoughts” http://www.rumormillnews.com/cgi-bin/forum.cgi?read=126349

6. Meditation has more than 76 scientific benefits https://liveanddare.com/benefits-of-meditation/, but Christianity denies that Jesus taught meditation or that the Old Testament is referring to meditation using allegory. But TV Preachers love to tell their followers to take their pills every day and don’t stop their medication.

7. And sadly, this post explains how GAIA TV is using the planned disclosure of ET as way to take advantage of American’s ignorance of the Book of Enoch. http://www.rumormillnews.com/cgi-bin/forum.cgi?read=126405 Instead of the clean-up of the planet being ordered by the returning Son of Man, Gaia TV is saying it is happening because of the reluctance of the Fallen Angels who now understand that helping us evolve to achieve ascension will help them also. It’s Christianity’s denial of Enoch that has made Christians so ignorant of the supernatural goings on in Enoch’s book. And now when they will be most confused at meeting ET and not flying up in a cloud to meet Jesus on a White Horse, in steps GAIA TV using the Book of Enoch with a wicked twist that will plunge these poor souls right back into the arms of the beings who’ve been torturing them all along.

8. Enoch said the people would rise up and break the necks of their oppressors and if the people wake up to how they were set up for slaughter I can certainly see that happening.