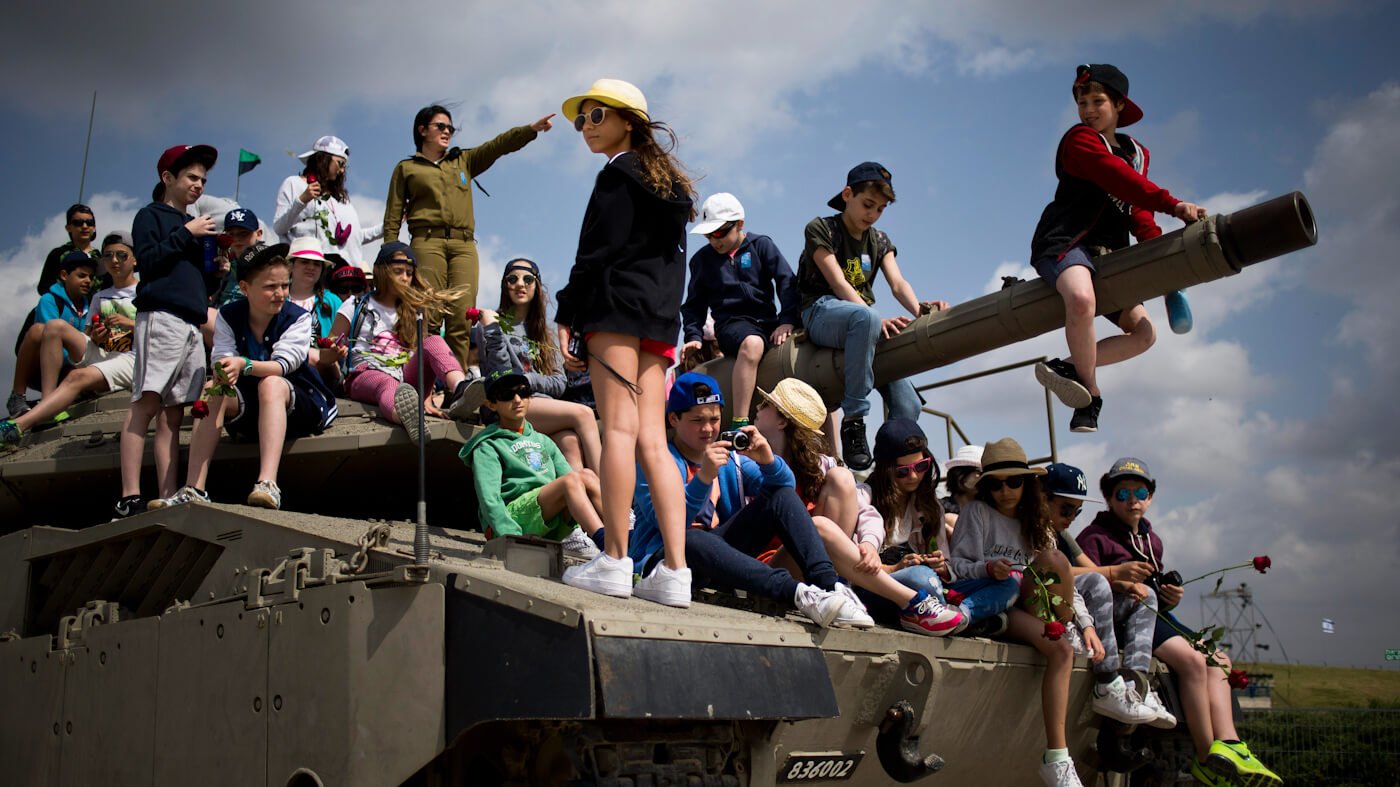 Israel new course to prepare high school students traveling overseas to be good “ambassadors” includes training on how to combat BDS, claims of apartheid and more.

JERUSALEM, PALESTINE — While Israel tries to portray a friendly face to the outside world, internally it is promoting racism and violence at levels that are more alarming than ever before. A course to prepare young high school students traveling overseas to be good “ambassadors” stands in contrast to racist policies and the advancement of a military that is encouraged to exercise unprecedented violence against civilians.

Adalah, the Legal Center for Arab Minority Rights in Israel, recently demanded that the Israeli Education Ministry halt an online course that was designed to prepare young Israelis traveling abroad to be “good ambassadors.” The content, particularly regarding anti-semitism and BDS (the Boycott, Divest, Sanctions movement), is so offensive to Arabs and Muslims that a school in Nazareth canceled an exchange program for high school students from the city to go to Sweden, rather than having the students exposed to the content of the course.

To actually see the content of the course, one has to enroll, and so I did. The course has 12 chapters, starting with an introduction by former Minister of Education Naftali Bennett. Bennett begins by explaining “what is an ambassador,” and then gives examples of how to be a good one.

Bennett’s introduction is friendly, straightforward and full of praise for Israel. He provides students with tools with which they can “explain” Israel. For example:

If it wasn’t for Israel, you could never wake up in the morning, because the chip in your cell phone that works as an alarm is made in Israel. You couldn’t find your way to work because the application WAZE is an Israeli product, so you’d get lost. If you made it to work somehow you wouldn’t have a computer because Intel produces its parts in Israel, and then your account would be hacked because cyber security is made in Israel. On top of that, you would have no cucumbers to eat because Israel invented the irrigation systems that make it possible to grow cucumbers.”

Bennett also mentions that the students may encounter people saying crazy things about Israel like that it is an “apartheid state,” and that Israeli soldiers are killing Palestinians, and that, of course, this is all nonsense. Israel, he says, as a photo of Palestinian Knesset member Ahmed Tibi is shown, is the only democracy where the minority Arab population has freedom and participates in a real democracy.

Other chapters include “What is a State,” “The Status of Jerusalem,” “Israeli Accomplishments,” “How to Combat Anti-Semitism,” and “BDS,”  among others. It is stated by Gideon Bachar, a special ambassador for issues of anti-semitism, that historically Jews suffered from persecution due to anti-semitism by Christians in Europe and Muslims in the Arab world. Today anti-semitism in Europe is fuelled by massive immigration from Muslim countries.

BDS, Talia Gorodes explains, is a coalition of “green and red.” According to Gorodes, Director of “Reut” Institute for Strategic Thinking, green represents Islamic fundamentalism and red represents radical leftist groups. Together they create a powerful front to delegitimize Israel. However, not to worry, Israel has a plan and “you student ambassadors are part of the plan.” The students are told that the way they conduct themselves and listen and explain things will dramatically change the way the world perceives Israel and change it for the better.

Adalah’s letter stressed that the “Education Ministry’s propaganda exam focuses on core issues of the Palestinian-Israeli conflict that are the subject of deep political controversy.” The course guides students — indeed they are required to choose specific “correct” positions, as though “they reflect an objective factual truth.” The course, Adalah also claims — and, having taken it, I must agree — presents a racist ideological perspective that creates an equivalence between Palestinians, Arabs, Muslims and anti-semitism and violence.

This course is also required of Palestinian high school students who are citizens of Israel and study in the Israeli school system.

As the Ministry of Education is preparing students going overseas to show the kind and gentle face of Israel, Ha’aretz reports on the promotion of notoriously violent IDF officer Ofer Winter to the rank of major general. His new job is one of the most prestigious in the IDF: commander of the 98th Division, also known as the Fire Formation, which includes the Paratroopers Brigade, the Commando Brigade, and two reservist brigades.

Winter’s promotion was delayed for several years by the previous IDF Chief of Staff owing to his role in what is called Black Friday in Rafah. “Black Friday” is the name given to a massive, irrational and vengeful attack on Rafah during the Israeli assault on Gaza in the summer of 2014. Winter, then a colonel and commander of the infamous “Givati” Brigade, came to public attention twice, once as the result of a letter he sent to the unit commanders, in which he wrote that they were fighting “a blasphemous enemy that defiles the God of Israel.” His use of religious terminology was cause for concern even in Israel but should come as no surprise. 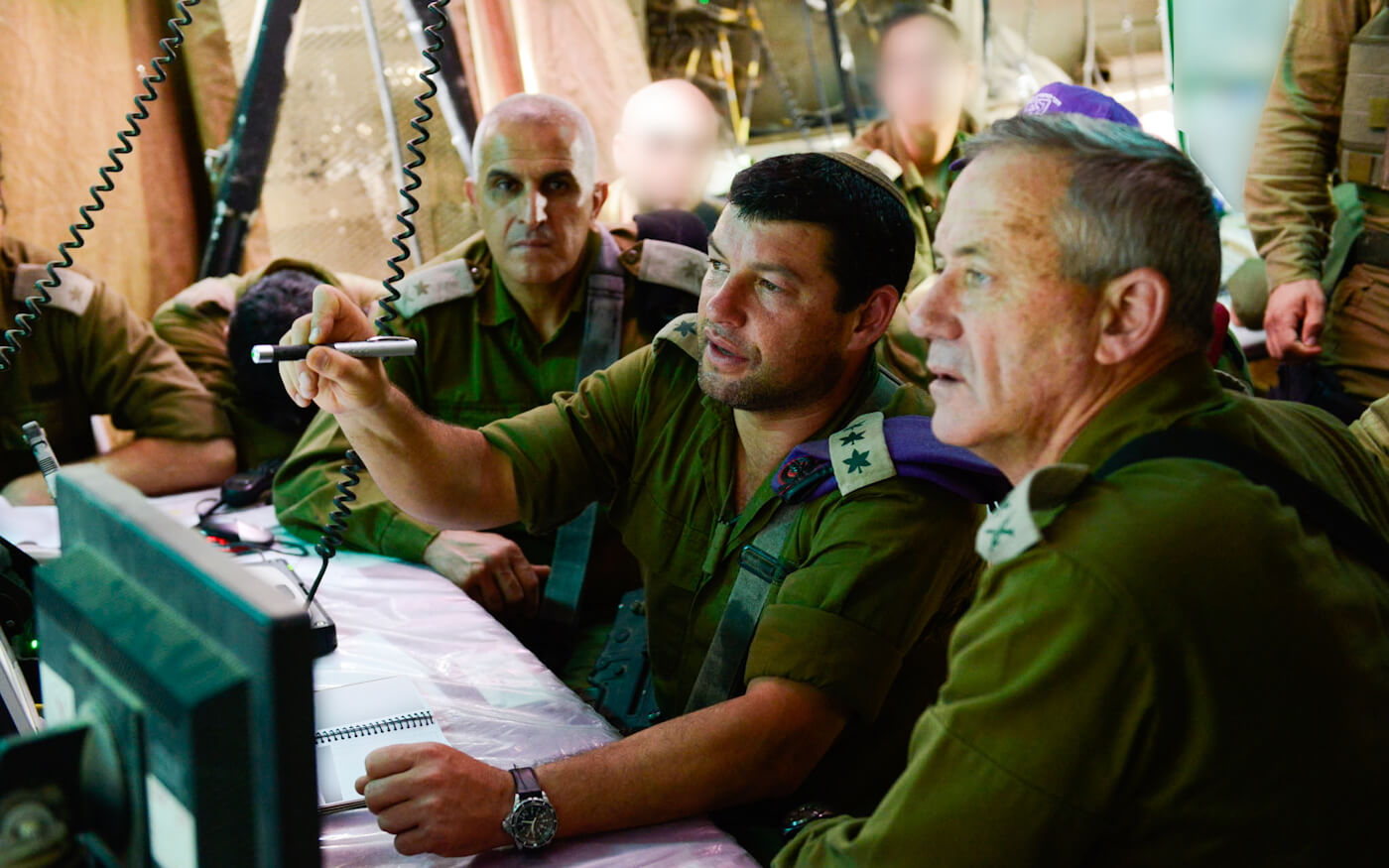 Winter was educated in two radical, religious-Zionist educational institutions. The first is Yeshivat Or Zion, which is headed by Haim Drukman, one of the most notorious leaders of the “settlers movement.” The second is the military preparatory academy “Bnei David,” in the settlement of “Ali.” Bnei David has come under severe criticism for racist comments made by fanatic Zionist rabbis who teach there. They are known to follow an aggressively racist curriculum and have been quoted teaching that Arabs are slaves and Jews are masters and that Hitler was not wrong, he was just on the wrong side.

Winter also raised concerns when, under his command, the Givati brigade was criticized for its conduct during Black Friday. It was August 1, 2014 in Rafah and a cease-fire was in place when hundreds of innocent people were killed as a result of what is known as the “Hannibal Directive.” Ha’aretz reported at the time that “[t]his was the most aggressive action of its type ever carried out by the IDF.” Codeword “Hannibal” is an IDF military directive that is given when a soldier is taken prisoner. It allows for unrestrained use of firepower to stop the abduction, even at the price of the life of the soldier that was taken.

In this case, the directive was given after an Israeli officer was captured following a clash with Palestinian fighters in which an officer and a soldier were killed. It was during what was supposed to have been a cease-fire for humanitarian purposes. According to a report by Amnesty International, when the IDF attacks began:

The roads in eastern Rafah were full of disoriented civilians moving in all directions. Believing a ceasefire had begun, they had returned – or were returning – to their homes. Many decided to turn around, attempting to flee under a barrage of bombs and gunfire.”

According to testimony given by Palestinian witnesses, the attack included “jets, drones, helicopters and artillery.” The attack was described as “raining fire at pedestrians and vehicles at the intersections, indiscriminately hitting cars, ambulances, motorbikes and pedestrians.”  Ofer Winter was the brigade commander. Now he has been given what many consider to be the most prestigious commands in the IDF, which will no doubt make him a strong candidate to be a future army chief of staff. Following an election promise to act against the “conquest” by Arab residents from surrounding communities of a city park, the municipality of the city of Afula issued an ordinance that says only city residents may enter the city park. Adalah, the Legal Center for Arab Minority Rights in Israel, reports from the northern city of Afula that when Attorney Nareman Shehadeh-Zoabi who lives in neighboring Nazareth brought her infant to the park, a security guard stopped them from entering because they are from Nazareth, which is a Palestinian Arab city.

This is not the first time that Afula is in the news owing to racist tendencies. In 2018, Jewish residents of Afula, along with the mayor, protested against the sale of a home to an Arab family. Afula is not alone. The establishment of admissions committees in kibbutzim, moshavim, and other communities were created to stop Palestinian citizens of Israel from moving in.

It is no coincidence that Israel’s nation-state basic law includes a clause that authorizes “a community, including those belonging to one religion or nationality, to maintain separate community living.” This basic law affirms Israel’s policy of segregation and makes it constitutional and thus unchallengeable in court.

Israel is more overtly racist and violent than ever before, and yet it is preparing Israeli youth who travel overseas to paint it with bright, friendly colors. If ever there was a time when the call for boycott, divestment and sanctions — BDS — against Israel was not only justified but urgent, it is now.

Feature photo | School children sit on a tank as they listen to an Israeli soldier speaking about Israel’s wars before a ceremony marking Memorial Day in Latrun near Jerusalem. Ariel Schalit | AP