Prepare For Change
Home ARCONTES U.S. Births Are at Record-Low Levels—Why Aren’t We Asking Why? 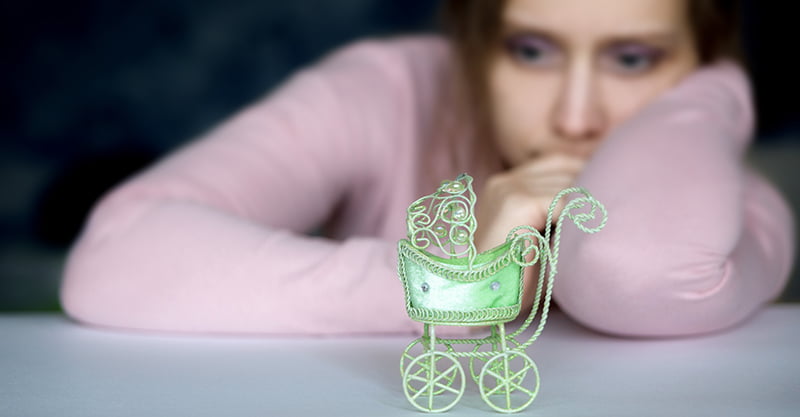 By the Children’s Health Defense Team

The Centers for Disease Control and Prevention (CDC) recently released its annual statistical overview of births in America. The agency reported that total U.S. births plummeted to a 32-year “record low” in 2018—particularly for teenagers and women in their twenties. But though 2018 may have set a new record, other recent years relay much the same story: total births and the general fertility rate (births per 1,000 reproductive-age women) have been falling steadily for well over a decade.

The “baby bust” trend is not unique to the United States. A Bill & Melinda Gates Foundation-funded study published in 2018 in The Lancet reported that nearly half of countries worldwide had fertility rates below the “replacement level” of approximately 2.1 children per woman’s lifetime—a situation unheard of anywhere on the planet back in 1950. Describing this “watershed” finding, a scientist told the BBC that the revelation that half of the countries in the world are poised to experience shrinking populations “will be a huge surprise to people.”

TIME magazine tells us that “it may not be a bad thing that fewer U.S. babies were born in 2018 than in any year since 1986,” and it emphatically denies that “Americans are…getting less fertile, biologically.” However, many studies highlight male and female fertility problems, including “significant downward trends” in sperm count and quality, and obesity-related fertility challenges in women. What is behind these problems? The U.S. media aren’t saying, but published science provides strong indications that “environmental exposures arising from modern lifestyle…are the most important factors.”

Among the range of possible environmental culprits, there is evidence to suggest a role—whether singly or in combination—for glyphosate, bisphenol A (BPA), radiation from wireless communication technologies and vaccines.

… identified rates of congenital abnormalities and miscarriages that were two to three times higher than the national average.

Argentinian researchers have described related outcomes in humans. A study of one of the country’s industrial agriculture regions, characterized by disturbingly high concentrations of glyphosate in soil and dust, identified rates of congenital abnormalities and miscarriages that were two to three times higher than the national average.

BPA’s endocrine-disrupting effects are well studied, with a documented role in the pathogenesis of…female and male infertility …

BPA is a chemical in widespread use in food and beverage containers, with a tendency to bioaccumulate. In the early 2000s, nationally representative studies detected BPA in urine in over 90% of individuals at least six years of age, with higher levels in young adults (ages 18-25 years) than in adults over age 25. Although manufacturers later began to substitute other chemicals (bisphenol F and bisphenol S) for BPA, the most recent national studies indicate that BPA levels remain high in both children and adults.

BPA’s endocrine-disrupting effects are well studied, with a documented role “in the pathogenesis of…female and male infertility, precocious puberty, hormone dependent tumours such as breast and prostate cancer and several metabolic disorders including polycystic ovary syndrome.” Studies in animals illustrate negative impacts on the male reproductive system that include anatomical and hormonal defects as well as damage to sperm, with similar findings in some human studies. One study that included infertile men reported a correlation between BPA levels and DNA damage, especially “multiple semen profile defects.” Greek researchers who compared infertile and fertile men reported finding BPA in all men—but high concentrations of BPA only in infertile men—leading them to conclude that “high concentrations…could contribute to infertility.”

In women, studies report that exposure to BPA may be associated with a decreased probability of conception. Research reinforcing this observation comes from a study that detected the chemical in over three-fourths (77%) of infertile versus about one-fourth (29%) of fertile women. Researchers postulate that BPA “may alter overall female reproductive capacity” by affecting the form, structure and function of the uterus and ovaries as well as disrupting female cycles and implantation.

… EMFs affect cell physiology and can lessen the biological competence of sperm and female eggs before fertilization.

People entranced with wireless communication technologies often forget that these and other modern technologies are major sources of exposure to the radiofrequency portion of the electromagnetic spectrum (RF-EMFs). A comprehensive review of EMF effects on human reproduction, published in 2018, notes that EMFs affect cell physiology and can lessen the “biological competence” of sperm and female eggs (before fertilization). The review’s authors cite a “plethora” of studies “highlighting a decrease in the quality of sperm obtained from men using mobile phones”—especially heavy users—and widespread agreement that RFs have detrimental effects on “sperm vitality, motility, and morphology.”

There has been less research on RF-EMF effects on female fertility, but the type of DNA damage associated with RF effects on sperm could also, according to the Bioinitiative Working Group, “account for damage to ovarian cells and female fertility, and miscarriage in women.” In their 2012 report, the Working Group cites research that rats exposed to mobile phones during pregnancy (with the battery charging continuously and the phone mostly in “standby” position) exerted “toxic effects” on the ovaries. In pregnant women, research also shows that more than one hour of daily cell phone use affects “biochemical parameters of cord blood.”

With the advent of 5G, there may be even greater cause for concern. Pointing to the many studies documenting reproductive effects of existing RF-EMFs and the absence of any researchon the safety of the more powerful and pervasive 5G infrastructure, many scientists are urging caution and adherence to the precautionary principle. The Environmental Health Trust has termed 5G “the next great unknown experiment on our children”—and the entire human population.

… young women with no prior abnormalities (vaccinated at ages 14, 13 and 21, respectively) received a diagnosis of primary ovarian failure (POF), with no other possible causes of POF…identified other than the HPV vaccine.

There are several reasons to suspect that childhood vaccines or their ingredients could be affecting fertility. The evidence is most pronounced for the human papillomavirus (HPV) vaccines Gardasil and Gardasil 9. Widely administered to adolescents and now approved in the U.S. for adults through their mid-40s, Gardasil has a documented association with primary ovarian insufficiency or failure—defined as ovarian failure before the age of 40. In a case report published in 2013, young women with no prior abnormalities (vaccinated at ages 14, 13 and 21, respectively) received a diagnosis of primary ovarian failure (POF), with “no other possible causes of POF…identified other than the HPV vaccine.”

In a 2014 case report out of Australia, three young women (ages 16, 16 and 18 at diagnosis) presented with “idiopathic premature ovarian insufficiency” following HPV vaccination. The authors condemned the absence of preclinical, clinical and postlicensure studies on “enduring ovarian capacity and duration of function following vaccination,” and in 2019, they again complained that “the establishment of [Gardasil’s] safety for the young girl target age group has been a source of unease” for “those with an interest in ovarian safety.”

A study that examined U.S. data (2007–2014) for eight million young women ages 25-29 found significant differences in fertility by HPV vaccination status. Among young women who had not received the vaccine, approximately 60% had been pregnant at least once versus only 35% of HPV-vaccinated women; for married women, the respective percentages were 75% versus 50%. Calling for study of the HPV vaccine’s effects on fertility, the researcher noted that “if 100% of females in this study had received the HPV vaccine, data suggest the number of women having ever conceived would have fallen by 2 million.”

Calling for study of the HPV vaccine’s effects on fertility, the researcher noted that “if 100% of females in this study had received the HPV vaccine, data suggest the number of women having ever conceived would have fallen by 2 million.”

Some researchers speculate that the aluminum adjuvants in HPV vaccines offer a possible mechanism to explain post-HPV vaccine ovarian failure. Animal studies indicate that aluminum exposure can “inhibit expression of female reproductive hormones and…induce histologic changes in the ovaries.” In addition to Gardasil and Gardasil 9, aluminum-containing vaccines include those with diphtheria, tetanus and pertussis components (DT, DTaP, Td and Tdap) and the Haemophilus influenzae type b (Hib), hepatitis A and B, meningococcal and pneumococcal vaccines.

Another problematic HPV vaccine ingredient is polysorbate 80, which is also present in many other vaccines, including DTaP-containing and Tdap vaccines, hepatitis B, rotavirus, the meningococcal and pneumococcal vaccines—and most flu shots. One study has linked influenza vaccination to as much as a 7.7 times greater risk of spontaneous abortion. In a study looking at adverse reactions to flu shots administered to pregnant women between 2010 and 2016, over 11% of the women reported spontaneous abortions.

More and more couples are resorting to sperm donors and gestational surrogates, and assisted reproductive technologies now contribute to almost 2% of U.S. births. Pharmaceutical companies are eagerly embracing the fertility drug market as a growth sector. Some of the leading manufacturers of female fertility drugs—companies like Merck, Sanofi and Pfizer—also happen to be the primary makers of childhood vaccines in the U.S. Never mind that studies increasingly link assisted reproductive technologies to asthma, autism and chronic disease risks in the offspring—those problems just offer Pharma more money-making opportunities.

ROUTE 91: UNCOVERING THE COVER-UP OF THE VEGAS MASS SHOOTING

ROUTE 91: UNCOVERING THE COVER-UP OF THE VEGAS MASS SHOOTING