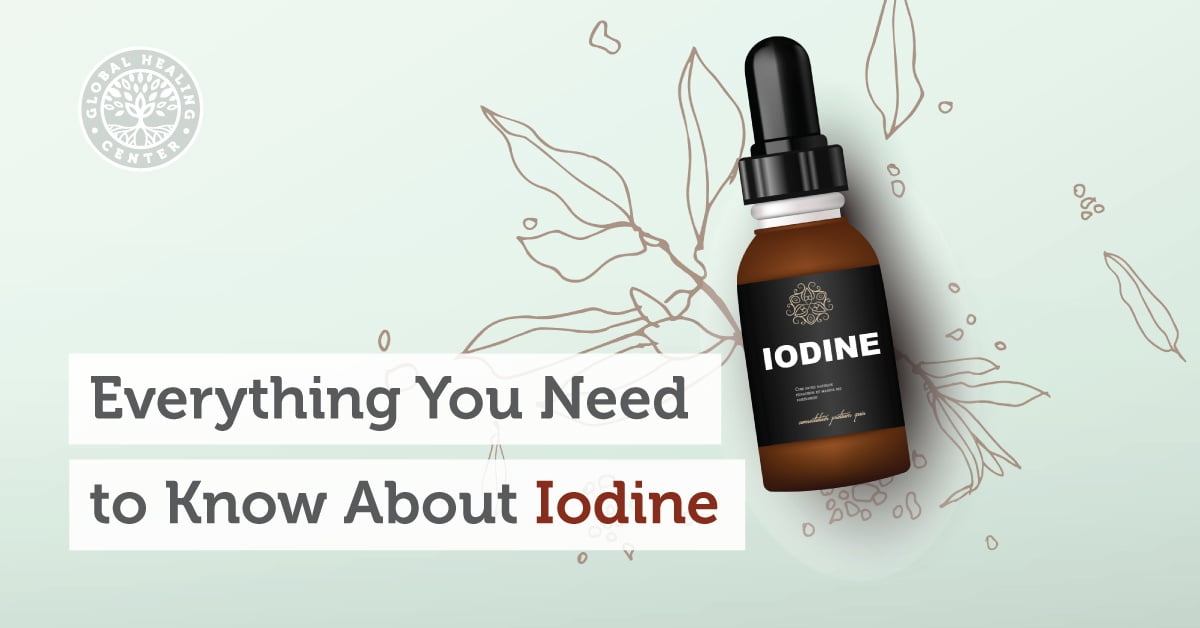 We knew a hundred years ago that we needed more iodine and governments started putting a tiny bit in table salt. It was not enough and after the nuclear accident at Fukushima, we need more because of the radioactive iodine released into the environment.

Humans in the 21st Century have an absolute need for iodine supplementation. Iodine is the only medicinal that stands between antibiotic resistant hell and us.

There are many reasons we need iodine in abundance. There are three principle reasons, however, that stand out thrusting iodine into its place as a medicine of supreme importance:

In addition, it does it without creating antibiotic resistant strains of bacteria. Scientists are also finding that antibiotics are causing bacteria to grow faster instead of killing them so it is almost suicidal to not employ iodine as the first line of defense in our fight against infections.

Salon Magazine published, “Over 95 percent of physicians are concerned about antibiotic resistance,” and that is all we need to know about iodine, which everyone should have on hand in their homes for everyday use as well as emergencies. Iodine has it all over antibiotics not only because it takes down viruses as well as fungus but also because it does not provoke bacteria to become resistant to it.

Though it kills 90 percent of bacteria on the skin within 90 seconds its use as an antibiotic has been tragically ignored.

Iodine exhibits activity against bacteria, molds, yeasts, protozoa, and many viruses; indeed, of all antiseptic preparations suitable for direct use on humans and animals and upon tissues, only iodine is capable of killing all classes of pathogens: gram-positive and gram-negative bacteria, mycobacteria, yeasts, and protozoa. Most bacteria are killed within 15 to 30 seconds of contact.

In the beginning of 2017, nearly three dozen people in the United States have been diagnosed with a deadly and highly drug-resistant fungal infection that has been rapidly spreading around the world.

The fungus, a strain of a kind of yeast known as Candida auris. Unlike garden-variety yeast infections, this one causes serious bloodstream infections, spreads easily from person to person in health-care settings, and survives for months on skin and for weeks on bed rails, chairs and other hospital equipment. Some strains are resistant to all three major classes of antifungal drugs. Up to 60 percent of people with these infections have died. Candida auris is not resistant to iodine.

Viral infections always have doctors scrambling because they have forgotten how effective iodine is against them. Dr. Richard Kunin, after fifty years of practice concluded that iodide destroys the virus of herpes. Both oral and genital lesions are treatable this way.

Dr. Eliot Dick observed a 50 percent reduction in respiratory illnesses when using iodine. Many reports by patients find that a gargle of ten drops of potassium iodide in a glass of water, with or without additional vitamin C, relieved sore throat in a matter of hours.

Research at the Massachusetts General Hospital tells us, “HIV was completely inactivated and could no longer replicate after exposure to the povidone-iodine preparations even at very low concentrations.”

The second is its importance with prevention and treatment of cancer. Iodine is indispensable in protecting against thyroid cancer, breast cancer, ovarium cancer as well as prostate cancer because all of these glands concentrate iodine more than other tissues. Deficiencies in iodine leave these glands vulnerable. Iodine also is indispensable for treating anything on the skin, even skin cancer mainly because it kills everything on contact that does not belong.

Breast tissue contains the body’s third highest concentrations of this essential mineral, so shortfalls in iodine needs have a highly negative impact on breast tissue. Iodine shortfalls coupled with bromine and other toxic halogens cause fibrocystic breast disease and breast cancer.

The third is iodine is protective against radioactive iodine. We cannot begin to understand how important this is until we also learn how dire the threat is of radiation.

Dr. John W. Gofman, Professor Emeritus of Molecular and Cell Biology in the University of California at Berkeley, has written extensively about the effort to belittle the menace of low-level radiation.

People associated with the nuclear and medical industries assert falsely, “there is no evidence that exposure to low-dose radiation causes any cancer—the risk is only theoretical,” or “the risk is utterly negligible,” or “the accidental exposures were below the safe level,” and even “there is reasonably good evidence that exposure to low-dose radiation is beneficial and lowers the cancer rate.”

By any reasonable standard of scientific proof, the weight of the human evidence shows decisively that cancer is inducible by ionizing radiation even at the lowest possible dose and dose-rate—which means that the risk is never theoretical.

Different isotopes of radioactive iodine, one with an incredibly long half-life, have been dumped into the environment by the Fukushima meltdown. Iodine deficient adults and children are sitting ducks to their radioactive cousins especially if they are eating milk and cheese because radioactive iodine gets into the grass that the cattle eat and it just goes up the food chain to your door.

Fourth is the absolute necessity of iodine in metabolism. Human life is not possible without iodine. That truth is important to every cell in our bodies.

Iodine attaches to insulin receptors and improves glucose metabolism. Iodine is the best nutritional support for your thyroid. Your thyroid controls your metabolism and the efficiency of your metabolism is directly related to that of your immune system.[1]

Iodine purifies water and it does the same job on the bloodstream. Iodine purifies the complete bloodstream of the body (something the Thyroid does every 17 minutes) meaning sufficient levels of iodine, especially in children, keeps the body free of pathogens, no vaccines needed!

Iodine’s true role as clearly making up as much as 1/2 of the body’s immune system has yet to be understood by doctors, but should be as the age of antibiotic resistant, fungal resistant and viral medication resistant infections threaten the human race.

Iodide is accumulated during phagocytosis, the process of engulfing and ingesting bacteria and other foreign bodies. The iodide is attached to the bacteria and to proteins, creating iodoproteins including monoiodotyrosine (T1). Sometimes, the thyroid hormones are utilized as the source of the iodide.

Dr. Gabriel Cousens lists many other important functions of iodine. Iodine offers dozens of under-utilized applications and should always be included when treating or preventing disease. Simply put, there is no bacteria, virus, or other microorganism that can survive or adapt to an iodine-rich environment.

2) Iodine eliminates toxic halogens from the body (including radioactive I-131).

11) Iodine is needed with the use of cordless phones, cell phones and now smart meters to prevent hypothyroidism.

12) Iodine supports pregnancy (as the fetus undergoes more apoptosis than any other developmental stage).

17) High doses of iodine may be used for wounds, bedsores, inflammatory and traumatic pain, and restoration of hair growth when applied topically.

18) Iodine helps in the diminishing of tissue scarring, cheloid formations, and Dupuytren’s and Peyronie’s contractures, which are hyper-scarring conditions.

19) High doses of iodine may be used to reverse certain diseases.

I have always recommended liquid iodine in the form of Nascent Iodine, which I recommend for children and iodine sensitive patients who need to start at very low dosages, and Lugol’s Iodine, which has been around for almost two centuries. Solid forms are available.

By Dr Mark Sircus, author of Healing With Iodine: Your Missing Link To Better Health