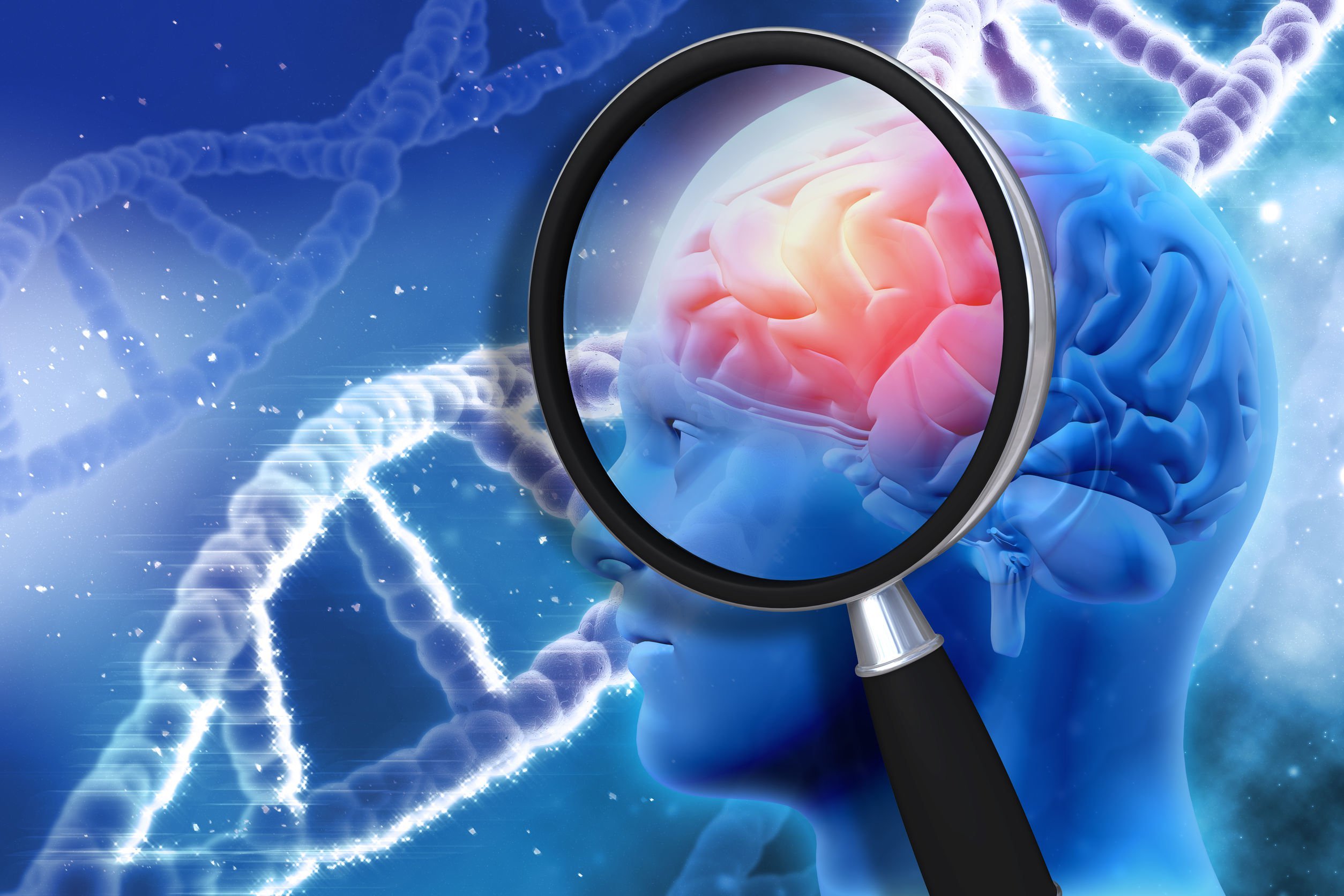 What’s happening in our world with regards to the censorship of information is unbelievable. It’s truly Orwellian, as we now have multiple ‘ministries of truth’ that are determining what is real and what is fake, what’s legit and what’s not. You would think that human beings are capable of determining on their own what’s considered ‘fake’ news, shouldn’t we the people be allowed to decide?

The truth is that this censorship of information is happening on all fronts, and it’s not really about media integrity, but more so about silencing and censoring information that doesn’t fit the accepted framework of certain political and elitist agendas.

News browser extension NewsGuard, for example, promises to help readers pick out fake news. However, NewsGuard is funded and run by individuals tied to the CFR, Atlantic Council and other prominent elite figures. Get the picture?

This is also why Wikileaks’ Julian Assange has been silenced, because the truth often threatens various corporate and political agendas, which are extremely unethical and immoral.

Many topics are being censored and labelled as ‘fake news.’ This includes presenting information that’s getting published by reputable academics in peer-reviewed science journals. Any type of information that goes against the medical establishment/industry is getting censored. Many papers have been retracted to protect the industry and corporate profits.

“The medical profession is being bought by the pharmaceutical industry, not only in terms of the practice of medicine, but also in terms of teaching and research. The academic institutions of this country are allowing themselves to be the paid agents of the pharmaceutical industry. I think it’s disgraceful.” – Arnold Seymour Relman (1923-2014), Harvard Professor of Medicine and Former Editor-in-Chief of the New England Medical Journal (source)

Vaccines are a big topic, and mainstream media is constantly bombarding any paper, publication or information that calls into question the safety of vaccines. Social media giants are censoring articles–no matter how well sourced, presented and credible they are–that paint vaccines in a harmful light. Tactics currently used by the mainstream are simply ridiculing anybody that questions the safety of vaccines and labeling information that paints them in a harmful light as “anti-vaccine propaganda.”

There is never any mention of the actual concerns being raised regarding vaccine safety, there is only ridicule and character assassination of those who are creating awareness.

There is a reason why the National Childhood Vaccine Injury Act has paid nearly $4 billion to families of vaccine injured children, and that’s because they are not completely safe for everybody, this is not a ‘one size fits all’ deal.

Furthermore, vaccine ingredients have never been tested for safety. You would think that injecting an infant would first involve the appropriate safety studies to see where these ingredients are going in the body, and what they are doing to our biology.

Why have we been prevented from even questioning vaccine safety? How is that scientific?

A number of scientists have started to recognize this and are thankfully taking matters into their own hands. One of the best examples is Dr. Christopher Exley, a Professor in Bioinorganic Chemistry at Keele University who’s considered by many to be the world’s leading expert in aluminum toxicology.

A study published in 2011 makes the issue quite clear:

Aluminum is an experimentally demonstrated neurotoxin and the most commonly used vaccine adjuvant. Despite almost 90 years of widespread use of aluminum adjuvants, medical science’s understanding about their mechanisms of action is still remarkably poor. There is also a concerning scarcity of data on toxicology and pharmacokinetics of these compounds. In spite of this, the notion that aluminum in vaccines is safe appears to be widely accepted. Experimental research, however, clearly shows that aluminum adjuvants have a potential to induce serious immunological disorders in humans. (source)

The key takeaway here is that “medical science’s understanding about their mechanisms of action is still remarkably poor.”

After this study, more research came out to help us better understand what happens when aluminum is injected into the body. It has been found that injected aluminum does not exit the body; in fact, it stays in the body and travels to various organs in the brain, where it remains. This isn’t surprising since it’s the adjuvant, it’s designed to stay there or else the vaccine doesn’t work.

As the groundbreaking study in 2015 emphasized:

Evidence that aluminum-coated particles phagocytozed in the injected muscle and its draining lymph nodes can disseminate within phagocytes throughout the body and slowly accumulate in the brain further suggests that alum safety should be evaluated in the long term.

Furthermore, in 2018, a paper published in the Journal of Inorganic Biochemistry found that almost 100 percent of the intramuscularly injected aluminum in mice as vaccine adjuvants was absorbed into the systemic circulation and traveled to different sites in the body such as the brain, the joints, and the spleen, where it accumulated and was retained for years post-vaccination. (source)

Exley has been interviewed multiple times about this subject, and all of these studies and his research point to the same findings: Aluminum in vaccines does not exit the body, and it has been linked to multiple diseases, which can develop immediately post-injection or up to decades later in life for certain neurological diseases such as Alzheimer’s.

A study by Exley and his team published in 2018 should have made headlines everywhere, as it discovered historically high amounts of aluminum in autistic brains. The study was conducted by some of the world’s leading scientists in the field.

Other studies by multiple scientists in this field have shown massive damage to motor neurons in the brain of mice and sheep as a result of the aluminum when injected, as well as behavioural abnormalities in mice and sheep along with cognitive decline.(source)

In the interview below, Exley answers a lot of questions, but the part that caught my attention was:

We have looked at what happens to the aluminum adjuvant when it’s injected and we have shown that certain types of cells come to the injection site and take up the aluminum inside them. You know, these same cells we also see in the brain tissue in autism. So, for the first time we have a link that honestly I had never expected to find between aluminum as an adjuvant in vaccines and that same aluminum potentially could be carried by those same cells across the blood brain barrier into the brain tissue where it could deposit the aluminum and produce a disease, Encephalopathy (brain damage), it could produce the more severe and disabling form of autism. This is a really shocking finding for us.

The interview is quite informative with regards to aluminum toxicology in general, but if you’re interested in the quote above, you can fast forward to the twelve minutes and thirty seconds mark.

The British academic was recently blocked from raising funds to further his study on aluminum in vaccines, apparently after “protests by other scientists.” (source)  Robert F Kennedy Jr. made a great post regarding the recent blockage on his social media platforms, which is how I first became aware of it.

He who stifles free discussion secretly doubts what he professes to believe in is really true.” — Wendel Phillips. GoFundMe today shut down Dr. Christopher Exley’s crowd funding campaign to study aluminum in vaccines. Dr. Exley, the world’s leading authority on aluminum toxicity angered the Pharma Cartel when his autopsies discovered astronomically high aluminum concentrations in the brains of children with autism. His other studies link aluminum in Merck’s Gardasil and other vaccines to dementia, Alzheimer’s and autism. Exley joins a long list of scientists silenced for questioning the Vaccine Orthodoxy. While White House Republicans censor climate science at the EPA, congressional Democrats clamor for censorship of vaccine science. It’s strange, to me, that these politicians don’t understand that censorship is incompatible with democracy. Given purchase, censorship will spread virally until it infects and kills democracy. SCOTUS Justice Potter Stewart called censorship “the hallmark of an authoritarian regime.” Heinrich Heine’s observed, “Where they have burned books, they will, in the end, burn human beings.” (source)

You can read more about that story here.

It’s okay to question vaccine safety. Despite all of the manipulation by mainstream media and the big entities using mass marketing to ridicule anybody who questions the safety of vaccines, it’s something important we must all do. It’s okay not to trust your doctor when it comes to information on vaccines. Why? Because they aren’t really knowledgable. Sure, they can explain how a vaccine works, but as far as research and furthering their education, it’s rare to find a doctor who has gone beyond their education and really looked into these subjects. They are trained to believe that vaccines are unquestionably safe, and if they openly question vaccine safety they are in danger of losing their licence. How crazy is that?

The example above with regards to aluminum is one of many concerns that are being ignored. If aluminum in vaccines, for example, is safe, then why don’t our federal health regulatory agencies simply conduct the studies to prove it?