Prepare For Change
Home Awakening The Myths of the “Common Cold” – is it really an Illness? 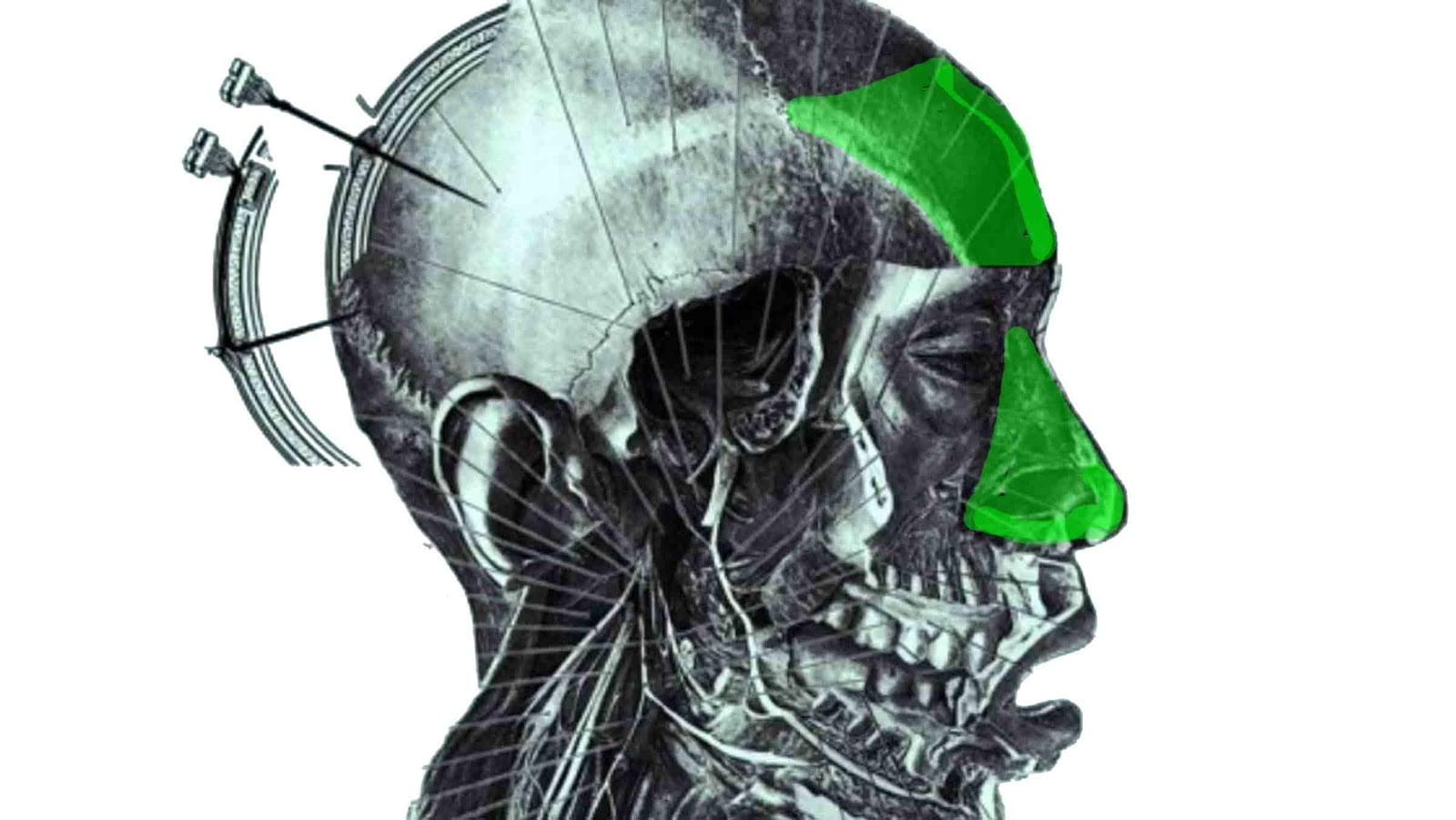 We all know in general what causes illness and disease- foreign objects entering the body and the body’s reaction to, and fighting of these, produces unfavourable symptoms. In most cases the body’s automatic reaction is to remove these foreign invaders (commonly vomiting and/or diarrhoea regarding poisoning of the stomach).

The common cold however doesn’t adhere to any of these rules. Everyone seems to have accepted by now that common colds “just happen”, it is a natural thing which has no actual cause. It is usually attributed to cold weather, hence the name, but it is obvious that this is not true.

The symptoms of a cold are usually a running nose, increased temperature and a headache. The question is though, what does the running nose cure? Like vomiting, the body is removing foreign objects but the symptoms of a cold would suggest those are contained in the head. As seen in the below diagram we can see that the main sinus runs from the frontal lobe area, the constant dripping of the nose with a cold suggests that the mucus originates from this area and is assisted by gravity. What is being removed from our brain? 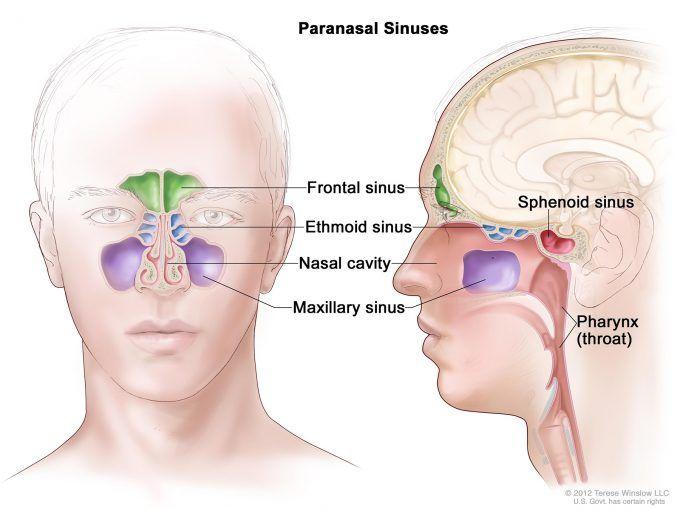 Other symptoms of a cold are a raised temperature and aching in the head. However I believe these are less simple than first thought. More about them after I discuss the rarer symptom of a cold, many of those with an untrained mind might not even notice it.

Firstly, a tangent explaining how I believe this world to be.
Every real person in the world is connected to a simulation, the “world” as we know it exists as a gestalt of mixed simulations of these minds. Most of the population is “filler”- artificial puppets which are incapable of complex interactions. These puppets can also be briefly inhabited by the controllers for purposes such as gangstalking. Our brains receive constant input daily by those who control us to make this simulation seem more polished, without that input we can access our full mental capacity which those who control us fear. A basic way to experience this is in a shower or bath, where the hot running water disrupts their monitoring and controlling waves. You will find whilst having a bath or shower that it becomes much easier to think, ideas enter your mind quickly and flourish easily. Like waking from a dream this all seems to disappear once you exit the bath or shower, suddenly those ideas trickle away like memories of a dream; the harder you try to remember them, the faster they escape.

I practice meditation and have trained myself to quite easily enter a trance state to remove myself temporarily from outer influences. I have found with my more trained mind that colds have a strange effect on me. They trigger a state similar to a waking trance which starts to break down the simulation around me. With a trance the world seems slower which is understandable, the simulation is not able to render instantly so the brain is artificially slowed to hide this fact, like the clock speed on a CPU. Many would claim this experience to be delirium, though delirium results in confused thinking; this is the opposite. With a cold I find my thinking is more organised, more intelligent and less restricted.

One of my previous experiences last year resulted in me managing to break the false population program. For just over 2 hours I was alone in the world. I was outside and everyone else was gone. No people in the street, no traffic on the road, not even the sound of distant traffic, and no birds. After those 2 hours a couple of puppets inhabited by gangstalkers found the need to check on me directly, walking up to me to ask how I was, in a method to reboot the programme.

As I mentioned earlier, there are 2 remaining symptoms – increased temperature and headaches.
It seems that, like a computer, the simulation program can only run correctly at a specific temperature range; this is of course 37°C – average body temperature. Once you raise this temperature the program starts to break down. The effects of manually raising this temperature, such as staying for an extended time in a very hot bath, are profound. For a brief period, clarity can be attained and there is a certain euphoric feeling which comes with this, a release of pressure inside the head.

The general medicine for a common cold seems to be acetaminophen. This “cures” the cold by reducing the body temperature (to that needed by the simulation). It should be mentioned that acetaminophen is not a natural medicine, it cannot be derived from plants like traditional remedies. It is a synthetic creation of chemicals made in a lab, created to meet a certain task.

The remaining symptom of a headache I believe is a withdrawal affect. Like an addiction such as alcoholism, withdrawal from the simulation leads the brain craving the state it has become used to. The brain is also not used to running at its full capacity- it has not done so since you were a very young child in which the extra capacity is needed to learn important things such as speech. Curiously our memories of this time have been reduced to small fragments in order to not reveal the activation of the simulation (though I am sure everyone has the latent memory that the world seemed much smaller when they were 2 years old.)

In conclusion it should be observed from the reasoning I have stated above that the common cold is not an illness. Instead it is a response by our bodies to remove the artificial programming we are forced to live by. The symptoms of a running nose attempt to remove the means in which they control our brains (be it biological implants or chemicals which attach themselves to our synapses); the raised temperature an attempt to break free of the program’s influence; and a headache as a symptom of withdrawal. Sadly, it seems our bodies are not yet strong enough to be able to fully break free of the programming. Even without the use of medicine, it is rare for a cold to last more than 2 weeks. I think longer is needed in order for our bodies to complete the cycle of removing the programming.