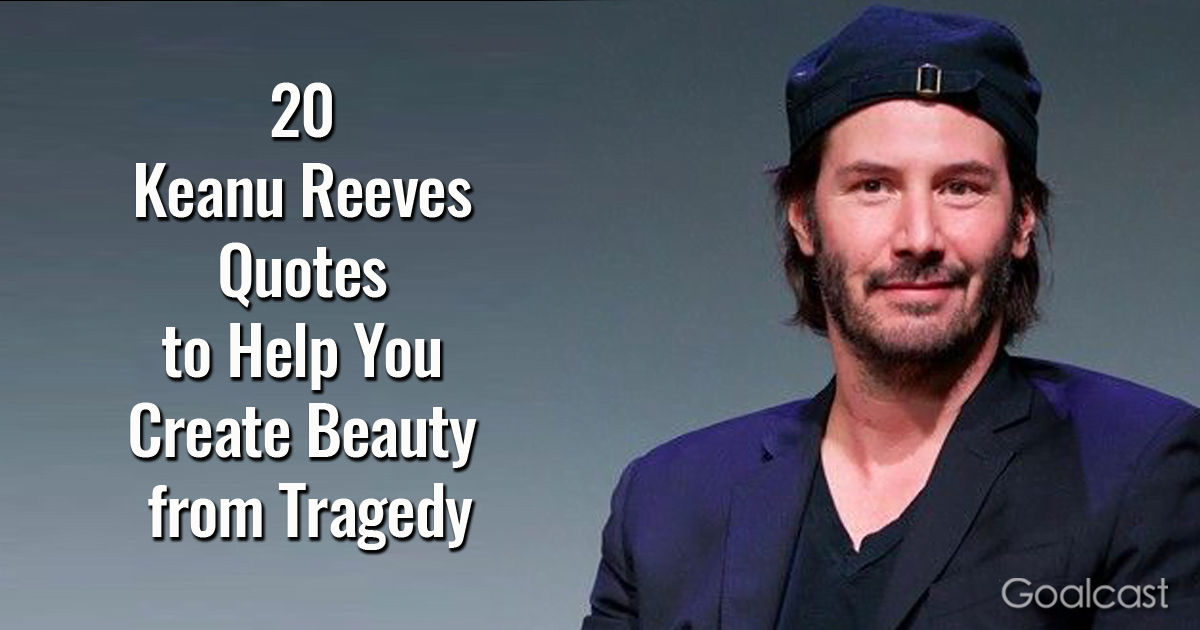 Here are 29 quotes by the acting legend himself.

By Flavia Medrut,
Reported to be one of the most generous actors in Hollywood, Keanu Reeves was born in Beirut, Lebanon, and was raised in Toronto, Canada.Reeves began his acting career at the age of nine and Bill & Ted’s Excellent Adventure was the first movie to bring him major recognition. However, playing hero Neo in sci-fi extravaganza The Matrix, made him an international superstar.Throughout his life, Reeves has been no stranger to hardship. His father left him and his mother when he was only 2 years old and was later imprisoned for selling heroin. His mother went on to marry three more times and they moved a lot.In 1999, Keanu’s longtime girlfriend Jennifer Syme, gave birth to a stillborn baby girl, and after 18 months she also died in a car crash. Remarkably, all these tragedies couldn’t stop him from becoming the awesome person that he is today.

Compared to other glamorous celebrities, Reeves lives a quiet and calm way of life and didn’t even own a house until 2003. He battles his demons with grace and shows nothing but kindness by supporting many good causes.

Here are 20 Keanu Reeves quotes to help you create beauty from tragedy.