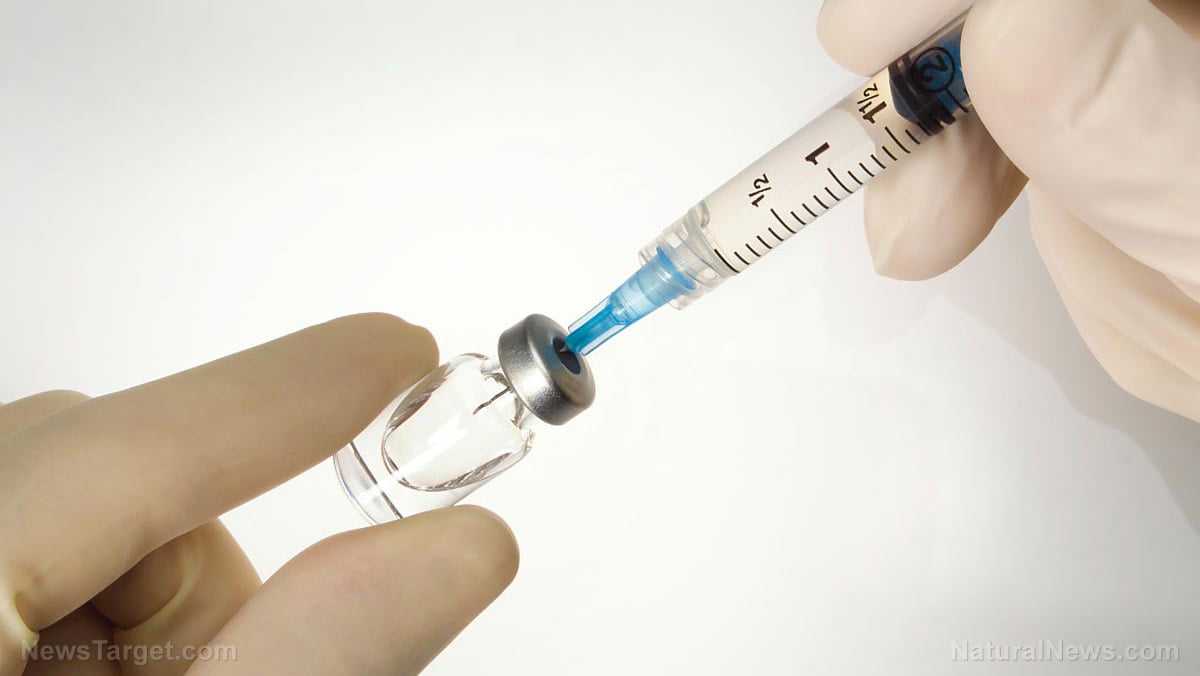 As government continues to speak about things we’ve not authorized them to be dealing with, namely mandatory vaccinations, a brief report has come out by Families 4 Vaccine Choice that illuminated us as to what is in vaccines and RNA.  If you have a weak stomach, brace yourself.

In a report posted earlier this year, the group pulled from a few sources, including the Center for Disease Control’s own website to provide the following information.

“What exactly is RNA and what does it have to do with vaccines? To understand this, we must first understand that vaccines are considered a biologic,” the report reads.

They then cite Biotechnology Innovation Organization for how a biologic is defined.

A biologic is manufactured in a living system such as a microorganism, or plant or animal cells. Most biologics are very large, complex molecules or mixtures of molecules. Many biologics are produced using recombinant DNA technology.

…it is difficult, and sometimes impossible, to characterize a complex biologic by testing methods available in the laboratory, and some of the components of a finished biologic may be unknown.

Therefore, for biologics, “the product is the process.” Because the finished product cannot be fully characterized in the laboratory, manufacturers must ensure product consistency, quality, and purity by ensuring that the manufacturing process remains substantially the same over time.

The living systems used to produce biologics can be sensitive to very minor changes in the manufacturing process. Small process differences can significantly affect the nature of the finished biologic and, most importantly, the way it functions in the body.”

The report then goes on to ask what is “recombinant DNA technology,” or RNA.  In fact, the report makes mention of the fact that most people have no idea as to how RNA is produced.  Yet, The Encyclopedia Britannica provides the answer.

“Recombinant DNA technology, joining together of DNAmolecules from two different species that are inserted into a host organism to produce new genetic combinations that are of value to science, medicine, agriculture, and industry. Since the focus of all genetics is the gene, the fundamental goal of laboratory geneticists is to isolate, characterize, and manipulate genes. Although it is relatively easy to isolate a sample of DNA from a collection of cells, finding a specific gene within this DNA sample can be compared to finding a needle in a haystack. Consider the fact that each human cell contains approximately 2 metres (6 feet) of DNA. Therefore, a small tissue sample will contain many kilometres of DNA. However, recombinant DNA technology has made it possible to isolate one gene or any other segment of DNA, enabling researchers to determine its nucleotide sequence, study its transcripts, mutate it in highly specific ways, and reinsert the modified sequence into a living organism.”

So, what does that mean when it is added to a variety of vaccines?

Families 4 Vaccine Choice illustrated the various DNA in our modern vaccines, and each of them can be discovered, along with the vaccines they are put into at the CDC website.

Here’s where you may want to hold your lunch.

Now we learn that with RNA, as stated above, “DNA molecules from two different species that are inserted into a host organism to produce new genetic combinations”. So that means they are splitting human DNA with the DNA of animals and aborted fetuses and then injecting it back into our bodies with the hopes that it will cause us to create the antigen needed to immunize us against a virus. Did you notice that most of those with animal and human DNA are on the schedule for our children to be injected with before they start school and throughout our lives?

Not only is this highly unethical and even criminal, but there’s billions of dollars to be made from it while at the same time engaging in a global population control agenda.

One of the people financially backing quite a bit of this is none other than Microsoft’s Bill Gates.

However, listen to this little talk he gave at TED 2010 with reference to climate change and emissions and depopulation.

“First, we’ve got population,” Gates said.  “The world today has 6.8 billion people. That’s headed up to about nine billion. Now, if we do a really great job on new vaccines, health care, reproductive health services, we could lower that by, perhaps, 10 or 15 percent. ”

So, isn’t Gates talking about either using vaccines to sterilize or to possibly kill 10 or 15 percent of the population?  How else am I or anyone else supposed to understand such a statement?

The report also reminds us that Gates is responsible for pushing Common Core into the public school system.