Prepare For Change
Home Ascension Urgent! Peace Meditation for Syria and the India-Pakistani conflict daily at 4:45... 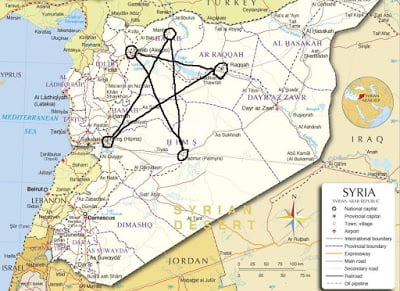 From our friends at WeLoveMassMeditation:

UPDATE: Turkey is now prepared to make a move in northern Syria
https://www.rt.com/news/470264-turkey-ready-operations-syria/
https://www.rt.com/news/470294-turkey-syriam-border-reinforcements/
Instructions on this meditation has been updated to reflect this latest development.There are new developments in situations between India and Pakistan, and between Syria and Turkey.

In February 2019, there was a suicide bombing of Indian police troops in Kashmir. Tension escalated rapidly between nuclear-armed neighbors India and Pakistan after air combat between the rivals ended with the reported loss of aircraft by both nations. A meditation was organized to harmonize the situation.

On August 5th, India revoked the autonomy status of Jammu and Kashmir state. The Indian government also imposed a curfew and detained nearly 4,000 people, including lawyers and journalists.

Now, Pakistan is threatening India that a small-scale conflict between the two arch-rivals could ignite a nuclear war that would kill hundreds of millions.

If Turkey’s plan goes ahead, it will lead to direct conflicts with US proxy forces in Syria’s northeast, especially the Kurdish YPG arm of the Syrian Democratic Forces (SDF).

Turkey also aims to create a buffer zone as deep as 30 kilometers (19 miles) — running from the Syrian town of Manbij on the west bank of the Euphrates river to the Iraqi border in the east. This would result in ethnic cleansing and dramatic demographic shift of Sunni Arab Syrians into a traditionally Kurdish area.

On Saturday, October 5th, President Erdogan said his country forces are on standby to move further east of Euphrates River in northern Syria. They are ready to move in on short notice.

It is important to note that the real occult reason for the Syrian conflict is the battle for the Syrian goddess vortex which is one of the most important key energy points in the planetary energy grid.

Also, Manbij was the center of worship of the Syrian goddess of fertility, Atargatis, and her original energy is one of the key energies for a peaceful transition into the post- Event society.

Therefore, we are going to organize an urgent meditation daily at 4:45 PM UTC to help to de-escalate the tension and prevent major conflicts in Syria and between India and Pakistan.

The following table shows the time of the meditation for selected time zones:

Here is the link to the YouTube playlist of guided audios for this meditation:

2. State your intent to bring peace and healing to the situations in Syria and between India and Pakistan.

4. Visualize this Light flowing through your heart and then through your hands directly to everybody involved in the potential conflicts of the Turkish army in northern Syria and between India and Pakistan, harmonizing everyone and bringing peace. Let the pink Light then flow onwards, healing all other conflicts worldwide.

5. Ask the Goddess presence (the divine feminine) to direct energies of peace and harmony to all unresolved situations regarding the potential conflicts of the Turkish army in northern Syria and between India and Pakistan and everyone involved in it. Let these energies then flow onwards and heal all other conflicts worldwide. Allow these energies to continue to flow through your heart and then through your hands into these situations for a few minutes.