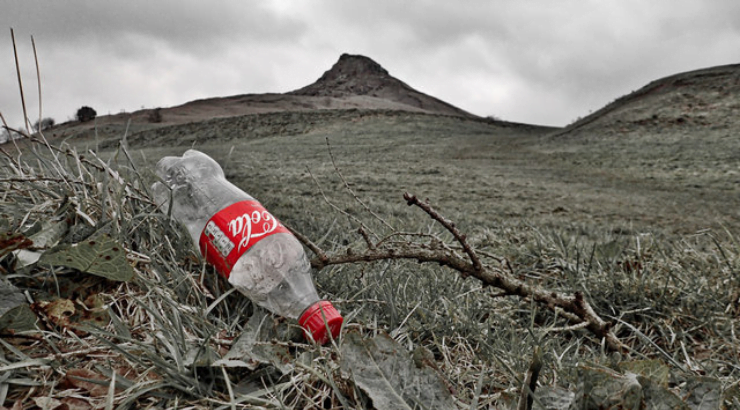 Coca-Cola is responsible for more plastic trash than the next top three polluters combined.

Coca-Cola has been found to be the top polluter in a global audit of plastic waste released by the Break Free From Plastic NGO.

The report, released Wednesday, shows that the transnational soft drink conglomerate is responsible for more plastic trash than the next top three polluters combined.

Over 72,500 volunteers spread across 51 countries worked on beaches, in waterways, and walked along city streets picking up plastic bottles, wrappers, bags, scraps, and other waste during a one-day cleanup in September to complete the audit.

The report detailed how Coca-Cola was by far the top polluter, with 11,732 plastics recorded across 37 countries on four continents accounting for roughly 2.5 percent of total plastic waste analyzed in the report. The company was the top plastic source in Africa and Europe and the second-largest source in Asia and South America.

Nestle and PepsiCo came in at second and third place, respectively, as the next top producers of plastic waste, with Mondelez International—the owner of popular snack brands like Oreo, Ritz, Nabisco, and Nutter Butter—and Unilever coming in as runners-up.

In a statement, Break Free From Plastics blasted the companies ranking at the top of the audit for having “offered mostly false solutions to the plastics crisis, underscoring how important it is for voices from beyond the consumer goods sector to demand accountability and call for an end to single-use plastics.”

“This report provides more evidence that corporations urgently need to do more to address the plastic pollution crisis they’ve created.

Their continued reliance on single-use plastic packaging translates to pumping more throwaway plastic into the environment.

Recycling is not going to solve this problem.

Break Free From Plastic’s nearly 1,800 member organizations are calling on corporations to urgently reduce their production of single-use plastic and find innovative solutions focused on alternative delivery systems that do not create pollution.”

Coca-Cola had previously admitted that it produces a staggering 3.3 million tons of plastic packaging per year, the rough equivalent of 200,000 bottles every minute, in figures released to The Ellen MacArthur Foundation.

Many of the companies have pledged to make their products “100 percent recyclable,” but Break Free From Plastic has blasted this as corporate propaganda that woefully falls short of addressing the real issue, noting that “recycling is not the magic solution it is often claimed to be.”

Coke introduced a new plastic bottle earlier this month that it claims is made from recycled marine plastic, while last year the company vowed to collect and recycle “the equivalent of every bottle or can it sells globally.”

However, plastic bottles are only able to be recycled a few times before their polymer chains shorten, leading to a deterioration of quality. Many plastics are also turned into products including clothing, construction material and other products which aren’t ever recycled again.

“We cannot recycle our way out of the plastic problem, and companies that are claiming it is the solution are simply avoiding making real change.”

The use of plastic is key to the workings of the global economy, and while most global and local authorities acknowledge the huge harm it causes to the environment, its usage has also paved the way to spectacular advances in modern society in the fields of medicine, food preservation, water transportation, hygiene, high technology, and a range of other applications.

Yet in an economy that places the greatest incentive on short-term profit and a culture revolving around convenience and mass consumption, plastics have also become a curse—with a “throwaway” mentality and single-use disposable products displacing durable, reusable, and washable products.

As fracked natural gas supplies increase in the United States and across the world, the cost of producing and exporting plastics has become cheaper, making the plastic market hugely profitable once again for the fossil fuel and petrochemical industries.