Prepare For Change
Home Awakening Brace For Impact! The U.S. Economy Is Going Down, And It Is... 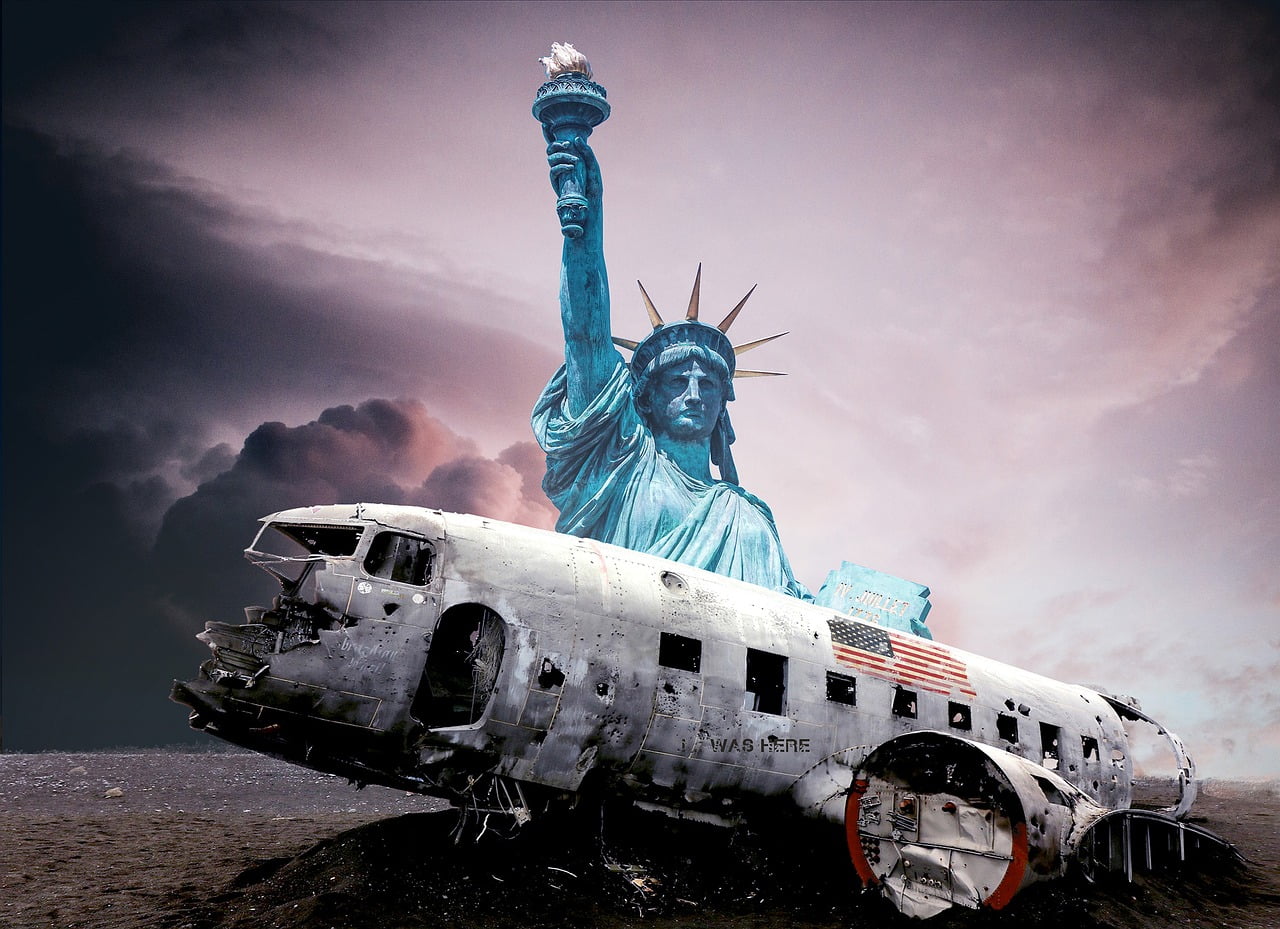 I have so many bad economic numbers to share with you that I don’t even know where to start.  I had anticipated that the U.S. economic slowdown would accelerate during the fourth quarter of 2019, and that is precisely what has happened.  The Federal Reserve is trying to do all that it can to keep us from officially slipping into a recession, and the federal government is literally spending money as if tomorrow will never come, but all of that intervention has not been enough to reverse our economic momentum.  We are really starting to see conditions begin to deteriorate very rapidly now, and 2020 is already shaping up to be the most pivotal year for the U.S. economy since 2008.

Let me start my analysis by discussing how U.S. consumers are doing right now.  According to CBS News, a major new study that was just released found that 70 percent of all Americans are struggling financially…

Many Americans remain in precarious financial shape even as the economy continues to grow, with 7 of 10 saying they struggling with at least one aspect of financial stability, such as paying bills or saving money.

The findings come from a survey of more than 5,400 Americans from the Financial Health Network, a nonprofit financial services consultancy. The project, which started a year ago, is aimed at assessing people’s financial health by asking about debt, savings, bills and wages, among other issues.

That sure doesn’t sound like a “booming economy”, does it?

And even though things are already really tough for millions upon millions of American families, it appears that things are rapidly getting worse.  In fact, we just witnessed the largest decline for the Bloomberg Consumer Comfort Index since 2008…

Despite stocks soaring to record highs, The Bloomberg Consumer Comfort index fell last week to 58.0 from 59.1 a week earlier, and has now plunged 5.4 points in three weeks, the biggest such drop since 2008…

Yes, the employment situation in this country is still relatively stable for the moment, but the truth is that most of the “jobs” that have been “created” in recent years actually pay very little.  If you can believe it, 58 million jobs in the United States currently pay less than $793 a week…

There are now roughly 105 million production and nonsupervisory jobs in the U.S. That’s 83 percent of all private sector jobs. And more than half of them — 58 million — pay less than the average weekly U.S. wage of $793. Many of these jobs don’t offer health care or other benefits.

These are the best jobs that many Americans can find and the most hours they can get.

And I discussed in a previous article, 50 percent of all U.S. workers currently make less than $33,000 a year.

In recent years, many families have increasingly turned to debt in order to maintain their “middle class lifestyles”, but now a lot of those debts are starting to go bad.

In fact, the New York Fed just announced that serious auto loan delinquencies in the United States have hit a brand new record high.  The following comes from Wolf Richter…

Serious auto-loan delinquencies – auto loans that are 90 days or more past due – in the third quarter of 2019, after an amazing trajectory, reached a historic high of $62 billion, according to data from the New York Fed today

Do you remember the subprime mortgage meltdown of 2008?

Meanwhile, the bad economic numbers just keep rolling in.  Here are a few new data points that we have gotten since my last article…

-We just witnessed the worst decline for U.S. industrial production since 2009.

-The Cass Freight Index has just fallen for the 11th month in a row.

-Sears has announced that they will be laying off hundreds of workers as they continue to close stores at a very rapid pace.

At this point, it is going to be a real challenge to keep U.S. GDP growth above zero for the fourth quarter.  If you can believe it, the latest forecast from the Atlanta Fed is projecting a fourth quarter growth rate of just 0.3 percent…

The GDPNow model estimate for real GDP growth (seasonally adjusted annual rate) in the fourth quarter of 2019 is 0.3 percent on November 15, down from 1.0 percent on November 8. After this morning’s retail trade releases from the U.S. Census Bureau, and this morning’s industrial production report from the Federal Reserve Board of Governors, the nowcasts of fourth-quarter real personal consumption expenditures growth and fourth-quarter real gross private domestic investment growth decreased from 2.1 percent and -2.3 percent, respectively, to 1.7 percent and -4.4 percent, respectively.

We aren’t talking about 3 percent.  They are projecting growth of “0.3 percent”, and if we slip below zero we could actually be in the beginning of a recession right now without even realizing it yet.

The Federal Reserve has been attempting to bolster the economy by cutting interest rates and by pumping massive amounts of money into the financial system.  They are telling us that this new round of money creation is “not QE”, but from the very beginning I have been pointing out that it really is more quantitative easing, and many in the financial world are starting to acknowledge this reality…

After a month of constant verbal gymnastics (and diarrhea from financial pundit sycophants who can’t think creatively or originally and merely parrot their echo chamber in hopes of likes/retweets) by the Fed that the recent launch of $60 billion in T-Bill purchases is anything but QE (whatever you do, don’t call it “QE 4”, just call it “NOT QE” please), one bank finally had the guts to say what was so obvious to anyone who isn’t challenged by simple logic: the Fed’s “NOT QE” is really “QE.”

In a note warning that the Fed’s latest purchase program – whether one calls it QE or NOT QE – will have big, potentially catastrophic costs, Bank of America’s Ralph Axel writes that in the aftermath of the Fed’s new program of T-bill purchases to increase the amount of reserves in the banking system, the Fed made an effort to repeatedly inform markets that this is not a new round of quantitative easing, and yet as the BofA strategist notes, “in important ways it is similar.”

But as I discussed earlier, all of the Fed’s efforts are not working.

No matter how hard they try, they have not been able to reverse our economic momentum.

And many people believe that what we have seen so far is just the tip of the iceberg.  In fact, trends forecaster Gerald Celente is convinced that we are heading for: “Gerald Celente: BUCKLE UP – You Haven’t Seen Anything Yet, Global Collapse To Accelerate”

You think you have a crisis in a country near you now? You haven’t seen anything. When the Greatest Depression hits, people are going to be escaping violence, poverty, corruption — civil wars are happening in front of everybody’s eyes. And you think you’ve got a homeless problem in a city near you? You haven’t seen anything. You are going to see homeless everywhere. This is out of control and it’s going to only get worse as the global economy slows down…

And you know what?

What is coming is going to make 2008 look like a Sunday picnic, and our society is completely and utterly unprepared for what is about to happen.