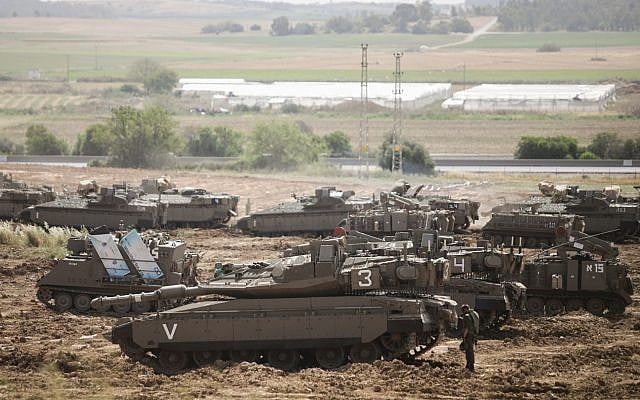 Israel fears the International Criminal Court’s decision to move forward with a potential investigation into crimes allegedly committed in the Palestinian territories by Israel will open up current and former government officials and military personnel to prosecution on the global stage, according to a report Saturday.

With Israel planning to refuse to cooperate with a potential investigation by the ICC, officials fear top officers of the Israel Defense Forces, as well as low-ranking soldiers, could face international arrest warrants, Israel’s Channel 12 reported.

The prime minister, defense ministers, IDF chiefs and the heads of the Shin Bet security service over the past five years could all face the danger of prosecution.

The ICC deals with the prosecution of individuals for alleged crimes, rather than states.

Regarding the question of whether Israel will cooperate with the ICC’s pre-trial chamber in the coming 120 days, an official in the PMO said: “A decision will be reached after the legal teams make their recommendations.”

Meanwhile diplomatic sources told Channel 12: “There will be no cooperation with the court… certainly not if it will eventually be decided to open an [official] probe.”

Private Israeli organizations could potentially defend those prosecuted but the Israeli government would not work with a probe in any formal capacity, they said. 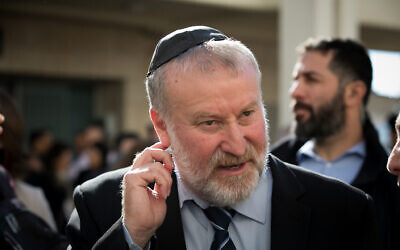 He said Israel “is a democratic state of law, obligated and committed to respecting international law and humanitarian values. This commitment has stood strong for decades, through all the challenged and tough times Israel has faced. It is rooted in the character and values of the State of Israel and guaranteed by a strong and independent justice system…there is no place for international judicial intervention in such a situation.”

Bensouda has now referred the matter of the probe to the Hague-based tribunal to rule on the specific territory over which it has jurisdiction, as Israel is not a member of the court.

On Saturday, National Union chairman and Transportation Minister Bezalel Smotrich called on Prime Minister Benjamin Netanyahu to give the Palestinian Authority a 48-hour ultimatum to pull its petition or see the Ramallah-based political authority “torn down.” 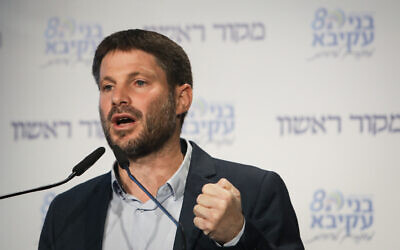 Smotrich slammed the ICC as “anti-Semitic” and said Netanyahu should have issued the ultimatum to the PA years ago when it filed the request to open the probe in 2015.

Blue and White chairman Benny Gantz also attacked the court’s decision. Citing his decades of military service, including as the IDF’s 20th chief of staff, Gantz “unequivocally” stated that “the IDF is one of the most moral armies in the world.”

He asserted that “The IDF and the State of Israel do not commit war crimes.” 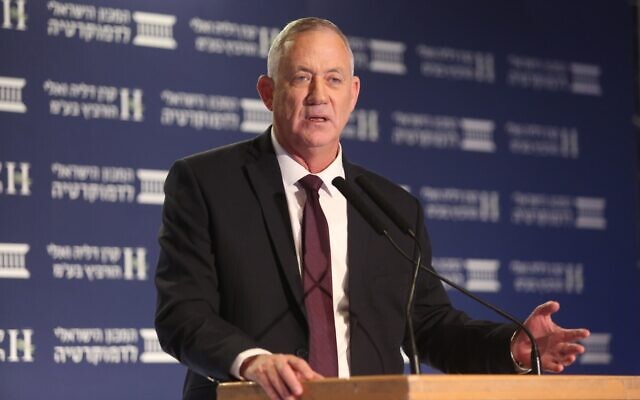 Benny Gantz at the Eli Hurvitz Conference on Economy and Society organized by the Israel Democracy Institute, December 17, 2019 (Michal Fattal)

Gantz argued that there was “no basis” for the ICC top prosecutor’s demand that a criminal probe be opened into “the situation in Palestine.”

Gantz argued that Bensouda’s decision had been politically rather than legally based. 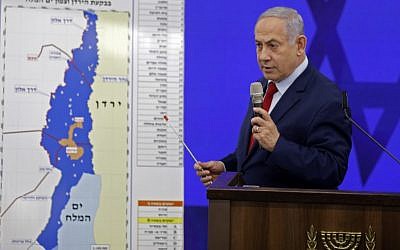 Prime Minister Benjamin Netanyahu speaks before a map of the Jordan Valley, vowing to extend Israeli sovereignty there if reelected, during a speech in Ramat Gan on September 10, 2019. (Menahem Kahana/AFP)

“I want to be clear: In the fight for Israel’s international legitimacy: there is no coalition or opposition. We will all fight for justice and for our fundamental right to defend the State of Israel and the citizens of Israel,” the Blue and White chairman said.

Repeating the official Israeli line on the matter, Shaked said the ICC “has no authority” to open the probe. She then called on the government to “fight the court with all the tools at its disposal.”

But on the left, lawmakers remained largely silent in the more than 24 hours since Bensouda announced there was a “basis” to investigate alleged war crimes in the Palestinian territories.

Democratic Camp chairman Nitzan Horowitz retweeted a post by an Israeli reporter who pointed out that Netanyahu was warned last month that the probe could be imminent after Bensouda wrote her office was watching with “concern” following the premier’s announcement of his plans to annex the Jordan Valley.

Bensouda said Friday that in addition to there being grounds to probe Israel, there was also a “reasonable basis” that Hamas and other Palestinian terror groups committed war crimes by targeting civilians and torturing individuals.

Senior Palestinian official Saeb Erekat said Saturday that the PA would file a list to the ICC with the names of all “the Palestinian victims” of the conflict.

In the Gaza Strip, a Hamas spokesman praised the announcement, even though Bensouda said there were also grounds to probe the terror group for war crimes.

The ICC announcement has been widely praised by Palestinian leaders, with PA President Mahmoud Abbas calling it a “great” and “historic” day.

“We have achieved what we want, and from this day on, the ICC machine will start accepting the cases that we have previously presented,” he was quoted saying by the official Wafa news agency at an event for his Fatah party in Ramallah.

Meanwhile, Netanyahu called it “a dark day for truth and justice.” 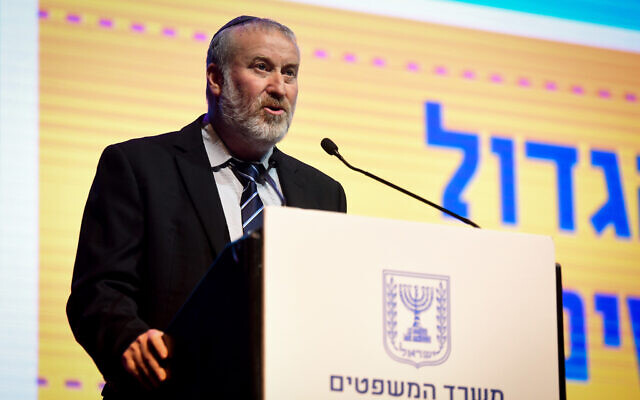 It was also condemned by US Secretary of State Mike Pompeo, who said the inquiry “unfairly targets” the Jewish state.

Netanyahu expressed astonishment that Bensouda “says it is a crime, a war crime, for Jews to live in their homeland, the land of the Bible, the land of our forefathers.” Bensouda had said Israel’s policy of settling its civilians in the West Bank could constitute a crime.

Anticipating Bensouda’s announcement, Israeli officials had earlier made public a legal opinion by Mandelblit arguing that the court has no jurisdiction for an investigation. He claimed that by turning to the ICC, the Palestinians were seeking “to push the Court to determine political issues that should be resolved by negotiations, and not by criminal proceedings.”

According to the Foreign Ministry’s legal adviser, Tal Becker, “There is a Palestinian effort to criminalize the conflict, where only the Israelis have legal obligations and only the Palestinians have rights. But as history has shown, that will only drive the two sides further apart.” 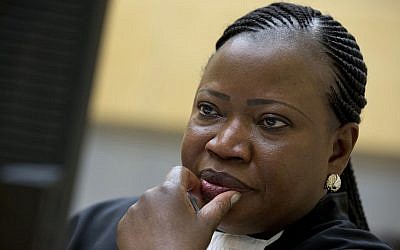 Prosecutor Fatou Bensouda waits for the start of a trial at the International Criminal Court (ICC) in The Hague, Netherlands. November 27, 2013. (Peter Dejong/AP)

The preliminary examination by the ICC was launched in 2015 after the PA signed the Rome Statute and formally accepted the court’s jurisdiction over its territory. It probes Israeli construction beyond the Green Line, the 2014 Gaza War and the so-called March of Return Gaza border protests.

Bensouda has in the past indicated that the question of whether the court has jurisdiction was a complicated one, which is why the attorney general last year decided to issue a paper explaining Israel’s point of view, said Roy Schöndorf, the deputy attorney general for international law at the Justice Ministry.

The attorney general’s report only deals with the ICC’s supposed lack of jurisdiction. Mandelblit did not address other matters that the prosecutor has to take into account as she weighs opening an investigation, such as whether the alleged crimes are grave enough to merit the court’s involvement, or if local courts are reliable to investigate them.