Prepare For Change
Home ARCONTES Iraqi PM Confirms Soleimani on Diplomatic Mission at the Request of the... 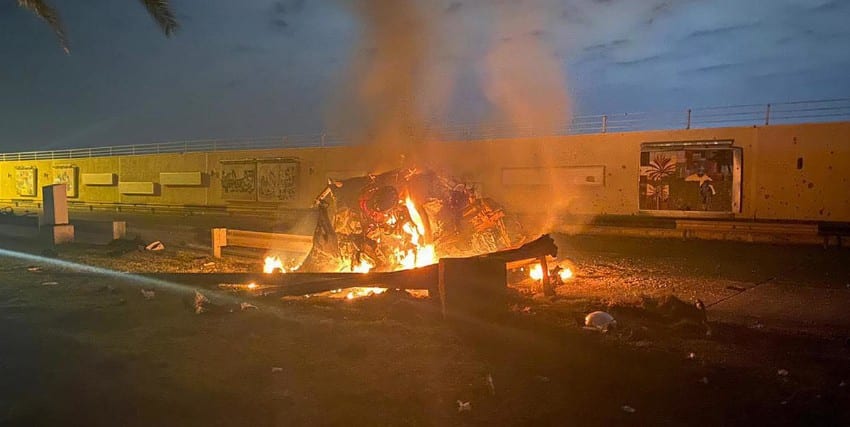 Notes by the Senior Editor

Trita Parsi will forgive me for this note of displeasure, one only a combat veteran has the right to make, someone who has fought in an American disaster, in my case, Vietnam.

Those who participated in the murder of Soleimani are cowards and scum and should rot in hell.  This is the single most dishonorable act by the American military since the Mai Lai massacre.  Read why below.  Honorable American veterans have been shamed to the breadth of our existence by the unique level of sniveling cowardice exhibited by all involved, Marines, Army and Air Force.

1. Iraqi prime minister says Soleimani was in Iraq for a mediation effort

Iraqi Prime Minister Adil Abdul-Mahdi has made some shocking revelations that put the assassination of Soleimani in a completely different light. He told the Iraqi parliament on Sunday that he “was supposed to meet Soleimani on the morning of the day he was killed, he came to deliver me a message from Iran responding to the message we delivered from Saudi to Iran.”

Iraqi PM arriving for vote on American expulsion
If this account is true, Trump — perhaps deliberately — acted to scuttle an effort to reduce tensions between Iran and Saudi Arabia.

But it also shows that as the United States was signaling that it would not go to war with Iran — as Trump did earlier this summer — this compelled Saudi Arabia and the UAE to begin quiet negotiations with Iran to resolve their tension. As long as the Saudis and the Emiratis felt they could push the U.S. to go to war with Iran, they had no interest in diplomacy with Iran. The U.S.’s military protection of these countries essentially disincentivized them from pursuing peace.

In the past few months, under the impression that Trump had opted against war, they began careful diplomacy with Tehran. The U.S. should have welcomed this development. But the killing of Soleimani may have at the same time killed that effort and once again given Saudi Crown Prince Mohammed bin Salman and the Emiratis a license to continue recklessness and destabilization.

Rather than being a blow to Iran, the assassination of Soleimani has fueled nationalist sentiments in Iran and unified the political elite as well as the country. The crowds of mourners in the cities where his casket has been taken were in the hundreds of thousands, if not millions.

Only a few months ago, there were widespread protests against the Iranian government, which were met with brutal force and repression. Now, Iranians are protesting alongside the government, not against it.

The Iraqi parliament on Sunday voted to expel all U.S. military forces from Iraq, as a direct consequence of the Soleimani assassination. Iraqis have tried to walk a fine balance between the U.S. and Iran, but the assassination made that balance untenable. Iraqis don’t want their country to become the arena for a U.S.-Iran war, and the U.S. military presence made that risk all too likely.

While many will point out that this is a victory for Soleimani and Iran, it is also important to note that this is also what the American public wants. In fact, this is what Trump promised them he’d do.

The U.S. military presence in Iraq does not add to U.S. national security. Instead, it increases the threat of what would be a disastrous U.S.-Iran war. The U.S. does not need to have 5,000 troops in Iraq to assist in the fight against ISIS. Trump should welcome the vote and bring American military servicemen and women home to be with their families.

4. Pompeo’s absurd claim that war with Iran started with the nuclear deal

“This war kicked off when the JCPOA was entered into,” Secretary of State Mike Pompeo told CNN’s Jake Tapper on Sunday, referring to the Joint Comprehensive Plan of Action. This is an astonishing statement. In Pompeo’s view, the U.S. and the entire international community (save Israel, Saudi Arabia, and the UAE) entering an agreement to block Iran’s path to a nuclear bomb was tantamount to starting a war.

What threatens Pompeo is not war. It’s peace. He is doing everything he can to ensure that tensions with Iran don’t get resolved. For him, the “war” to start a war with Iran started when the U.S. embarked on a path of resolving its tensions with Iran.

5. Iran announces further reductions in its commitments to the JCPOA

Iran has announced the fifth reduction of its commitments to the JCPOA. This is not tantamount to Iran quitting the JCPOA, as it has left the door open to recommit itself to all of the restrictions of the nuclear agreement if the U.S. lifts sanctions on Iran. (Those sanctions, it should be mentioned, are a violation of the JCPOA as well as the United Nations Security Council Resolution that embodies the JCPOA). Nevertheless, this is a step that will further increase tensions.

and from Press TV: 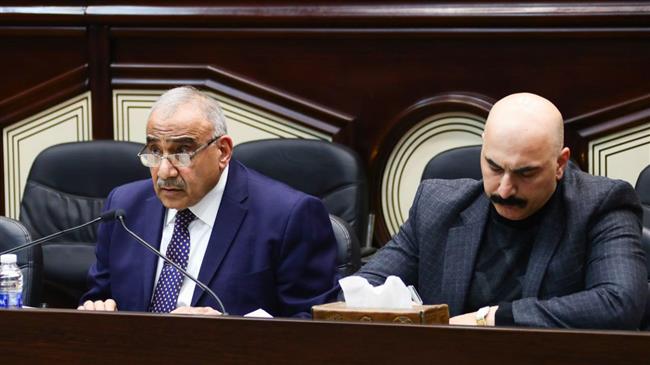 Iraq’s Caretaker Prime Minister Adel Abdul-Mahdi has said that Lieutenant General Qassem Soleimani was set to deliver Tehran’s reply to an earlier Saudi message regarding de-escalation talks mediated by Baghdad when he was assassinated.

Abdul-Mahdi made the remarks during an extraordinary parliamentary session in the capital which led to the adoption of a law demanding the withdrawal of US forces from the country on Sunday, the National Iraqi News Agency reported.

The premier said that he was due to meet Soleimani at 8:30 am local time on Friday before the US assassinated the general a few hours earlier.

The revelations come as Baghdad has been mediating talks between Tehran and Riyadh following a recent uptick of tensions the region.

Sunday’s parliamentary vote was held in response to Washington’s Friday airstrikes targeting Soleimani and his comrades. 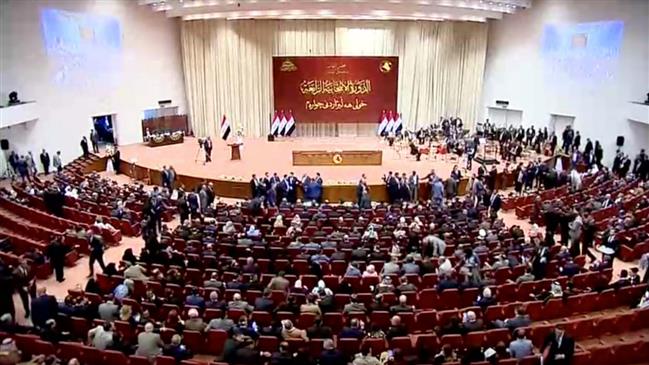 Iraqi lawmakers approve bill to expel US forces from country

The lawmakers, in line with their national and regulatory responsibilities, singed the four-point draft.

Iran’s judiciary has said that the attack took place despite Soleimani being a “formal” and “high profile” guest of the Iraqi government. 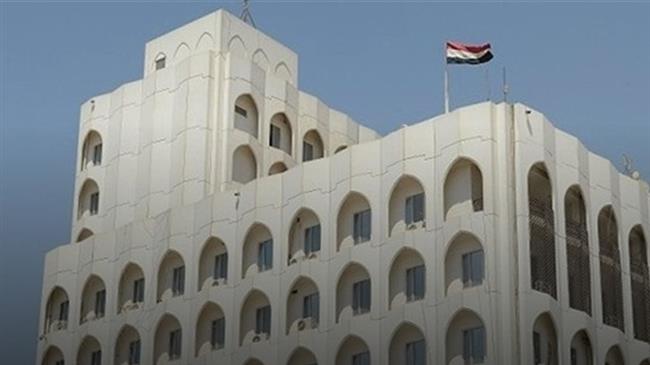 Iraq has filed a formal complaint to the UN chief and the UN Security Council over the US assassination of Lt. Gen. Soleimani and and the second-in-command of Iraq

The Sunday vote comes as many Iraqi figures and parliamentary factions have been long demanding the withdrawal of US troops from the country, specifically following a series of unclaimed airstrikes on PMU forces.

Abdul-Mahdi also revealed in his Sunday remarks that Washington had confirmed to Baghdad that Tel Aviv was behind a number of the attacks.

“America informed us that Israel bombed the warehouses of the PMU last summer,” he said, calling on the parliament to take all measures to end the presence of foreign forces in Iraq.

Witnesses told AFP that the rockets had landed close to the US embassy without further elaborating on probable casualties.

No group has yet claimed responsibility for the attack.