The U.S. murder of top Iranian general Qasem Soleimani was either a “brilliant chess move” or a very stupid mistake, but either way, it has severely harmed the Zionists.

“The martyrdom of Soleimani may have been a brilliant chess move by U.S. President Donald Trump to unleash global anti-Semitism and terminate Israel, Saudi Arabia, Zionism, Exxon, and the deep state using Iran, Russia, China, Turkey, the EU, and its allies,” was how one Pentagon source summed up the situation.

However, British Intelligence got a very different story from their U.S. counterparts, who told them Soleimani was killed because “he was going to set off nuclear weapons in an attempt to start WWIII and bring on the Mahdi or Messiah.”  The British don’t believe this excuse and note that “It was highly unusual the Pentagon did not forewarn Great Britain,” according to MI6 sources.

Regardless, despite the incredible Zionist beating of war drums, the Pentagon, Russian, and Chinese sources agree that this incident will not be allowed to escalate into WWIII.

“As Einstein said, ‘I know not with what weapons World War III will be fought, but World War IV will be fought with sticks and stones.’  We need to make sure the Iran situation does not threaten modern civilization,” was how an Asian Secret Society source described China’s view of this engineered crisis.

“…Eliminating officials of another UN member state…blatantly violates the principles of international law and should be condemned,” was Russian Foreign Minister Sergey Lavrov’s response to the incident.  The world community will support Iranian war crime charges against Trump and he will eventually end up in jail for this crime, Russian FSB sources promise.
https://tass.com/politics/1105565

Veteran’s Today is reporting that the U.S. government committed a war crime by officially inviting Soleimani, under the promise of diplomatic immunity and the lifting of sanctions on Iran, only to ambush and kill him.
https://www.veteranstoday.com/2020/01/05/breaking-confirmed-solemeini-killed-on-diplomatic-mission-to-iraq-to-receive-trump-pompeo-missive/

Pentagon sources say that because Trump was “tricked into ordering the hit [on Soleimani] with false Israeli Intelligence,” he now has cause and may fire …

“The red flag of jihad has been declared on Israel and Saudi Arabia, as Iran has been given casus belli and global approval, while Trump has political cover to pull U.S. troops and U.S. citizens out of harm’s way,” the sources say.

“As sealed indictments approach the biblical number of 144,000, kinetic warfare may be combined with lawfare through the ICC and military tribunals to wage total war against the Zionists,” they continue.  “The ICC may also prosecute Israel and Saudi Arabia for war crimes in Yemen, crimes against humanity in Syria, Iraq and Libya, and any Zionists or deep state agents aiding or abetting ISIS [Daesh],” they say.

The Zionists may have made this desperate attempt to start war against Iran because of the dragnet that’s closing in on them.  For example, evidence is appearing in the mainstream press that chemical weapons attacks on Syria were faked by the Zionist-controlled Organization for the Prohibition of Chemical Weapons.  This means their information control grid is collapsing.
https://www.independent.co.uk/voices/syria-war-chemical-weapons-watchdog-opcw-assad-damascus-russia-a9262336.html

In any case, the attempt to start WWIII with Iran is definitely connected to the ongoing bankruptcy negotiations of the U.S. Corporation, agree various secret society sources.  So far, the U.S. Corporation has not found funding to continue its operations past January 31st, and that may be the real reason why they played their war card yet again, one Asian secret society source noted.

Certainly the media hysteria over Iran has distracted people from the fact that the U.S. economy is in a free-fall worse than the Lehman crisis of 2008.  Here are a few recent signs of this.

The Baltic Dry Index has plunged 64% in the past three months as the world stops trading with the U.S.
https://www.bloomberg.com/quote/BDIY:IND

U.S. factory output has fallen to its lowest level since 2009 immediately after Lehman.

Another indication the U.S. Corporation is desperate for funds is the fact that NASA (Not A Space Agency) is seeking survival money from Japan.
https://mainichi.jp/english/articles/20200101/p2a/00m/0na/006000c

The U.S. Corporation was able to fool China and get funding to keep its operations going after the Lehman crisis by promising a black communist president—Barack Obama.

This time may be different, because so far only the Federal Reserve Board is buying U.S. stocks and U.S. Treasuries.

However, FRB funny money is not acceptable for the U.S. Corporation’s international payments that are due January 31st.

The fact is that U.S. debt is soaring, while population bombs and denying reality with funny money are not going to solve the problem. 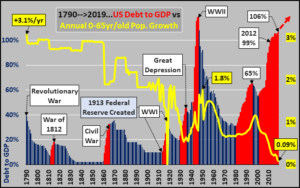 What the American people need to understand is that the world is trying to free them from the U.S. Corporation’s Babylonian debt slavery and restore the Republic of the United States of America.  This will lead to a huge jump in U.S. living standards, similar to the near doubling of Russian living standards that was seen after Vladimir Putin kicked the Khazarian mafia out of his country.

Even if the U.S. Corporation is funded past January 31st, the world is headed for extreme turbulence and a major purge as the Zionist beast is put down, Pentagon sources say.

The situation in Iran has distracted from many radical events taking place elsewhere in the world.  For example, the Zionist press is ignoring the news that their Venezuelan opposition leader and self-proclaimed “president” Juan Guaidó has been removed from his post as chief of the National Assembly, as multiple Venezuelan media outlets have reported.  This means they will not be able to use Venezuelan oil to pay their bills.

Meanwhile, the massive wildfires threatening Australia are now being labeled by Australian police and military sources as a deliberate attack on that country.  This arson is being accompanied by a huge corporate media campaign aimed at trying to force the Australian government to pay a carbon tax to cabalists, Australian secret intelligence service sources report.  Police say most of the fires have been caused by arsonists and not by “global warming.”
https://summit.news/2020/01/03/australian-police-say-arsonists-lightning-to-blame-for-bushfires-not-climate-change/

Also, as in California, some of the Australian fires look unnatural.  Why are only the vehicles burned, as seen in the picture at the link below?
https://www.theguardian.com/australia-news/2020/jan/01/australia-bushfires-defence-forces-sent-to-help-battle-huge-blazes

France, for its part, is facing a revolution as the Zionists try to keep themselves afloat by stealing French pension money just like they already stole Japan’s pension funds.  The massive strikes and year of demonstrations are only intensifying as French living standards continue to plunge under the regime of Rothschild-slave president Emmanuel Macron.
https://news.yahoo.com/thousands-march-against-pension-reform-paris-143216438.html

The P3 have also revealed a bit more about themselves.  They say the P1 was created two centuries ago and was replaced by the P2 sixty years ago.  The P2 has been replaced by the P3 in 2020.  The biggest difference between P3 and P2 is that the P3 has no Mafiosi in its membership, they say.

The P3 are saying the Germans under Angela Merkel are now the main obstacle to world peace and the creation of a future planning agency.  This means Merkel will be under great pressure to resign in 2020, one of the sources says.  This will be seen in the form of an increasingly destabilized EU, they say.

The other underreported but drastic event taking place is secret warfare between the Chinese and the Khazarian satanists.  China’s food supply is being hit with “pig ebola” and “army worms,” and now Chinese people are coming down with a SARS-like disease.
https://www.scmp.com/news/hong-kong/health-environment/article/3044723/six-more-hong-kong-patients-hospitalised-over

Also, Taiwan’s top military general was killed in a helicopter crash that was almost certainly a murder.

The Chinese are responding to these attacks by using scalar weapons technology to hit certain Americans, according to British Intelligence reports.

They have also been making multiple threats against Japan recently, claim Japanese right-wing and other sources.  The latest is a renewed threat to use directed energy weapons to cause Mt. Fuji to erupt.
https://www.japantimes.co.jp/news/2020/01/03/national/300-years-majestic-mount-fuji-standby-next-eruption/

The Gnostic Illuminati and others threaten to retaliate against any new attack on Japan by blowing up Washington, D.C., Rome, and Jerusalem with 500-megaton nuclear bombs.  Also, the Khazarian mob was reminded that hundreds of earthquakes were reported in the Island of La Palma immediately after the March 11, 2011 attack on Fukushima.  If La Palma’s precarious rock formation falls into the sea, the East Coast of the U.S. and Southern Europe will be hit with a 100-meter tsunami.

Despite all these threats and counter-threats, we must not forget the reality that world peace is far more likely than world war.  The people of the world overwhelmingly reject the attempt by the Zionists and their counterparts in Iran to provoke WWIII.  The U.S. military and European allies are rejecting calls for war with Iran.  The Chinese and Russians are also telling Iranian hardliners they will not be fooled into WWIII.

Iran’s government has been in peace talks with Saudi Arabia and the U.S.  That’s why Iranian President Hassan Rouhani recently visited Japan.  After the attack on Soleimani, the Gulf States including Saudi Arabia called for peace.
https://www.bloomberg.com/amp/news/articles/2020-01-05/saudi-deputy-defense-minister-to-visit-washington-london-paper

Certainly there may be more provocations by the Zionists as their satanic project collapses around them.  However, they have lost the ability to fool and manipulate the world’s military forces into a world war.  This means the writing is on the wall for the Zionists, and it reads “Peace on earth, goodwill to men.”