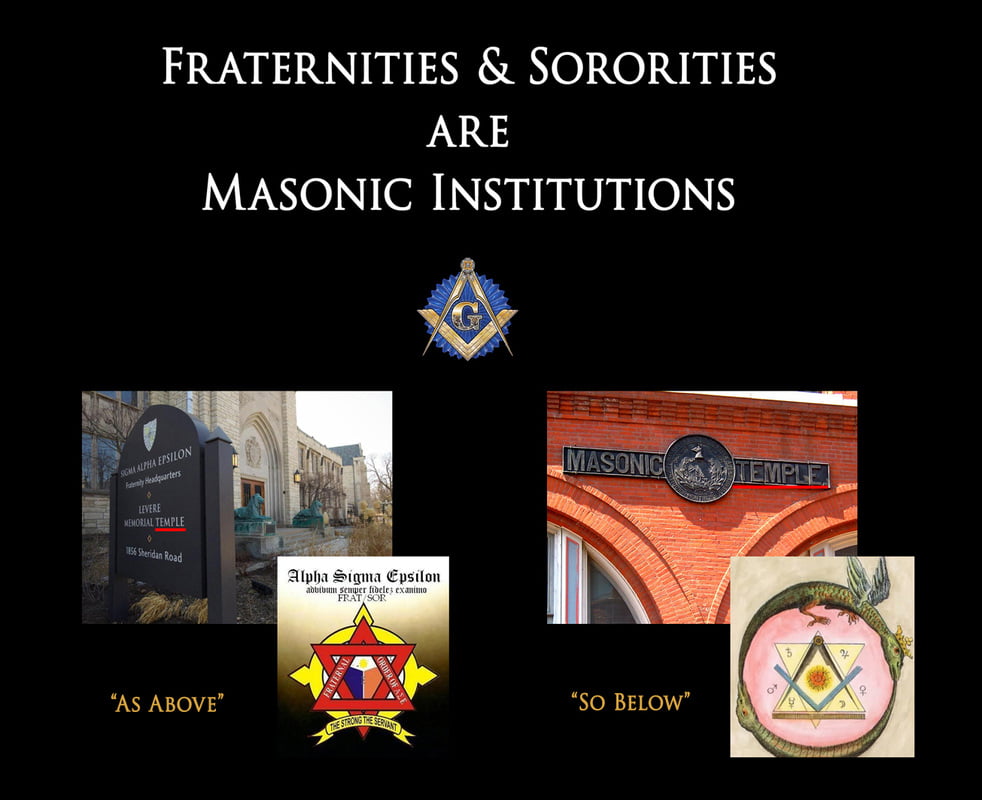 What hope is there for a society that is satanically possessed and doesn’t have a clue? Freemasonry is the Church of Satan masquerading as a fraternal organization. It is in the final stages of creating a “New World Order” that turns truth on its head, i.e. “revolution.” In Western society, Freemasons or their “useful idiots” control all positions of authority.

Below, an anonymous contributor with first-hand knowledge of Freemasonry, describes how they destroy people who resist their control. “Freemasonry operates as a covert enforcement agency, utilizing psychological weaponry and furtive saboteur tactics against targeted persons. The actions of Masonry are further orientated towards a larger agenda of global dominance by an “illuminated” elite.” Recently, Rahul Manchanda described how he became a targeted individual. Freemasons control the justice system.

“The great strength of our Order lies in its concealment; let it never appear in any place in its own name, but always covered by another name, and another occupation. None is better than the three lower degrees of Free Masonry; the public is accustomed to it, expects little from it, and therefore takes little notice of it.” – Adam Weishaupt (founder of the Bavarian Illuminati)

The Dark Design (Abridged by henrymakow.com)

The majority of fraternities and sororities are actually Masonic institutions. [They] provide a discrete network of human resources for secretive elitist groups that seek to control the larger population through hidden means. The Greek system found on most college campuses was established by the Order of Freemasons to apply a direct influence upon society through its network of affiliated persons.

The rituals, esoteric symbols, and hand signs incorporated by collegiate fraternities and sororities are a clear indication of this connection. Greek brothers and sisters become part of a larger Masonic “family”, and will work in collusion to support Masonic efforts. To help conceal the reality of this circuitous relationship, mainstream media wizardry (largely directed by Freemasons) has effectively served to condition the public’s perception of fraternities as being merely harmless, juvenile pranksters. The fraternal Freemason system has been working to create a “new order of the ages”, or the New World Order. This is no longer a conspiracy theory, but a conspiracy fact.

The foundation of the New World Order has already been substantially established. Members of Masonic-based organizations ( including Greek Fraternities & Sororities, Eastern Stars, Shriners, Rotary Clubs, Elks Clubs, Lions Clubs, Knights of Columbus, etc.) comprise ground-level agents working for the NWO’s platform in the United States of America. As a further deception, some members of the more entry-level affiliate organizations (such as Rotary and Lions Clubs) may not even be aware of their local group’s association with Freemasonry.

So what exactly are the hidden strategies and tactics … utilized by Freemasons to … exert their will on others?

The basic methods which the Masonic “family” utilizes against targeted individuals include: focused harassment, group stalking, strategic social pressure, intimidation, and various other psychological influences. Persons may even be manipulated into performing lewd acts which are then recorded for later use as blackmail. In most cases, the victim is unaware that members of a fraternity/sorority are behind the deceptions and assaults… Someone as nondescript as the cashier at your neighborhood grocery store might be connected with the Masonic system. … Consider the amount of information which could be gathered if a person was secretly monitored throughout their daily activities: school or work functions, social network, sales outlet visits, banking transactions, medical history, computer usage, likes, dislikes, and so forth. While such may begin to resemble a civilian or corporate spy network, in essence, this is exactly what exists within the construct of a widely-spread Masonic community.

In more severe cases of focused harassment, the Order will create long-term psychological disorders (including paranoia and other anxieties) within a marked person. The target may also possibly begin to believe that the unusual events they are experiencing [have] a supernatural origin. As a side note, Nazi Germany employed similar secretive methods of citizen conditioning and control, prior to establishing their totalitarian regime. The East German Stasi police likewise incorporated such use of covert harassment techniques under their “zersetzung” program (the reader is advised to further research Stasi zersetzung operations to gain a more detailed understanding of the aforementioned tactics.)

After an initiate’s acceptance into the Organization, the respective fraternity or sorority chapter will typically down-play the psychological severity of Masonic manipulations as just a “right of passage”, or way to “make the person better.” However, a new member of the Order … is conditioned to be fearful of “getting in trouble” with the “family.” Submission & fidelity to the group is a key ideal in Freemasonry, [and is] continually expected of a member who has been “raised” by the Masonic system and sworn into the Order. The fraternal initiation concept is similar to that employed by street hoodlums, but with a more subtle, less-direct approach. Sadly, most members of fraternal organizations are mislead to believe that they are secretly working for the greater good of humanity, when in fact they are simply puppets of a “hidden hand” control system which has been cleverly concealed within the very constructs of society’s daily workings.

While it is true that some fraternal organizations are also involved with a degree of charitable works, these philanthropic “front” operations are maintained to help hide the nefarious workings of the Masonic system, and may even provide a source of funding which can be diverted to undisclosed agencies. Fraternities have much more in common with organized gangs and cults than they do with honorable charities. The actions of Masonry are further orientated towards a larger agenda of global dominance by an “illuminated” elite, and many persons in positions of power or influence have been manipulated into working with Masonic organizations. Again, this is no longer conspiracy theory, but conspiracy truth. (There is a “lucid” reason why several of the nation’s politicians are now waving a horned-hand sign, and they’re most likely not fans of heavy metal music or the Texas Longhorns.)

Many individuals who have been repeatedly harassed at school, work, and other social situations may have in fact been unknowing victims of psychological attacks. In most cases, fraternities and sororities are no more than gangs with fancy titles who wrongly utilize their connections and influence to the benefit of the Organization. Given this knowledge, one can now begin to more fully understand the disturbing causes behind tragic events involving individuals “going postal”, radical school shootings, and similar violent outbursts.

Freedom is merely an illusion when slavery is possible without chains, and torture is realizable without physical contact. Civilian phones are now being monitored by the government, and even your Smart TV can spy on you. Why do you think all of this personal information is being harvested and stored..? A Brave New World exists all around us, yet such is still cleverly concealed within a hidden system of clandestine NWO operations. Unfortunately, many Americans will simply deny the reality & gravity of this situation until it’s too late. Will you?

The content of this article has been sourced directly from persons previously involved with Masonic activities. While Freemasonry claims to be a noble organization, the truth is quite contrary. Knowledge is both power & protection – by simply sharing this information with others, you can help to spread awareness of the fraternal gang problem and its increasing negative impact on society.