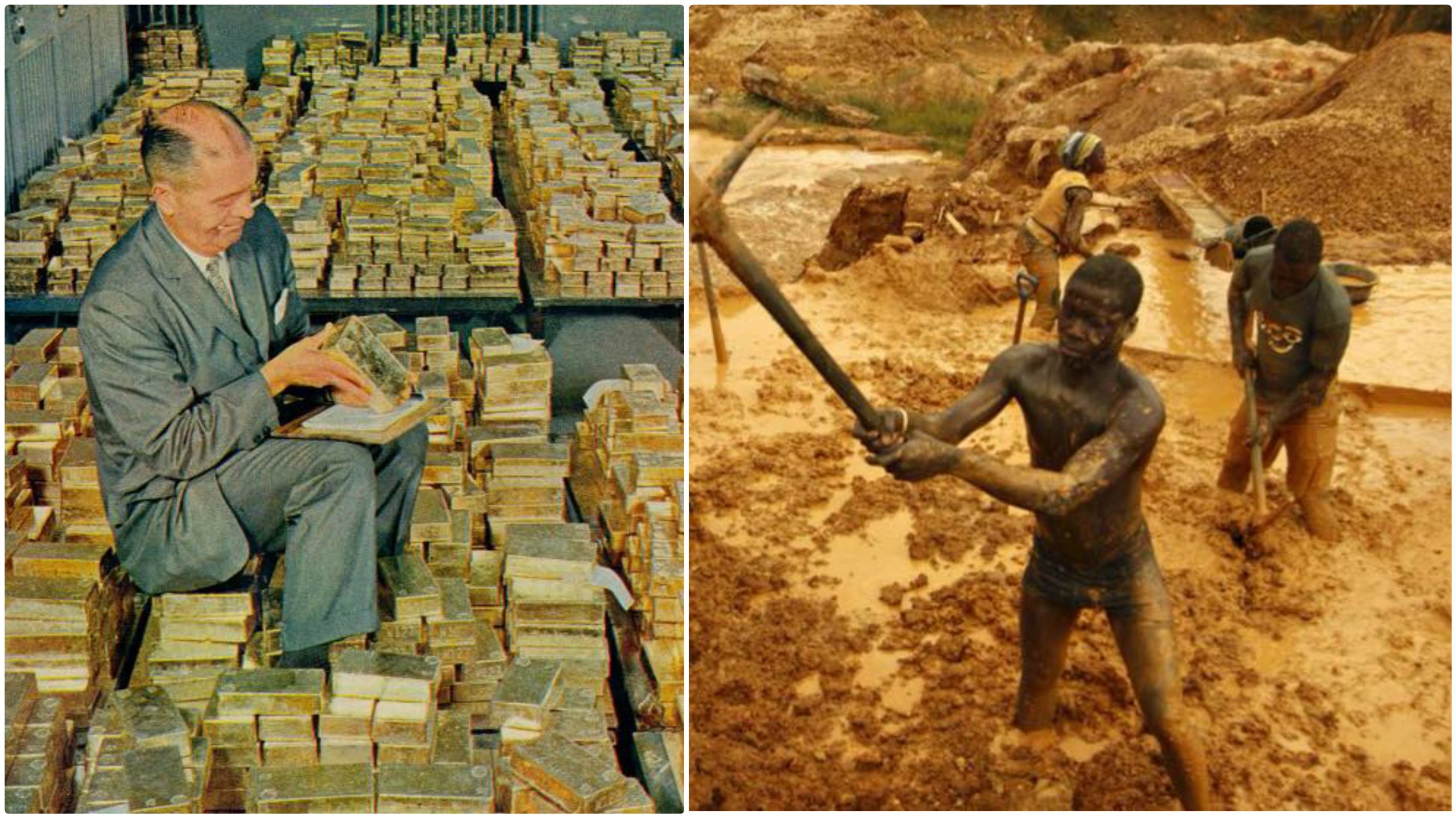 The economy of the world and the way money is valued, is one of the biggest scams of the universe. Money and wealth are naturally backed by mineral resources, land, and basically physical commodities such as precious metals. But in Africa, it is not so.

And if we were to go by the above, which is clear for all to agree with, then it is safe to say that African currencies are supposed to be most valuable in the world, given that Africans have more of the valuable resources of this world.

But the reverse is the case. We have multinational companies of European and American origin, who have been mining Africa’s gold and diamond for centuries, and have used the gold to enrich their economies. But more disturbing is the devilish manipulations of monetary organizations such as the IMF and World Bank, who connive with European nations t frustrate the economies of African nations and keep their currencies in low value.

In a TedX presentation, Mallence Bart-Williams, who is from Sierra Leone, gave a passionate speech about African economies and how it is been manipulated by the West. A few excerpts from her speech are brought forward below:

“Why is it that 5000 units of our (African) currency are worth 1 Unit of Western currency when we are actually the ones with the gold reserves?

It is quite evident that the aid is not coming from the West to Africa, but from Africa to the Western world. The Western world depends on Africa, in every possible way. Since alternative resources are scarce in the West.

So how does the West ensure that the free AID keeps coming? They do that by systematically destabilizing the wealthiest African nations and their systems. And all that is backed by huge PR campaigns; leaving the entire world under the impression that Africa is poor and dying, and merely surviving under the mercy of the West.

Ad campaigns paid by innocent people under the impression to help with their donations. When one hand gives under the flashing lights of cameras, the other takes in the shadows.

We all know the dollar is worthless, while the Euro is merely charged with German intellect and technology, and maybe some Italian pasta.

How can one expect donations from nations that have so little? It is super sweet of them to come with their colored paper in exchange for our gold and diamonds.

But instead, you should come empty-handed, filled with integrity and honor. We want to share with you our wealth and invite you to share with us.

The perception is that a healthy and striving Africa will not dispose of its resources as freely and cheaply; which is logical. It would instead sell its resources at world market prices. Which in turn will destabilize and weaken Western economies established on the post-colonial free meal system.

Some months ago, the IMG reports that 6 out of 10 of the world’s fastest-growing economies are from Africa.

If we measure by their GDP growth, the French treasury, for example, is receiving $500 billion years in year out, from the foreign exchange reserves of African countries based on the colonial depth they force them to pay.

Former French President Jacques Chirac stated in an interview recently that we have to be honest and acknowledge that a big part of the money in our banks comes precisely from the exploitation of the African continent.

In 2008 he stated that without Africa, France will slide down in the rank of third world power.

This is what happens in the human world. The world we have created…

One would assume that in evolution the fittest survive. However, in nature, any species that is over haunting and overexploiting the resources they depend on for nourishment, natural selection will sooner or later take the predator out. Because it offsets the balance.”

Her words are truly revealing. They cause you to wonder how much Africa has lost and continues to lose to the wickedness of the west.

Till today, Africa’s gold, silver, and diamonds, running into hundreds of trillions of dollars, are sitting in the treasury of foreign empires and governments. If that gold alone, is giving back to Africa, it will back a unified African currency, and make Africa the strongest continent on the face of the earth.

It is hardly known that West African gold mining took place on a vast scale. One modern writer noted that: “It is estimated that the total amount of gold mined in West Africa up to 1500 was 3,500 tons, worth more than $30 billion in today’s market value.”

This was an account that was written almost a hundred years ago. Even though it is small compared to what has been stolen from Africa over the centuries, it goes to show what Africa has lost to Western greed, and is still losing.

What is more painful is that we do not have politicians and leaders in Africa who can stand up against the West. What we mainly have are stooges and cronies. They do the bidding of their European and American masters.

What Africa needs are leaders who can stand up to demand justice and what is rightfully ours in Africa. The African Union should stand to its name and creed and save Africa. Enough is enough!!!