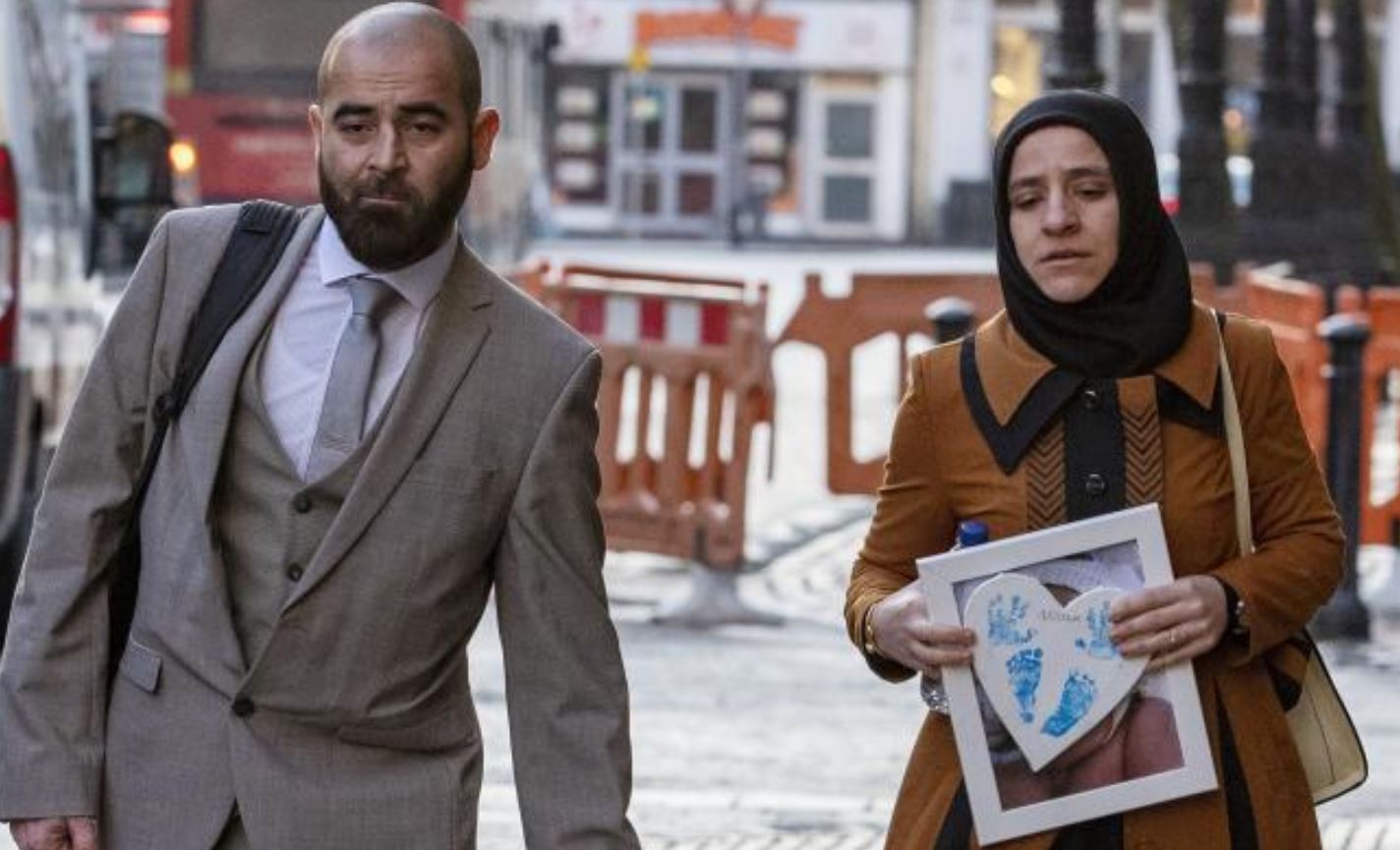 By Matt Agorist from activistpost.com

Karwan Ali and Shokhan Namiq have been battling the courts for weeks after a High Court ruled that doctors could stop treating their son, Midrar Ali. Sadly, this week, they lost the legal battle to keep baby Ali on life support.

During their first court case, according to the Guardian, Sir Andrew McFarlane, who is president of the family division, Lord Justice Patten and Lady Justice King ruled that Midrar’s parents did not have an arguable case and that medics could legally “cease to mechanically ventilate” the child.

According to a report out of the Associated Press, baby Ali was starved for oxygen due to complications at birth, and was born not breathing and without a heartbeat. He has been on a ventilator since the day he was born.

Judges at both courts agreed with doctors that Midrar Ali had experienced “irreversible brain stem death” by Oct. 1, when he was 14 days old. Three appeals judges ruled Friday that doctors could lawfully “cease to mechanically ventilate” the baby.

One of the judges, Andrew McFarlane, said Midrar Ali no longer had a “brain that is recognizable as such.”

“There is no basis for contemplating that any further tests would result in a different outcome,” he said.

The parents do not accept the courts’ rulings and claim that their child’s life is still able to be saved and his condition reversed. According to the couple’s lawyer, they are now considering an appeal to the Supreme Court.

Describing the judgment as “terrible”, the boy’s father said: “They can’t be 100% sure he is dead. He’s still growing. His eyes move. I’ve seen them move.”

This case is one of several on which the Free Thought Project has reported over the years. It is not uncommon under British law for the state to intervene when parents and doctors disagree on treatment. According to the AP, in such disputes, the rights of the child take primacy over the parents’ right to decide what’s best for their offspring.

Even when parents can pay for the treatment themselves, often times the court steps in to stop it.

As TFTP reported in 2017, when the parents of 10-month-old Charlie Gard raised more than £1.3 million in an attempt to save their critically ill son, they had no idea that the European Court of Human Rights would be the only thing standing in the way of pursuing further treatment.

Gard suffered from mitochondrial depletion syndrome, a rare genetic condition that has caused serious brain damage. After British doctors determined that he was beyond saving and should “die with dignity,” Gard’s parents appealed to both the United Kingdom’s Supreme Court and the ECHR in France, and received the same answer.

At the time, Chris Gard and Connie Yates set up a GoFundMe account for their son, in which they explained that because Charlie was the 16th person in the world to have ever been diagnosed with the condition, they have found an experimental treatment that is only available in the United States.

Charlies condition is caused by a disruption in the mitochondria, the part of the cell that provides energy to his muscles, kidneys and brain. There is a new treatment available which is a nucleoside bypass therapy, which could potentially repair Charlie’s mtDNA and help it synthase again by giving him the naturally occurring compounds that his body isn’t able to produce. It’s oral medication so nothing invasive or harmful. We are running out of precious time with our baby, he can’t have this treatment in the UK so our only hope now is to get Charlie to America.

Despite the fact that Charlie Gard’s parents succeeded in raising more than the £1.3 million they were seeking, in an attempt to pay out of pocket for their son to receive treatment in the U.S., the UK’s healthcare system left the ultimate decision up to the government.

The European Court of Human Rights released a statement that not only rejected the appeal to let Gard’s parents seek out additional treatment independent of state-funded healthcare, but also stated that it is lawful for Gard’s doctors to take him off of life support when they choose.

“The decision is final,” The statement said. “The domestic courts concluded that it would be lawful for the hospital to withdraw life sustaining treatment because it was likely that Charlie would suffer significant harm if his present suffering was prolonged without any realistic prospect of improvement, and the experimental therapy would be of no effective benefit.”

Just a few weeks after they lost their appeal, baby Charlie died on July 28, 2017.

As TFTP reported in 2018, a 23-month-old baby boy died after he was held against the wishes of his parents who may have been able to save his life. The denial of medical care to baby Alfie—which was being offered to him for free by doctors in Italy—happened, not out of some vile conspiracy to harm a child, but as a function of the British healthcare system.

“My gladiator lay down his shield and gained his wings at 02:30. I love you my guy,” Tom Evans, Alfie’s father wrote on his Facebook page in April of 2018.

“Our baby boy grew his wings tonight at 2:30 am,” his mother Kate wrote. “We are heart broken. Thank you everyone for all your support.”

Alfie’s life began as a struggle and the toddler had been in a hospital since December of 2016 because of a rare degenerative neurological disorder. In 2018, the Alder Hey Children’s Hospital, run by bureaucrats who are seemingly more interested in saving money than saving lives, decided that Alfie’s life was no longer worth saving.

The Vatican hospital in Rome offered free medical care, with experimental treatments that are not offered in the UK, which could’ve saved Alfie’s life, and came at no expense to the UK government. However, the bureaucrats ruled “all medical experts agreed that further treatment was futile and that it would be against Alfie’s best interests to travel to Italy.”

Alfie’s father had been attempting to appeal these rulings so the family could seek this treatment. But despite the fact that this would have come at no cost to the UK government or the hospital, they forced the family to stay in the UK and baby Alfie died.