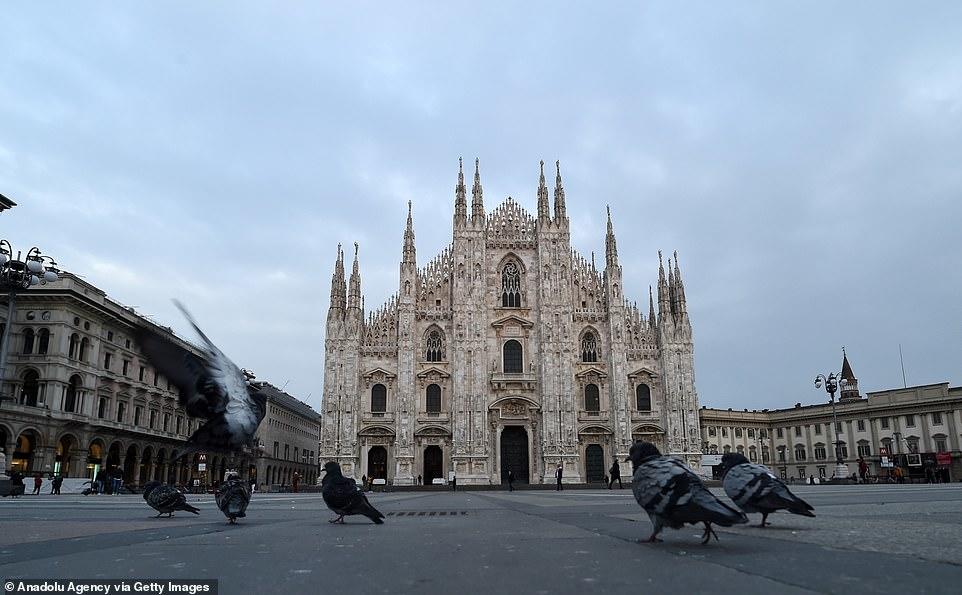 Italy has suspended payments on mortgages due to the coronavirus outbreak as more than 9,000 people have been infected and over 460 have died, the government announced on Tuesday.

When asked about halting mortgage payments on Radio Anch’io, deputy economic minister Laura Castelli said “Yes, that will be the case, for individuals and households,” according to The Independent.

Meanwhile, panicked residents crammed into supermarkets to stock up as the entire country entered a lockdown on Tuesday morning, while Italian streets were virtually empty after the government ordered people to avoid travel except for “urgent, verifiable work situations and emergencies or health reasons,” according to the Daily Mail.

Tourist favourites including Milan’s shopping galleries, Rome’s Spanish Steps and Vatican’s St Peter’s Square were all but deserted today after the drastic coronavirus measures were extended to the entire country last night.

Panic-buyers were packing into supermarkets this morning with queues stretching outside because of a rule that demands a 3ft gap between shoppers – meaning only a limited number can go inside at once.

In Naples, police were roaming the streets with a loudhailer last night to warn people to ‘stay indoors, avoid unnecessary outings and avoid crowded places’ because of the ‘coronavirus emergency’.

Prime minister Giuseppe Conte declared last night that ‘everyone must give up something to protect the health of citizens.’ –Daily Mail

Businesses are obviously suffering from the impact of the lockdown, as the empty streets of Rome have turned quiet. Bars and restaurants are only allowed to be open between 6am and 6pm, and must keep customers a minimum distance of 1 meter (3.2 feet) apart, according to SBS. Moreover, museums and cultural venues are closed, along with nightclubs, cinemas, theaters and casinos. Department stores must close on public holidays and the day before public holidays.

The flow-on effect has been immediate.

Raffaello Sasson’s family has owned a clothing shop in Rome since 1970 but he says conditions have never been so dire.

“This is right now much worse than 11th of September and Chernobyl put together. This is the worst we have seen, right now.” –SBS

“The last two weeks have been tragic, in the historic centre here, not even a single tourist. We have been here for 15 years and it’s never happened,” said restaurant owner Francesco Massotte, whose high-end eatery typically books people months in advance.

Outside Trevi Fountain, tourists saw signs warning of interactions with others.

“I was eating lunch today and in the restaurant, there was a sign saying ‘stay away from people, sit a metre away from other people’,” one man told SBS.

At least they won’t have to pay their mortgages for a while.