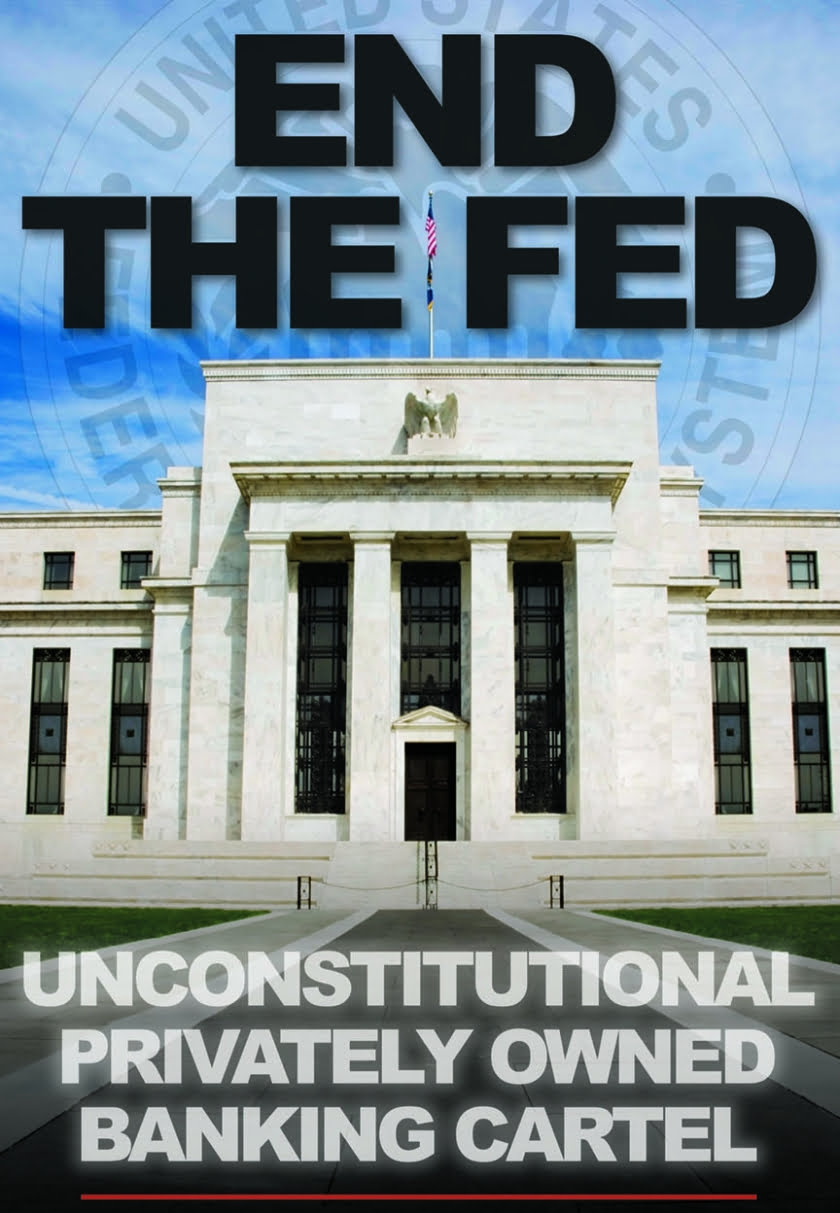 Rumors swirled on Twitter that the Fed and Treasury are being merged into one organization. People celebrated joyously over the demise of the Federal Reserve Bank.

Despite this being incredibly newsworthy, there has been no public announcement of this. It only seems to have been published in a negative opinion piece by Jim Bianco on Bloomberg and syndicated by Yahoo! News.

The reason MAGA Twitter was aware of this obscure piece – and jubilant over it – was because someone tweeted a link to this piece – and it was almost immediately posted by Q, at 4:58:17PM (17:17) with the comment, “This is not another [4] year election. Q”

According to the Bloomberg piece, the Fed will finance a special purpose vehicle (SPV) to allow them to buy commercial paper, asset-backed securities, corporate bonds and bond ETFs in the secondary market:

“The Treasury, using the Exchange Stabilization Fund, will make an equity investment in each SPV and be in a ‘first loss’ position. What does this mean? In essence, the Treasury, not the Fed, is buying all these securities and backstopping of loans; the Fed is acting as banker and providing financing. The Fed hired BlackRock Inc. to purchase these securities and handle the administration of the SPVs on behalf of the owner, the Treasury.

“In other words, the federal government is nationalizing large swaths of the financial markets. The Fed is providing the money to do it. BlackRock will be doing the trades.

“This scheme essentially merges the Fed and Treasury into one organization. So, meet your new Fed chairman, Donald J. Trump.”

“Old Fed – [They] OWNED the secured assets & interest on our $22T debt while our US Treasury OWED all the $22T debt.

New Fed – US Treasury will OWN the secured assets & interest on our $22T debt & the Fed will OWE all the $22T debt. This will take a few months. #QANON

“For example, our Treasury will now treat the NewFed like the NYSE. A broker of sorts that owns no collateral. It just processes transactions for our Treasury for micro fees.

“The KEY is that our Treasury will hold the collateral on debt & not the Fed. That makes debt our asset.

“So when our Treasury loans money to a company like Goldman, it receives a convertible note as equity. If the company fails to pay, our Treasury converts debt to equity and owns a big chunk of Goldman. Old way let the Fed own the convertible note. Outrageous. Those days are dead.

“Even better, out of the $22T in debt, about $6T could be waived immediately because it is a non-marketable security owed internally to another branch of government. I expect all non-marketable debt to disappear over time. Just simply remove it from the Treasury balance sheet.

“Since the NewFed will be a clearinghouse of sorts, and since we clearly now have control of it, we can force nations to remove their deep state in exchange for a chance to participate in this new era of debt freedom. Iran, NK & other rogue nations will play ball for debt relief.

“Never forget that the Fed used blackmail and coercion to convince our Congress to vote them into existence over 100 years ago. And they never stopped using the same tactic to make sure no law was ever passed to legally remove them from power. Until today.

“Now ask yourself what entity funded the creation of the Fed in the first place. And what same entity has people pay them to freely confess their sins to a non-paid employee only to allow their mafia branch to then blackmail that same person into submission.

“The changeover just started. It is not anywhere near complete. However our Treasury is raiding the Fed legally right now. We are using the Fed’s own tools against it because they never anticipated a Cabinet or Congress that couldn’t be coerced into doing what they wanted.”

According to Dave at the X22 Report, this means that, “Trump and the Patriots have taken the first step in getting rid of the central bank system. It has now been confirmed, other nations now are going to be moving in on their central bank establishments…

“We knew this was coming. We knew that this day was going to arrive.

“What’s the next stage? Take control of the currency. Bring us back to sound money. Who’s waiting on deck? Judy Shelton [Trump economic advisor known for her advocacy for a return to the gold standard and for her criticisms of the Federal Reserve] and others.

“Once this merges into the Treasury – and actually Judy Shelton has mentioned this – she will then, once she’s on the board, she will then restructure the entire system.

“We are now moving in a completely different direction. Everything that we knew about the system; the way it works, it’s about to change. We’ve said this for quite a while.

“And an anon on the boards wrote something very interesting.

‘We have just taken the power away from the central bank establishment.’ This is what he wrote:

“‘Mnuchin just bankrupted the Fed, Goldman, Sachs, JP Morgan, Chase, etc. It started. The market liquidity is now controlled by Steve Mnuchin and the Treasury Department. That also means we own all central bank requests for credit, for all 186 foreign nations. Folks, a power transfer just went down. The world just went from asking the Rothschilds for credit swaps to asking Steve Mnuchin and the US Treasury for credit swaps. BOOM.’

“We have just seen it happen. This is not about a four-year election this is about a new way of life and it’s happening right now.”

My hard-nosed investor friend who is obsessed with the topic of central banks says, “There is no way the right to issue will be given up,” but he says the creation of SPVs does indicate a way “to enter through the front door peacefully and begin the possible process of returning the right to issue back to the people.

“There still is a long way to go here, but it appears the pieces on the board have evened out…The Fed continues to exist, but only as the contracted agency processor of transactions…

“So this is how we get $6 trillion of the medium into circulation or available for circulation without accruing interest for years. Pretty cool, when you think about it.

“The fact that Bloomberg allowed an opinion piece to divulge this has both upside and downside to the release of this data. It will be interesting to see the parameters established for the markets on Monday morning!

“Can’t wait, my popcorn is popped and buttered.”