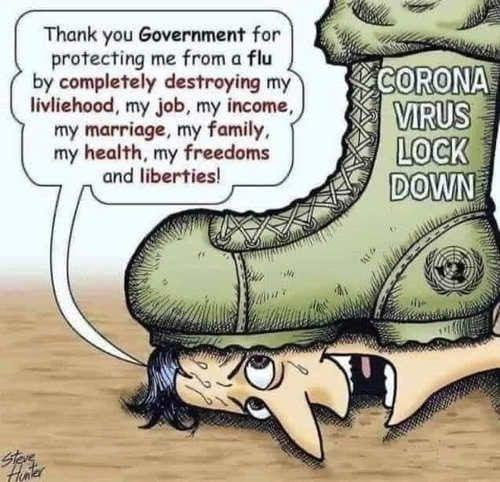 THE WHITE HOUSE, SENATE AND CONGRESS LIST GOES ON- IT IS ALL A ONE BIG CABAL FAMILY CLUB AND YOU ARE NOT ALLOWED ANYWHERE NEAR IT!

THIS IS WHAT YOU CALL A “STACKED DECK.”

IF YOU HAD A HUNCH THE NEWS SYSTEM WAS SOMEWHAT RIGGED AND YOU COULDN’T PUT YOUR FINGER ON IT, THIS MIGHT HELP YOU SOLVE THE PUZZLE. This is “Huge” and is a ‘partial’ list since the same incestuous relationship holds true for NBC/MSNBC/CNN and most MAIN STREAM MEDIA outlets.

Lawmakers and residents have lashed out at Michigan Governor Gretchen Whitmer’s decision to prolong a state of emergency over the coronavirus pandemic, ignoring a vote in the legislature to let the draconian measure expire.

Whitmer signed three new executive orders on Thursday, decrees which she said were necessary in order to “continue fighting Covid-19 and save lives.”

The move came after both the state house and the state senate voted against extending the governor’s previous state of emergency order, which was set to expire at midnight.

The new executive orders give Whitmer broad and far-reaching powers, including the ability to impose curfews, as the state battles to contain coronavirus. The powers are set to expire on May 28, at which point the governor will evaluate “the continuing need” for the order. Whitmer has used executive orders as a legal means to enforce the state’s stay-at-home policy, which was recently extended until mid-May. 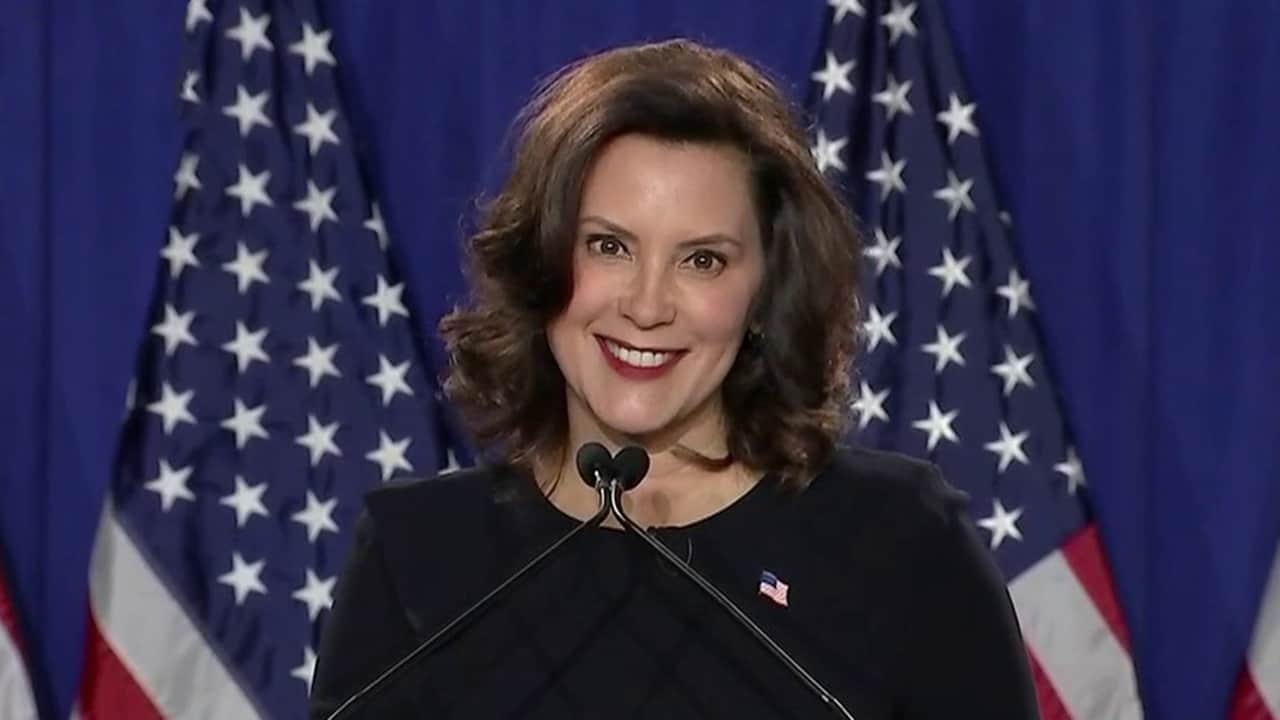 Rep. Lee Chatfield, speaker of the Michigan House, expressed his disappointment with Whitmer’s unilateral action, arguing that the legislature believed in “upholding the democratic process” – a notion which he alleged the governor had rejected.

Another Michigan lawmaker, Rep. Michele Hoitenga, argued that “no person should have the level of unbridled power to dictate the movement of individuals,” adding that the state of emergency threatens rights which are “preeminent to us as Americans and as people.”

Whitmer’s new orders sparked fury among many residents. A popular Facebook group, Michiganders Against Excessive Quarantine, was flooded by posts from outraged citizens.

“So it appears we have a straight up unilateral dictator on our hands in Michigan,” read one comment.

Whitmer has maintained that the Republican-controlled legislature is not taking the health crisis seriously, stressing that the executive orders are necessary because the state is “not out of the woods yet.”

The controversial lockdown measures, as well as the executive orders, have polarized Michigan. Protesters, some carrying weapons, descended on the state capitol in Lansing on Thursday to express their opposition to the policies. Democrats slammed the rally as a dangerous stunt pulled by white nationalists.

Michigan has more than 40,000 cases of Covid-19, resulting in around 3,800 deaths – overwhelmingly in Detroit and the surrounding communities.

California Prisons Release Thousands Of Felons To Make Room For Skaters, Surfers, People Who Go Outside 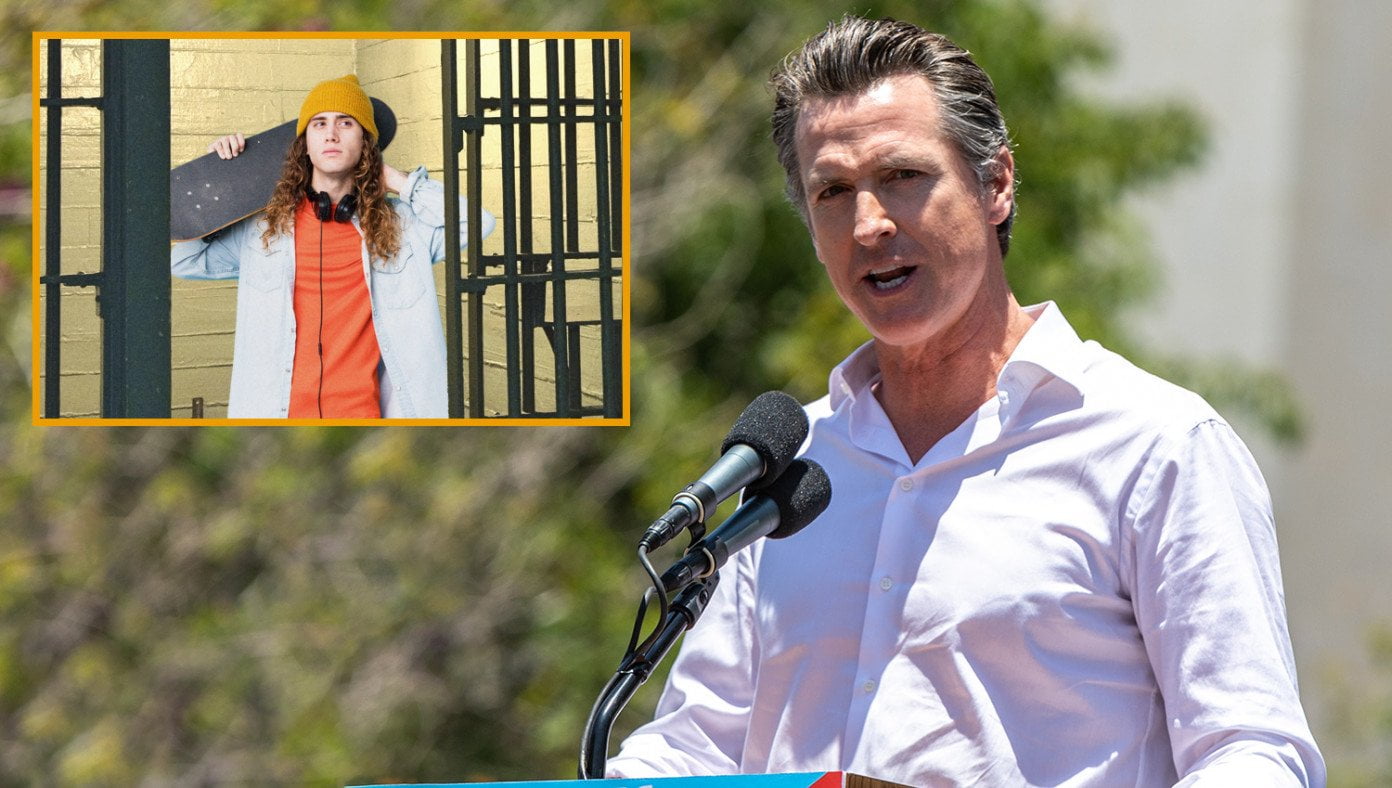 SACRAMENTO, CA—Governor Gavin Newsom has instructed detention facilities across California to begin releasing violent felons to make room for skateboarders, surfers, and other people who have committed the heinous crime of going outside.

Thousands of cells have now been freed up for “the dregs of society,” as Newsom referred to people who go to the beach or skate at a skate park. As the felons left the prisons, they laughed at the skaters and surfers entering their previous cells. The skater bros just said, “Dude, not cool” and the surfers said, “Totes not stoked bra, major kook move dude.”

“We need to free up those prison cells for the really dangerous people, like beachgoers,” said Governor Gavin Newsom at a press conference. “We can’t have those dangerous people who sit on the beach for a few hours or do doozy flipkicks and 630 spinaroos out on our streets.”

The felons went out and immediately committed crimes, but many were undocumented immigrants and so were given a stimulus check instead of getting arrested. As Business Owners Face Jail for Staying Open During Lockdown, ‘High-Risk’ Child Rapists Set Free 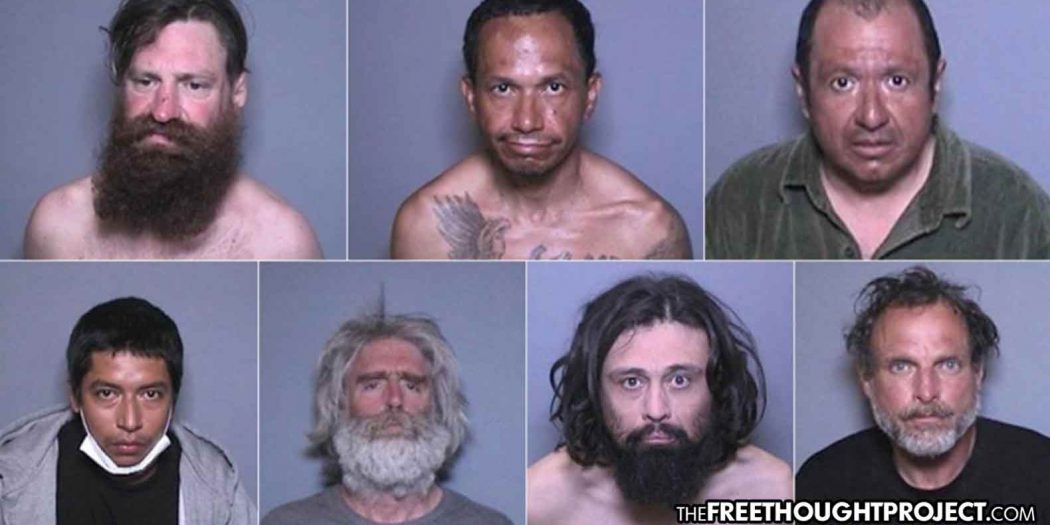 Dem. Gov Of New Mexico Invokes Riot Act, Closes Roads In And Out Of City To Contain Coronavirus

New Mexico Gov. Michelle Lujan Grisham on Friday invoked a rarely used state law to put the western city of Gallup under lockdown in a bid to curb the spread of the virus within the city.

Lujan Grisham’s order will require all roads to Gallup, which lies on the historic Route 66, and businesses to be temporarily closed starting from Friday at 5 p.m. through 8 a.m, according to Fox News.

To help slow the recent spread of the virus in the city, Lujan Grisham invoked the state’s Riot Control Act, which allows the governor to implement certain restrictions under a state of emergency, including barring residents from being on public streets and temporarily prohibiting the use of some streets and highways.

The move comes after Gallup Mayor asked Lujan Grisham to declare a state of emergency in the city.

“I recognize this request is unusual and constitutes a drastic measure, and the emergency powers set out under the Riot Control Act should be invoked sparingly,” Gallup Mayor Louis Bonaguidi wrote a letter to Lujan Grisham. “However, the COVID-19 outbreak in the city of Gallup is a crisis of the highest order. Immediate action is necessary.” 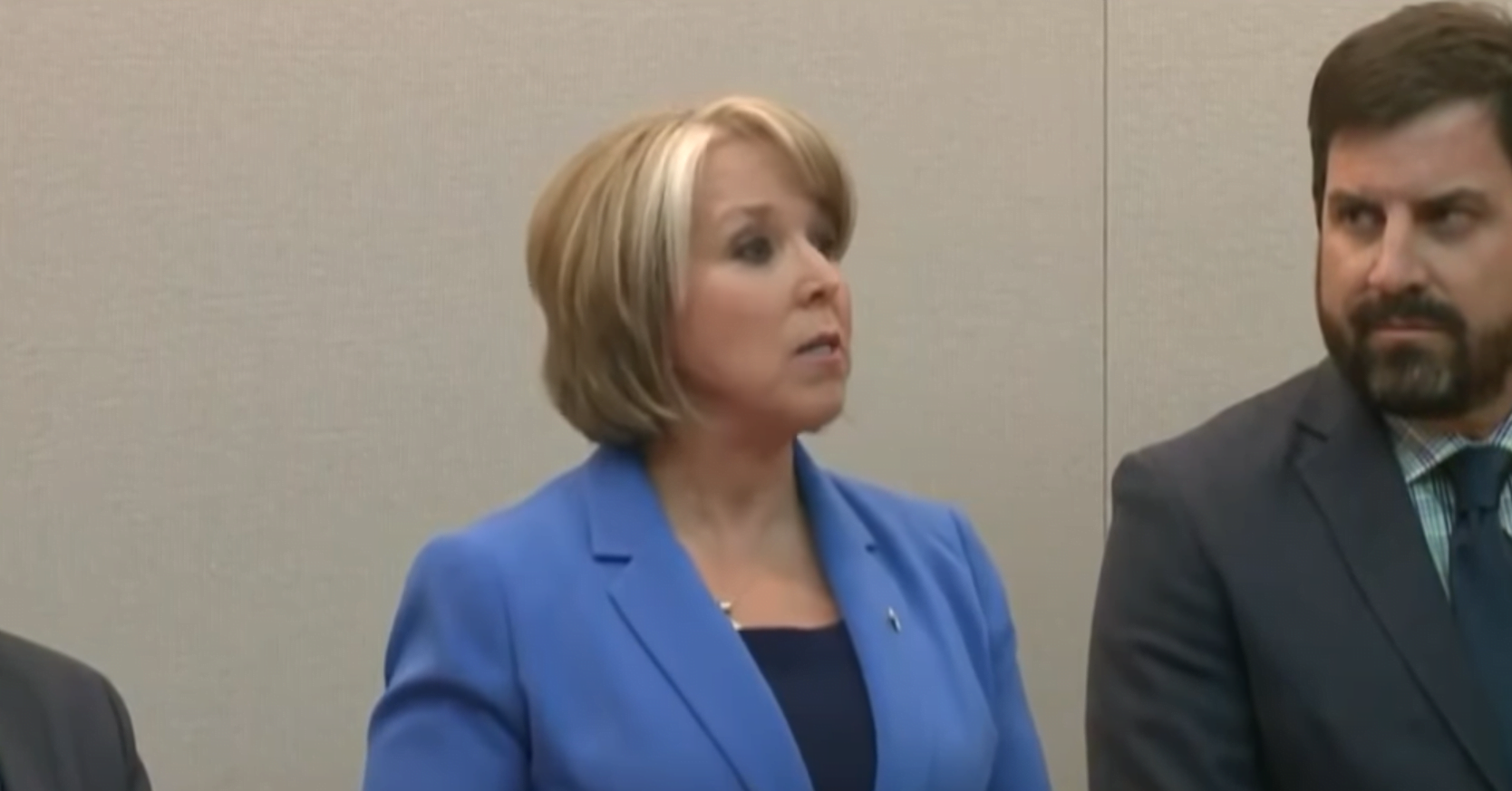 Gallup is located in McKinley County, which has reported 207 new cases of the virus in the last two days, and a total of 1,027 coronavirus cases and 20 deaths, thus being one of the hardest-hit counties in the state.

“The spread of #COVID19 in McKinley County is frightful. Physical distancing has not occurred & is not occurring,” Lujan Grisham wrote on Twitter. “Stricter measures are necessary to stop the virus.”

Lujan Grisham said residents should isolate themselves “unless absolutely necessary for health or safety or a medical emergency.”

“The imperative for all of us to remain home and physically distant has not changed. It is even more crucial for New Mexicans in the northwestern region. But what is happening in the northwest could happen in any part of our state. We must remain vigilant,” Lujan Grisham said.

New Mexico has one of the highest per capita coronavirus death rates among lesser populated U.S. states, with 53 deaths per one million people, according to Reuters.

In total, New Mexico has confirmed more than 3,500 cases of the virus including 131 deaths. 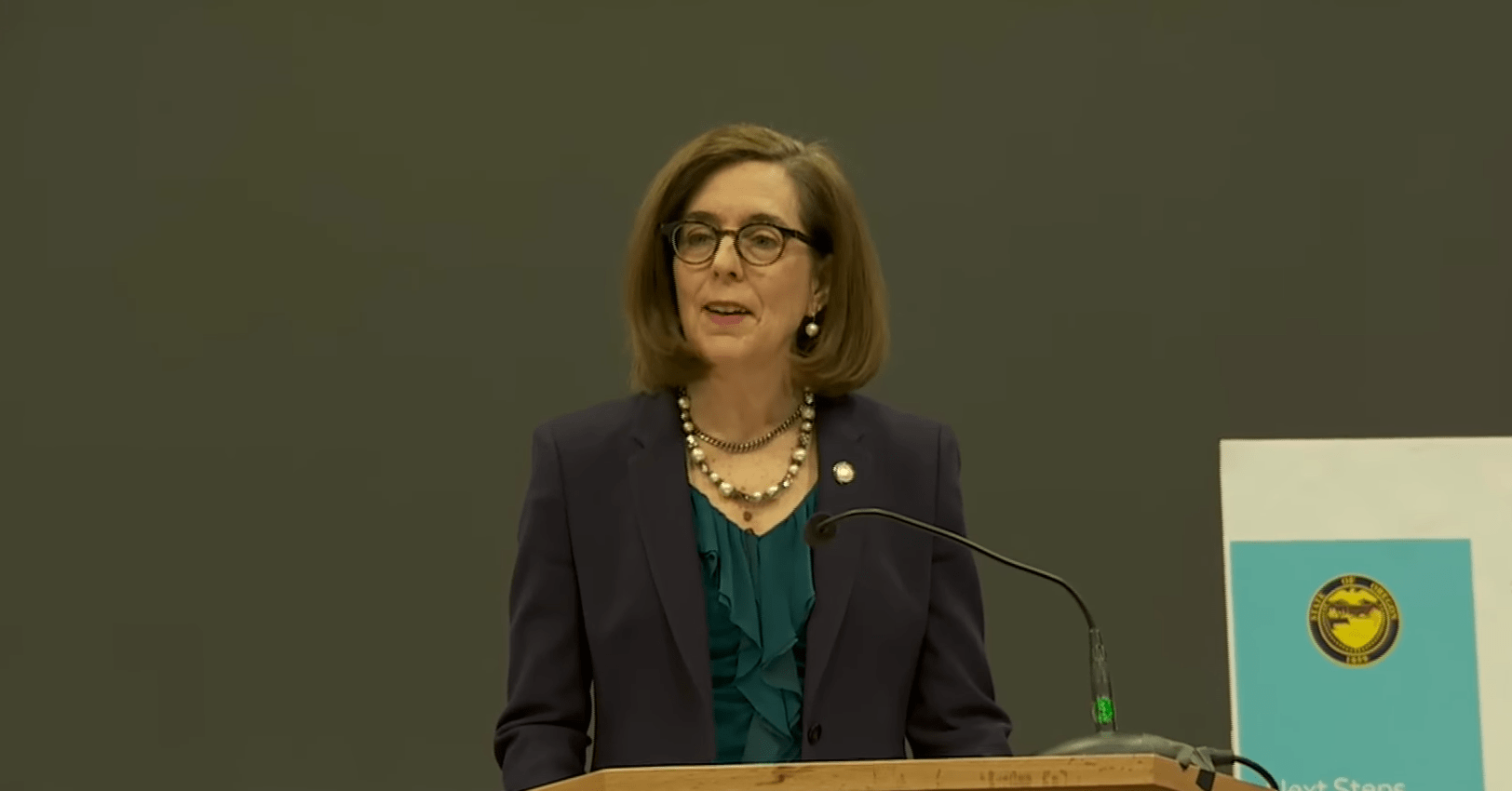 Oregon Gov. Kate Brown on Friday signed an executive order extending Oregon’s state of emergency due to the coronavirus pandemic.

Brown’s initial order, signed March, was set to expire on May 7 but has been extended until July 6.

The prolonged state of emergency will allow the Oregon Health Authority and the Office of Emergency Management more authority to respond to the outbreak and will allow state agencies to implement temporary new rules to deal with the crisis, according to KVAL-TV.

But the governor on Friday also outlined a plan to reopen the state, which she suggested could happen as soon as May 15.

For counties in the state to start reopening they will have to meet certain criteria including having proper contact tracing and access to tests for every Oregon resident. She said this can be accomplised with a new testing system that will assist major hospitals in the state.

“As we look to reopen Oregon, it’s critical we use science and data to ensure that we can safely take steps forward,” Brown said at a press conference. “Public health experts agree that there are key steps for reopening. At the top of the list is a thorough strategy to test, trace and isolate the virus.”

“The plan also expands Oregon’s testing criteria, so that anyone with symptoms of COVID-19 can be tested within 48 to 72 hours. The plan sets the goal of being able to perform 30 tests per week for every 10,000 Oregonians,” said a statement from the governor’s office.

Businesses in Oregon have been closed or required to entirely change the way they operate as a result of the crisis for nearly a month.

Some counties in the state have reported as little as five cases of the virus while others have hundreds. Overall, Oregon has reported a little under 2,600 cases and 104 deaths, according to the Johns Hopkins University.

“This is truly uncharted waters for all of us,” said Lincoln County Commissioner Claire Hall. “It still may be a difficult path to get back to something akin to normal but at least we know what we have to do to get there.” 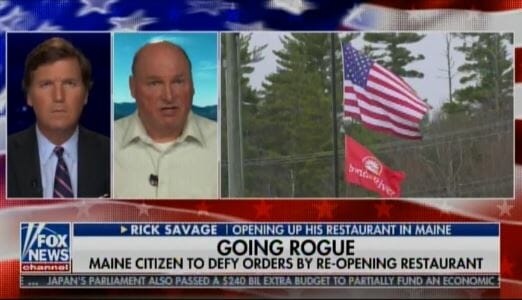 Maine Governor Janet Mills this week announced her stay-at-home orders will continue until mid-May. The initial stay-at-home order was set to expire April 30, but she has since extended it to May 15th.
One in every seven people in Maine is now unemployed.

Maine, a state of over one million, has 33 hospitalized cases of the virus and 53 deaths in the entire state.

On Thursday Maine Restaurant owner Rick Savage went on with Tucker Carlson. Rick is opening his restaurant on Friday. He says you can’t even get ahold of the liberal governor. Rick says, “She’s doing this all rogue on her own.”

Then at the end of the interview he dropped her phone number live on national TV.

The governor may get a few calls… 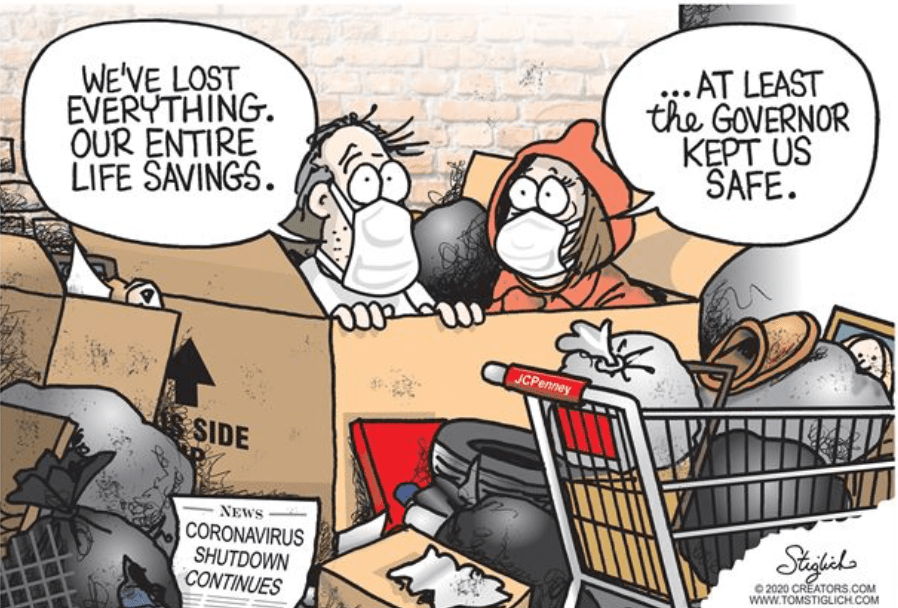