By now, even the most brainwashed of the sheeple realize something is very wrong with their government (govern=control, ment=mind).  It is also clear that the attempt to use a fake pandemic to impose martial law is backfiring as it has provided a perfect cover for military and agency White Hats to hunt down the Satanists who hijacked Western governments.

“See lists of coronavirus-infected politicians and celebrities in the United States, England, France, and more! Over 70% of them are Jews !!” an FSB source noted.  He is almost right, but they are not Jews, they are Satanists.  Also, they are not being infected by the provably fake virus.  Instead, they are being arrested and/or executed.

If you do still think this pandemic is real, go visit a hospital and see for yourself that it is not.  Or take note of the fact the president of Tanzania sent samples from fruit, goats, and other random things and they all tested positive for this so-called coronavirus. https://nypost.com/2020/05/06/faulty-coronavirus-kits-suspected-as-goat-and-fruit-test-positive-in-tanzania/

People who still have a hard time wrapping their heads around the fact that Satan worshippers took control of the West, need to look at a few recent news items that prove it is true.  For example, the people of Israel, for some unfathomable reason, have yet again made Satanist Benyamin Netanyahu their Prime Minister.  One of the first things he did was call for children to be micro-chipped with “mark of the beast” identifiers.  Last week Netanyahu said:

“I spoke with our heads of technology in order to find measures Israel is good at, such as sensors.  For instance, every person, every kid – I want it on kids first – would have a sensor that would sound an alarm when you get too close, like the ones on cars.” https://www.jpost.com/israel-news/benjamin-netanyahu-suggests-to-microchip-kids-slammed-by-experts-627381

Then you have the U.S. Congress passing a bill with the Satanic number 6666 calling for government goons to forcibly enter peoples’ houses, test people for the fake coronavirus, and take their kids away if they test “positive.”   You can’t make this stuff up. https://www.congress.gov/bill/116th-congress/house-bill/6666?s=1&r=2

We are also getting mind-blowing intelligence sent to us about the Satanic ruling Western bloodlines who have been staging world wars and other horrific events as part of their plan for total world conquest.  For example, we have now confirmed that Adolph Hitler was the grandson of…

Queen Victoria of England.  We confirmed the story we were sent about this (details at the links below) with a European royal and MI6 British intelligence.

The story is as follows: In 1868, after the death of her husband Albert, Queen Victoria went to the “British Crown Colony of Switzerland” with a Mr. “John Brown,” who was from the Stuart bloodline (same as Princess Diana). 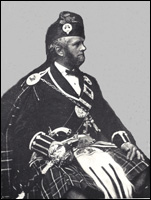 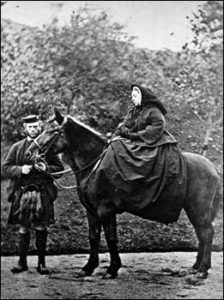 There she gave birth on August 24th to Klara Hanover.

Klara was educated by the Jesuits and was fluent in English, French, and German.

When she grew up, Klara Hanover was impregnated by gung-ho British imperialist Houston Steward (Stuart) Chamberlain.

In 1889, Chamberlain arranged a marriage between Klara and a man named Alois Hitler.  He became the surrogate father of baby Adolf.  Chamberlain was also the ghostwriter for Adolf’s Mein Kampf.

Now get this, one of her descendants was Pamela Digby Churchill—the mother of Hillary Digby Churchill Clinton! http://www.reformation.org/victoria-and-adolf-hanover.html

Here is what a senior MI6 source had to say about this:

“Yes.  The House of Hannover like all European Imperial and Royal House are what is commonly referred to as the Venetian Nobility.  There are abundant forensic materials available on all of this.  The Moscow State University ‘Chronologia’ is probably the most authoritative.”

Remember the rulers of civilization are those who control the narrative and therefore the timeline.

Bear in mind also Khazarian Mafia infiltrated and corrupted all of Europe and Russia hence the prevalence of Satanism etc.  The Rothschild dynasty [Saxe Gotha Hanover], like many, are deeply Satanic and espouse a bastardized version of Luciferianism which is a theosophical expression, etc.  Really what it means is all warfare is blood sacrifice etc.

These are the people whose private United States of America Corporation went bankrupt on February 16th.  They are thus now using the “Pandemic” to try to reassert control.

The fact that all this top-secret information is coming out now is the real reason why Queen Elizabeth is in de-facto home imprisonment at Windsor Castle, MI6 sources say. https://www.the-sun.com/news/808922/queen-unsafe-in-public-for-years-coronavirus/

In the newly liberated Republic of the United States of America, Pentagon sources tell us that as “Tens of thousands of children were rescued from tunnels, [General] Mike Flynn was exonerated and may get his job back [as Trump’s National Security Adviser].”

“Trump met with military leaders at the white house on May 9th right after VE Day.  It appears that Flynn, Steve Bannon, General John Kelly, and others may have never really left the White House,” the sources say.  “The Coast guard chief was there instead of a navy chief because of the war against drug cartels,” they note.  However, there may be more to the story than what we see on the surface because the royalist Navy is loyal to the Anglo Saxon five eyes alliance.

In any case, Secretary of State Mike Pompeo “got his marching orders on Israel and China in the Spirit of the Elbe” the Pentagon sources add, and was sent to Israel to read the riot act to the government there.

The U.S. has removed patriot missiles from Saudi Arabia and pulled troops out of the Sinai desert near the Israeli border with Egypt, they say.  This coincides with major Saudi military losses in Yemen after former ally the United Arab Republic turned against the Saudis, CIA sources note.

The Pentagon sources also note there is a global condemnation of Israeli plans to annex the West Bank and these are likely to be followed by EU sanctions.  The other thing they noted is that Iraq has a new Prime Minister who was a former intelligence chief.

The Pentagon is also forcing Israel to cancel a water desalination plant with Hutchison Whampoa owned by Chinese billionaire Li Kashing.  This coincides with “cyber-attacks against Israeli water plants that may or may not come from Iran.”

The overall pictures seem to be the Israeli/Saudi alliance is falling apart and Egypt, together with other Sunni states, may assert control over the region up to the Turkish and Iranian borders as part of a secret Russian/Pentagon agreement.  It is a good guess Saudi Arabia will not survive much longer as a family-owned slave country.  Also, without U.S. support, Israel will have no choice but to sue for peace.

We are also now hearing from Russian FSB sources that the “Russian Federation” (D-U-N-S © Number 531298725) is a “criminal private Rothschild-Barucho-Rockefeller Trade Corporation, registered in the UK.  They are also owners of the “Putin” trademark.  Until he was recently killed, the executive director of this private company was Dmitry Anatolyevich Medvedev.

Now though, our FSB sources note:

“Russian diplomats encountered a problem while trying to get into the UN Security Council building – the recently launched electronic pass system did not accept their documents and demanded they present Soviet passports.  The technical service of the Security Council explained that they consider the incident a “case”, but not a mistake.  The new electronic system is entirely based on international legal documents, including the UN Charter.
According to the UN Charter, such states as China, France, the Soviet Union, Great Britain, and the United States of America are permanently included in the Security Council.”

The battle for Russia is still not over and Putin© is busy pushing the coronavirus scam in Russia in a desperate bid to retain control for his Satanic masters.

The Pentagon sources for their part seem to be claiming victory and say “Treasury Secretary Stephen Mnuchin will coordinate the global currency reset.”

Japan, however, remains a Rothschild colony under slave Prime Minister Shinzo Abe.  For this reason, a joint U.S./Japanese military move to remove the Abe slave administration is a necessary precondition for the GCR.

A call has been put out to accomplish this on May 15th, by occupying the Prime Ministers’ residence, the Parliament, the NHK national broadcasting corporation and the Bank of Japan.  Following this, an emergency government will need to be set up.

This government will have to announce to the Japanese people and to the world that Fukushima was a Rothschild sponsored mass murder attack.  They will also need to blow a lid on the fake pandemic being used now to try to subdue the Japanese people.

Once the Khazarian mafia occupation government is removed, Japan will be able to rebuild the extremely successful economic system it pioneered after WWII.  This will allow for double-digit economic growth and a baby boom.

The West, especially the United States will also be able to rebuild their hollowed-out industrial infrastructure by adopting and improving a similar economic management system.

We are hoping the secret space program people will be able to help jump-start this process by sharing some of their futuristic technology with the rest of the world.

The Satanists, of course, will not go quietly into the night and we need to prepare against electromagnetic attacks, nuclear terror, information warfare, more bio-weapons, and other mayhem.

Despite all this, rest assured the good guys will fight with overwhelming force until the planet Earth is liberated from thousands of years of cruel Satanic occupation.