Prepare For Change
Home ARCONTES Because … Coronavirus – Anything Goes! 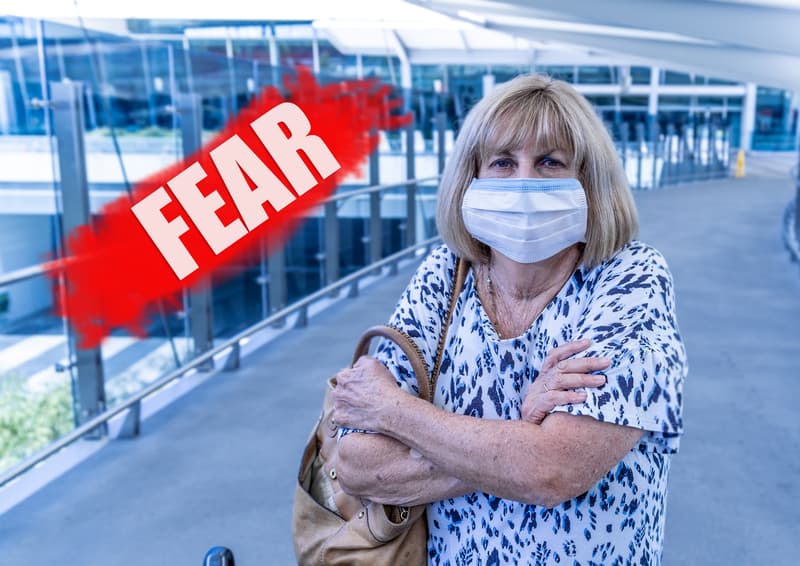 That’s what we being told. Everything has to change, cherished rights must be eliminated and new emergency powers have to be given to authorities … because of a virus that still has not been isolated, purified and proven beyond all doubt to be the cause of the alleged pandemic. It is clear the COVID-19 numbers in and of themselves are being grossly manipulated, due to many reasons such as false positives and counting everyone who died with the virus in their body as a coronavirus death or fatality (even if it had nothing to do with their death). Sadly, everyone is in such a panic that they can’t think clearly. Governments around the world are passing dangerous laws which are deliberately vague, broad and often without an expiration date. Is liberty dying to thunderous applause and the scared cries of people for an authority figure to save them?

Because Coronavirus: Hungary Gets a Dictator

Hungarian Prime Minister Viktor Orban effectively oversaw the transition of his country from a democracy to a dictatorship. On March 30th 2020, the Hungarian Parliament bestowed upon Orban the right to rule by decree (i.e. the power to bypass the national assembly) and to suspend existing laws. Not only that, but Hungary (which is an EU member) suspended future elections! This makes Orban the world’s newest dictator. This is an incredible development in a continent that prides itself upon democracy and a frightening abdication of power and responsibility by the Hungarian Parliament – all over a tiny, invisible virus that still has not killed more people than a seasonal flu, even taking into consideration the manipulated numbers.

Because Coronavirus: Philippines’ President Duterte Orders Cops and Soldiers to Shoot Quarantine Violators if Need Be

Philipppines’ President Rodrigo Duterte, known for his ‘tough-guy’ attitude and his threats to shoot and kill drug users and dealers, was granted emergency powers and $5.4 billion to deal with the coronavirus crisis. This was after an earlier draft law (that got changed and didn’t pass) that would have allowed him as president to take over private businesses! The New York Times wrote that ““This limitless grant of emergency powers is tantamount to autocracy,” a Philippine rights group, the Concerned Lawyers for Civil Liberties, said in a statement. The lawyers noted that Mr. Duterte had once compared the country’s Constitution to a “scrap of toilet paper.”” Duterte said the following in a televised address:


“It is getting worse. So once again I’m telling you the seriousness of the problem and that you must listen. My orders to the police and military…if there is trouble and there’s an occasion that they fight back and your lives are in danger, shoot them dead. Is that understood? Dead.”

The Govenment of Slovenia has set up the Krizni stab Republike Slovenije (the Crisis Headquarters of the Republic of Slovenia) led by the rather corrupt Slovenian PM Janez Jansa. The Australian ABC reports:

“Within hours, Mr Jansa’s Crisis Headquarters dismissed the heads of the defence force, the military intelligence agency and the national police … [independent reporter] Zgaga said the new Slovenian administration was using the coronavirus emergency as a means by which to entrench its power. “I believe it is a systematic campaign to threaten any critical voices, to make them silent, so as to stifle journalists, any critical intellectuals, and citizens,” Zgaga said.”

The same thing is happening in other Eastern European nations, notably Poland, Bulgaria and Kosovo:

“In Warsaw, the ruling Law and Justice Party is planning to press ahead with a presidential election in early May. While President Andrzej Duda holds court on television, thanks to Poland’s pliant state broadcaster, the Opposition is banned on health grounds from holding rallies. In Bulgaria, the Parliament granted new powers to the Government to use mobile phone data to track the populace — ostensibly to police the quarantine of those infected or exposed to COVID-19. It has also set up checkpoints around Roma communities — an ethnic minority often pilloried in Bulgarian society. Last Wednesday, Kosovo’s Government collapsed and its prime minister was deposed after President Hashim Thaci, a former militiaman once accused of war crimes, attempted to shift all executive power to an emergency security council which he heads.”

After declaring a state of emergency of March 24th 2020, Thai Prime Minister Prayuth Chan-ocha assumed the authority to impose curfews and censor the news media. Journalists there have been sued and intimidated for criticizing the government’s response to the outbreak. On March 25th, Chan-ocha issued a list of prohibitions (original in Thai here), including vague and broad restrictions on freedom of speech and freedom of the press:

“Reporting or spreading of information regarding COVID-19 which is untrue and may cause public fear, as well as deliberate distortion of information which causes misunderstanding and hence affects peace and order, or good moral of people, are prohibited. In that case, officials will suspend or edit such piece of news. If the case lead to severe impacts, the Computer-Related Crime Act or Emergency Decree on Public Administration in Emergency Situation will be enforced for prosecution.”

They used it to arrest a Thai man who posted something on Facebook:

“On March 23, police arrested Danai Ussama at his art gallery in Phuket, and brought him to the Crime Suppression Division in Bangkok. He was charged with violating section 14(2) of the Computer-Related Crime Act for “putting into a computer system false computer data in a manner that is likely to cause panic in the public.” If found guilty, he faces up to five years in prison and a fine up to THB100,000 (US$3,050). The charge is based on a complaint that Airports of Thailand PCL, the national airport operator, filed against Danai for a March 16 post on Facebook. Using the alias “Zen Wide,” Danai wrote that upon return from Barcelona, he and other passengers on his flight did not encounter any COVID-19 screening at Bangkok’s Suvarnabhumi Airport. The Airports of Thailand PCL alleged his post is not factual and caused public panic, and misled people into thinking that Suvarnabhumi Airport had failed to effectively employ COVID-19 screening.”

Norway’s ruling party has been granted emergency powers to rule without needing to consult parliament. In fact, parliament has been suspended for at least one month; the executive branch of the government can now change laws without consulting parliament. World Socialist Web Site reports:

“Although Solberg’s government formally declared that the emergency powers would be restricted to combatting the coronavirus, the government made clear that the scope would be extremely broad. “We do not know in what context they will be used,” Justice Minister Monica Maeland said of the powers. “We will have to see from case to case.””

The coronavirus crisis is also allowing some governments to push forward aspects of technocracy, such as robotic police or robo-cops. Activist Post reports:

“The interior ministry of Tunisia has deployed “Robo-Cop” a police robot named PGuard. They want to use PGuard to ensure that residents follow lockdown rules to help stop the spread of coronavirus. The PGuard can run for up to eight hours and is equipped with a 360-degree thermal camera, four full HD infrared cameras, GPS and a laser telemetry system. It is unknown how many PGuard are roaming the streets of the country’s capital Tunis … When the robot notices anyone walking in the streets it approaches them to find out why they are out. They are requested to show their ID and any other relevant documents to the camera. The officers controlling the robot can then check the information to ensure they are outside for a valid reason.”

Final Thoughts: Anything Goes Because Coronavirus

When people submit to fear and shut off their faculty of critical thinking, manipulators pounce upon the chance to push forward their schemes of control. It is well known that governments have a set of desired powers on the shelf, waiting for the perfect chance to enact and execute them. They draft laws in advance and wait for the right timing. For those at the very peak of the NWO pyramid, they don’t wait for the right timing; they create the right timing by generating a problem or the perception of a problem. Remember, it doesn’t even have to be a real problem, as long as people believe there is a problem and are sufficiently afraid. Perception is everything.

“Today Americans would be outraged if UN troops entered Los Angeles to restore order; tomorrow they will be grateful! This is especially true if they were told there was an outside threat from beyond whether real or promulgated, that threatened our very existence. It is then that all peoples of the world will pledge with world leaders to deliver them from this evil. The one thing every man fears is the unknown. When presented with this scenario, individual rights will be willingly relinquished for the guarantee of their well being granted to them by their world government.”

Operation Coronavirus is changing every corner of all the earth and seemingly leaving no nation untouched. This is a scripted agenda for worldwide transformation if there ever was one.

Makia Freeman is the editor of alternative media / independent news site The Freedom Articles and senior researcher at ToolsForFreedom.com.