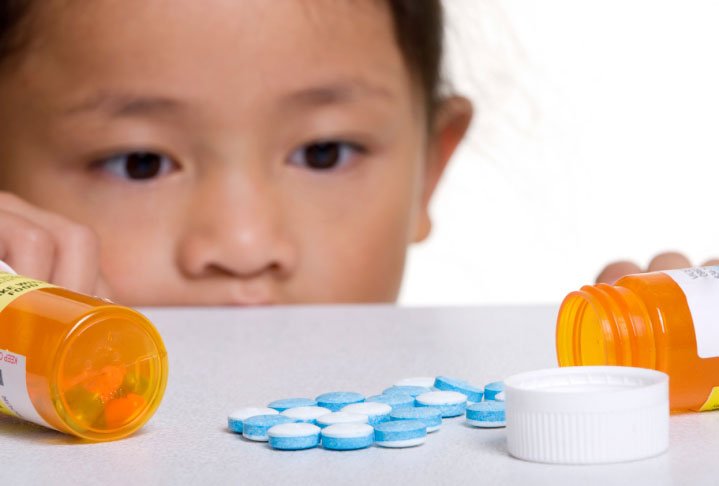 Modern children are being poisoned like never before in the history of human civilization. No wonder the rate of autism in America has skyrocketed to 1 in 88 children over the last few decades, putting autism squarely in the “epidemic” category.

But don’t expect any CDC action on this epidemic. The CDC knows full well why autism rates are exploding across America, but instead of admitting the truth, the CDC is running a cover story to protect the corporate interests of the real culprits: the medical corporations poisoning children for profit (see below).

It’s not just medical companies that are poisoning our children, by the way: They’re also being poisoned in other insidious ways that suppress free thinking, assault good health and crush children’s souls.

Here’s my list of the ten worst ways in which our children are being poisoned right now.

It is an admitted fact that today’s vaccines given to children are intentionally formulated with mercury, aluminum, MSG and formaldehyde, all of which is insanely injected into the body of infants and children.

This is openly admitted by the CDC itself, which has emerged as a criminal front group for the vaccine industry. Rather than trying to determine why vaccines are causing so much autism, the CDC tries to hide the evidence, delay the hearings, and deploy smoke and mirrors to protect the criminally-operated vaccine industry where nearly every single vaccine manufacturer operating today has been found guilty of multiple felony crimes.

Astonishingly, dentists in the USA continue to fill children’s mouths with the most toxic heavy metal known to man: Mercury.

They don’t call it mercury, of course, because that would raise too many questions. Instead, they call them “silver amalgam fillings.” But the No. 1 ingredient in these fillings is, of course, the heavy metal mercury.

Sodium nitrite causes pancreatic cancer, colon cancer and brain tumors in children. It is intentionally added to hot dogs, sausage, bacon, pepperoni, lunch meats and nearly all processed meats. A nation that eats sodium nitrite on a regular basis will have sky-high rates of cancer as a result.

In addition to sodium nitrite, school lunches are also filled with GMOs which we now know cause huge cancer tumors in animals. The USDA, which is already in bed with Monsanto on the regulatory side, also buys masses of genetically engineered food to be used in school lunch programs.

Television was invented as a way to educate and uplift and population, but it has become dominated by commercial interests who brainwash children into worshipping materialism and being manipulated into feelings of inadequacy.

The point of this is to push sugary cereals, action figures, toys and junk foods into the minds of children so that they nag parents into buying it for them. Virtually all Saturday morning television, for example, has devolved into a “nag factor manipulation matrix” designed to brainwash children into begging their parents to purchase consumable items that generate profits for corporate advertisers.

Where is the education in television these days? It is now relegated to a few channels that focus on documentaries and non-fiction subjects, and even those channels are still funded by corporate interests.

American children are being insidiously poisoned by public schools and all the atrociously damaging ideas those schools teach.

Many schools are now teaching what is essentially socialism or even communism. They attack and ridicule students who believe in the founding principles of America: patriotism, the Bill of Rights, individual liberty and the U.S. Constitution.

Students are also now being microchipped and taught that they are slaves of the state.

Just recently, in fact, several students were suspended from Kearney High School for painting the American flag on their chests for a lip-sync music video project sponsored by the school.

This is all a type of mental poisoning of our children, done under the banner of “education.”

Children everywhere are being bathed in toxic poisons from all their personal care products, including soaps and shampoos, laundry detergents, fabric softeners and even toothpaste.

Children are being wildly poisoned by the dumping of hydrofluosilicic acid into the water supply. This is incorrectly called “fluoride” but it’s actually a toxic byproduct of the chemical fertilizer industry or aluminum smelting industry.

As Natural News has proven, fluoride is sold as an insecticide chemical and a metals smelting chemical. It is one of the most toxic substances yet discovered, which is why it kills insects so effectively.

Fluoride is so toxic that dumping it into a river or stream in the United States would be considered an act of ecological terrorism. Yet, somehow, it is legal to dump it into the water supply of human beings who then urinated it back into the rivers and streams where it poisons the environment.

Indoor air pollution is a significant source of toxic chemical exposure for children. Carpets, paints, wood floor and even furniture all give off toxic fumes that can promote cancer and aggravate allergies.

Many homes, schools and commercial buildings are contaminated with toxic molds that are also ingested by infants and children. Even hospitals circulate potentially deadly superbugs that can kill children.

Make no mistake that children — especially boys — are being mentally poisoned by video games. These games teach boys that violence is normal through the relentless assault of ultra-realistic first-person shooters that put players in the position of violently murdering other human beings.

These games desensitize children to the real world, and they train children to grow up and join the military. Some of the most popular games are actually engineered and published by the military as recruiting systems for teens.

Take a look at the ultra realism (and violence) of “Far Cry 3” in this teaser video. This is what your kids are playing when you buy them an Xbox:

One of the greatest crimes against children today is found in the realm of psychiatry. That dark art of anti-medicine pretends to “diagnose” children with “disorders” which are then claimed to be treated by mind-altering psychiatric drugs such as Ritalin and Prozac.

The entire industry of modern psychiatry is a criminal drug ring conducted for the sole purpose of generating profits by treating children as pharmaceutical disposal objects. Most of the psychiatric disorders found in the DSM-V manual are completely fabricated works of fiction. The drug industry and modern psychiatry run their fraud as a tag-team of criminals who prey on children.

The most effective group fighting this today is the Citizens Commission on Human Rights (CCHR), found at www.CCHRint.org