Prepare For Change
Home Allied Light Forces Are Heaven and Hell about your Perception? 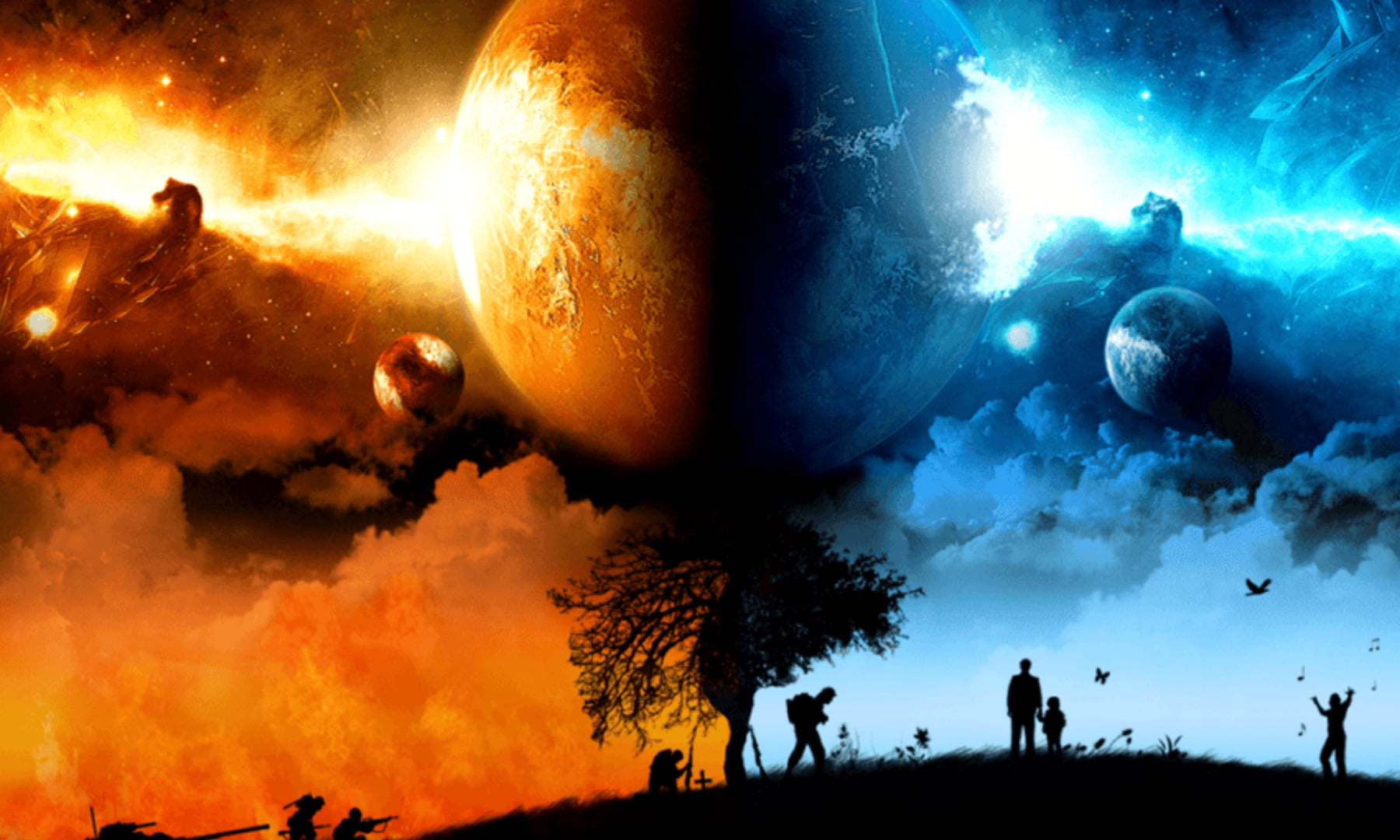 “I think hell’s something you carry around with you. Not somewhere you go. They’re doing the same things they always did. They’re doing it to themselves. That’s hell.” ~ Neil Gaiman, Season of Mists

For as long as I can remember, I’ve believed that heaven and hell were both inside of you because they are about your perception. A lot of people get hung up on this idea of perception as if in any given moment I choose what it is that I perceive. Like I am constantly fully creating my experience just by thinking about it happening. I don’t put much credence in that or the law of attraction for that matter.

Paraphrasing what Nietzsche said, “Thoughts don’t come as I will, but as they will.” I find this to be pretty apt. Anyone who has worked on their own state of mind realizes that more often than not, it’s not about controlling your thoughts, it’s about allowing the thoughts that exist to come and to go while maintaining the mental space that you would like.

Most of the time this takes a lot of practice and at the beginning a fair bit of effort. So, what I am about to say here is not an attack on any specific person, but rather an invitation to rethink your life so that hopefully you can work your way out of hell and into heaven.

Whether you experience yourself in heaven or in hell, depends on how you experience reality itself. There probably is neither a place called heaven nor one called hell in any kind of objective reality. Rather, heaven and hell are your interpretation of the world that you live in.

I don’t think this is necessarily a choice because I believe in an unconscious model of the self. Therefore people don’t really choose who they are in any given moment, who you are is based on the world that you’ve lived and the life that you have lived. Who we are is something that we become through our experiences. In order to really change who we are, we need to change the underlying program that creates us.

This is why I’m such a fervent believer in hypnosis and meditation because both of them allow you to change who you are on a deeper level, so that who you are on the surface and ego-based level also changes.

While it’s too much to get into here, I believe the ego is necessary and helpful for human experience, because it’s a lens that informs how we look at the world. In other words, our ego is the meta-frame through which we look at reality. Martin Heidegger talks about emotions as attuning us to reality because in any given moment an emotion is going to shade how we experience the thing that we’re experiencing.

For instance, if you’re feeling intense love for your partner, you’re very likely to see them through rose-colored glasses. You’ll see them as lovely, incredible, smart, etc., and somebody that you probably want to spend the rest of your life with.

You don’t necessarily have full choice or creative experience over this because you are not fully in charge of the meta-frame doing the job of framing in any given moment – it is you. Changing it as you live is like trying to morph into a different car as you’re driving down the interstate.

Rather, what’s happening is that in any given moment your experience is being framed for you through your ego. But really what we’re talking about here is a sort of meta-frame for all the frames that you look at reality through that is inevitably shaded by the frames inside of it like the frames of your emotions.

Coming back to the topic of heaven and hell, if you live within a meta-frame that everything sucks, that the world is a bad place, that other people are out to get you, that you don’t have a chance, or any of the many ways that we could consider having a state of mind that doesn’t lead to personal growth (most people would call this a bad state of mind), then as you experience the world, these are the elements of it that are going to pop out to you. You’re going to see the world as if it is garbage.

Likewise, if you have a meta-frame that everything is awesome, believe you are able to do whatever you want, and don’t have any limitations, etc., then this kind of state of mind is going to lead you to a life where you act as if you have no limitations at all.

While neither of these are perfect mind states, both of them are going to lead to drastically different outcomes, and if you believe you are living in your own personal hell, then you probably are.

This is an idea that I’ve been thinking about for quite a long time because I grew up with Christian mother who emphasized bible studies. At this point in life I’m not a Christian, but the teachings of Christ are still something that I think about rather often because of their impact on my early life.

Although the idea of the Kingdom of Heaven on Earth is something that Jesus doesn’t talk about a tremendous amount, it’s something that you’re more likely to hear in a couple of places.

As you’ll notice in 21, he says the kingdom of God is within you. Now this changes a little bit depending on what translation you’re reading, but this is what it says in the King James Version. There’s a lot of biblical ways to look at this like you could say that you’re already part of God, God is inside of you, you’re living God’s will, etc.

Looking at this in a metaphorical way, he’s saying exactly the same thing that I’m saying and resonates with the comment made by Neil Gaiman above.

Maybe, there is no heaven to go to, there’s only a heaven to find. The way that you find it is by making a life in which you’re so deeply in love that you feel as if you are in heaven already.