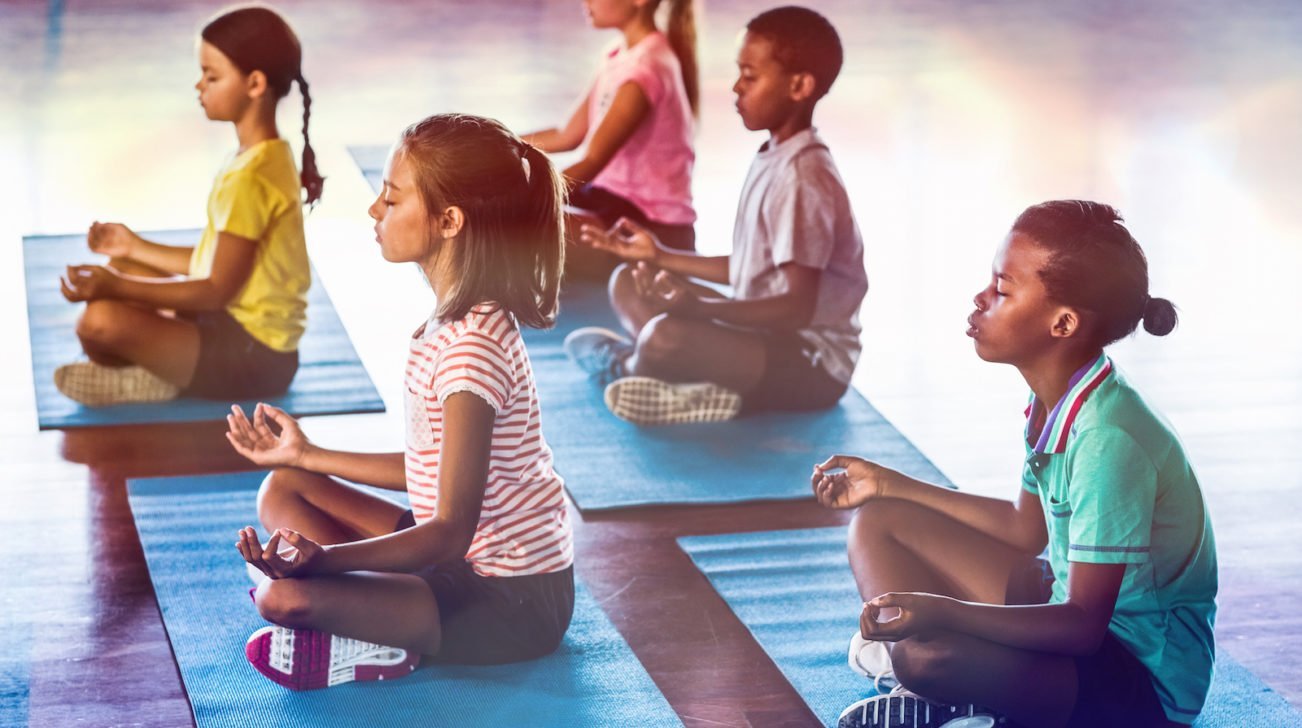 By Allana Ketler at collective-evolution.com:

Public schools in Pittsburgh are now joining the growing number of forward-thinking educators by bringing mindfulness practices into the daily schedule for students. As more observe the beneficial outcomes from the practice of meditation rather than what many feel to be archaic methods of disciplinary tactics, the more we begin to see these practices catch on.

We already know that the traditional education system needs some work, in more ways than one. Many children are faced with a lot of stress and pressure from the demands of the public education system. Children are also subject to various social pressures that arise at school. Robert Scherrer, Superintendent at North Allegheny, brought mindfulness practices into his schools for this exact purpose, he commented,

“We realize that a number of our students were experiencing tremendous amounts of stress. We wanted to teach them some strategies and techniques that could really help them deal with that stress.”

School children, especially those attending schools in the U.S. are under even more pressure and stress because of the much-too-frequent school shootings and thus increased security, lockdown drills and a rising tension in their environment. No doubt that meditation can help the students to remain calm and hopefully release any fear and anxiety that may be lingering because of these unfortunate acts of violence.

Meditation Instead Of Detention

Some schools are opting to try meditation before detention to get the results they are after and also to try and prevent the issue from happening again. Pittsburgh wasn’t the first school to do this, San Francisco has had great success with these programs a few years ago, NBC News reported,

“So did you buy into this in the beginning, or were you like, hold on a minute, meditation?”

“I thought it was a joke. I thought, this is ‘hippie’ stuff that didn’t work in the 70’s so how is it going to work  now?” O’Driscoll admitted.

But it wasn’t long until the skeptical coach was made a believer. Four years after ‘Quiet Time’ was introduced into the daily regime of the grade school students, some remarkable results were shown, including a 79% decrease in suspensions, an increase in attendance to 98.3%, and an overall increase of GPA by .4.

Today, over 1500 students and 170 staffers have been trained in transcendental meditation in four schools, including Burton High, a place once known as ‘fight school’.

Bill Kappenhaggen, principal at Burton High, admitted he was initially worried about taking time out of the student’s academic schedule, so he increased the school day by half an hour to make time for meditation. But his worry proved wrong, as the school has already seen a 75% decrease in suspensions and a successful jump from the bottom of California’s academic ladder to a rightful spot in the upper middle level of achievement.

Some of the students from Burton high explained what this new practice has done for them,

“It makes you more conscious of your actions,” one female student explained.

“It brings you down to that [level of] ‘calmness’,” another male said.

A young student named Tobias revealed that meditation even helped him deal with his insistent anger, “[Before this], I always wanted to fight everybody for some reason.”

In a closing interview, McFadden asked Principal Kappenhaggen if he really thought it was possible for meditation to change the violence and stresses outside the school walls, to which he responded, “I do not, but I do believe [that it] can help change the way the [students] deal with the violence, the trauma, and the stresses of everyday life.”

Seems like finally, we are coming to terms with the fact that the old methods of doing things, including many in the public school sector, simply aren’t working anymore. Out with the old, it’s time to embrace the new. Hopefully, the alternative of teaching students these mindfulness practices will continue to spread so these kids can gain the tools that may help them with stepping into their potential and being able to maintain a healthy state of mind.