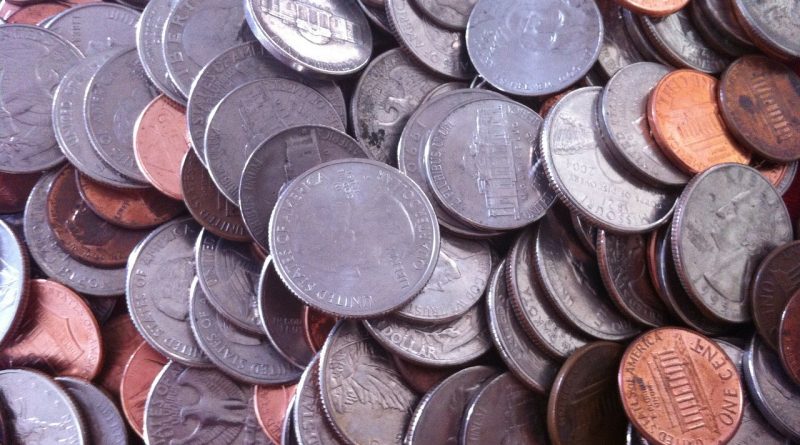 Many retail businesses including grocery stores and fast food restaurants have been wrangling with a national coin shortage. Some are posting notices informing customers that they will need to pay in exact change or use alternative payment methods such as credit cards.

What’s driving this scarcity of quarters, dimes, nickels, and pennies?

The answer from the U.S. Mint: COVID-19. The virus caused some Mint branches to temporarily slow or suspend production this spring. By May, the total number of circulating coins minted this year came in at around 4 billion, a 1 billion-coin shortfall compared with the same period in 2019.

Now as economic activity recovers, there aren’t enough coins to go around.

A big part of them problem is that the Mint continues to produce more pennies than any other denomination. It now costs two cents to mint a penny, making them a losing proposition from an economic perspective.

It’s questionable whether the typical consumer even wants to bother with collecting pennies as change. Their value has been so diminished by inflation that they are functionally worthless.

Over the past 50 years, the purchasing power of U.S. coins has gone down by than 85%, according to the Bureau of Labor Statistics’ own CPI Inflation Calculator.

Anyone in 1970 who had proposed minting a fractional penny worth only one-fifth of one cent would have been laughed at. Yet today, the penny laughably circulates at less than one-fifth the purchasing power of a cent in 1970.

Back then, pennies were composed of solid copper. Today they contain mainly cheaper zinc. (Pre-1983 copper pennies can be purchased by investors based on their intrinsic copper value for potential use in barter and trade – or to profit from rising copper prices.)

According to sound money advocate Will Luther, pennies “get minted today because clever lobbyists are good at harnessing nostalgia and advancing junk arguments about rounding. A private coin industry would not be able to waste taxpayer funds for the sake of subsidizing metal miners or pleasing their representatives in Congress. Instead, private mints would produce the kind of coins people actually want to use.”

While the practical case for ditching pennies is strong given their extremely low utility these days, we would caution against the dangers of sliding down a slippery slope that could lead to the elimination of all circulating coinage and paper notes.

Big banks and some government bureaucrats have used the global pandemic as an excuse to push for a cashless, all-electronic payment regime.

The recent coin shortage has been awfully convenient for advancing the War on Cash – an agenda that would ultimately do away with financial privacy by forcing everyone onto traceable digital systems.

Since currently circulating coins and paper cash are poor stores of value, the best way to hold money privately, off the financial grid, is through hard money.

Coins, rounds, and bars with intrinsic metal value in their copper, silver, gold, platinum, or palladium content have the potential to gain purchasing power over time.

Stefan Gleason is President of Money Metals Exchange, a precious metals dealer recently named “Best in the USA” by an independent global ratings group. A graduate of the University of Florida, Gleason is a seasoned business leader, investor, political strategist, and grassroots activist. Gleason has frequently appeared on national television networks such as CNN, FoxNews, and CNBC and in hundreds of publications such as the Wall Street Journal, The Street, and Seeking Alpha.