Prepare For Change
Home ARCONTES How a False Hydroxychloroquine Narrative Was Created, and More 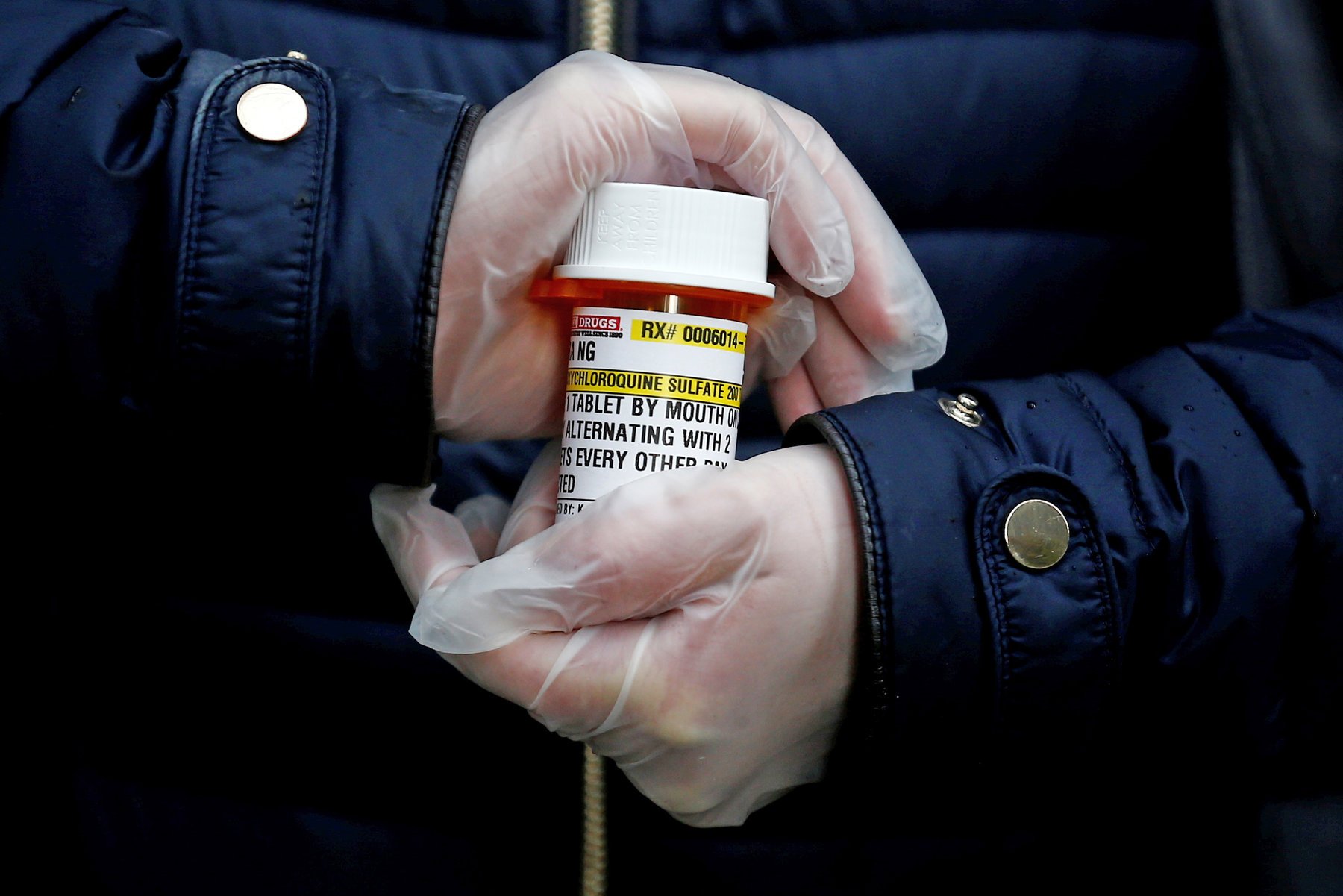 It is remarkable that a series of events taking place over the past 3 months produced a unified message about hydroxychloroquine, and produced similar policies about the drug in the US, Canada, Australia, NZ and western Europe.  The message is that generic, inexpensive hydroxychloroquine is dangerous and should not be used to treat a potentially fatal disease, Covid-19, for which there are no (other) reliable treatments.

Hydroxychloroquine has been used safely for 65 years in many millions of patients.  And so the message was crafted that the drug is safe for its other uses, but dangerous when used for Covid-19.  It doesn’t make sense, but it seems to have worked.

Were these acts carefully orchestrated?  You decide.

Might these events have been planned to keep the pandemic going?  To sell expensive drugs and vaccines to a captive population?   Could these acts result in prolonged economic and social hardship, eventually transferring wealth from the middle class to the very rich?  Are these events evidence of a conspiracy?

Here is a list of what happened, in no special order. Please help add to this list if you know of other actions I should include.  This will be a living document, added to as new information becomes available.

I have penned this as if it is the “To Do” list of items to be accomplished by those who pull the strings.  The items on the list have already been carried out.  One wonders what else might be on their list, yet to be carried out, for this pandemic.

Situations that were controlled to show no benefit included 3 large, randomized, multi-center clinical trials (Recovery, Solidarity and REMAP-Covid), the kind of trials that are generally believed to yield the most reliable evidence. However, each of them used excessive hydroxychloroquine doses that were known to be toxic and may have been fatal in some cases; see my previous articles here and here.

Finally, but not until May, you have Fauci’s NIAID conduct a trial in outpatients, using hydroxychloroquine plus azithromycin, but you only enroll 20 patients, after earlier planning for 2,000. Only half get the drugs. You reduce the duration of followup from 24 weeks to 13 days post treatment. This ridiculously small number of subjects assures meaningless results. Who pulled the plug on this trial?

Another example:  you have FDA make unsubstantiated and false claims, such as:  “Hospitalized patients were likely to have greater prospect of benefit (compared to ambulatory patients with mild illness)“ and claim the chloroquine drugs have a slow onset of action. If that were really true, they would not be used for acute attacks of malaria or in critically ill patients with Covid. (Disclosure:  I once dosed myself with chloroquine for an acute attack of P. vivax malaria, and it worked very fast.). Providing no other treatment advice, even though providing such information is a large part of its mission, CDC instead refers clinicians to the NIH guidelines, discussed below.

Despite the fact that Belgium’s COVID treatment guidelines  repeatedly mention that the doses of HCQ in the Recovery and Solidarity trials were 4 times the cumulative dose used in Belgium, you make sure the Belgian guidelines, paradoxically, only recommend use of HCQ within clinical trials.

“Under the assumption that in vivo cellular accumulation is similar to that from the in vitro cell-based assays, the calculated free lung concentrations that would result from the EUA suggested dosing regimens are well below the in vitro EC50/EC90 values, making the antiviral effect against SARS-CoV-2 not likely achievable with the dosing regimens recommended in the EUA. The substantial increase in dosing that would be needed to increase the likelihood of an antiviral effect would not be acceptable due to toxicity concerns.”

You have a WHO report claim toxic doses are needed. This is nonsense since:

Tellingly, JAMA editor Gordon Rubenfeld wrote in April, after the Brazilian study came out in JAMA, “if you are prescribing HCQ after these JAMA results, do yourself and your defense lawyer a favor. Document in your medical record that you informed the patient of the potential risks of HCQ including sudden death and its benefits (???).”

The only “safety” information collected during the trial was whether patients required oxygen, required a ventilator, or died. This effectively masked the adverse effects of the drugs tested.

I should mention that WHO’s initial plan for its Solidarity trial entirely omitted the chloroquine drugs, but they were added at the urging of participating nations. WHO’s fallback position appears to have been to use toxic doses.

Yet Dr. Fauci told USA Today on February 17 that Americans should worry more about the flu than about coronavirus, the danger of which was “just miniscule.” Then on February 28, Drs. Fauci and Robert Redfield (CDC Director) wrote in the New England Journal:

“…the overall clinical consequences of Covid-19 may ultimately be more akin to those of a severe seasonal influenza (which has a case fatality rate of approximately 0.1%) or a pandemic influenza (similar to those in 1957 and 1968) rather than a disease similar to SARS or MERS, which have had case fatality rates of 9 to 10% and 36%, respectively.”

Physician and state senator Scott Jensen of Minnesota is being investigated by his state medical board due to anonymous complaints about ‘spreading misinformation’ and giving ‘reckless advice’ about COVID in interviews. Jensen was previously selected as “Family Physician of the Year” in his state. Now his medical license is at risk, not because of how he treated a patient, but for what he said outside of the office. Unprecedented.
UPDATE:  Jensen was exonerated.

Then Sanofi started collecting information on all off-label use of hydroxychloroquine in New Zealand and Australia.  Why is Sanofi, a drug manufacturing company, becoming a surveillance/enforcement mechanism intended to frighten medical providers from using the drug for Covid, which use is by definition “off label.” Sanofi alternatively suggests one may report (anonymously or not) others’ off-label use to New Zealand’s Pharmacovigilance Center or the Australian equivalent.

And see this: Novartis will supply HCQ only under certain conditions, and halted its HCQ trial due to lack of enrollments, although enrollment was not an issue for its other COVID trials.

While it is for every individual clinician to make prescribing decisions, we strongly discourage the use of off-licence treatments outside of a trial, where participation in a trial is possible… Any treatment given for coronavirus other than general supportive care, treatment for underlying conditions, and antibiotics for secondary bacterial complications, should currently be as part of a trial, where that is possible.”

Today, Bitchute is hosting their press conference. So is Brighteon. In those media that describe what happened, the group is tarred for providing misinformation.

This ban got so much attention that the Ohio Governor (who must have initially supported it) rescinded it the next morning. July 30, saying he agrees with FDA Commissioner Stephen Hahn, who said in a July 30 interview that the prescribing of HCQ is between a doctor and patient.

MedPageToday claimed it “could find no evidence that any of the speakers worked in hospitals with significant numbers of COVID-19 patients.” But the doctors claimed they used the drug early and prevented hospitalizations and deaths.  With over 4.4 million Americans diagnosed with Covid, what doctor hasn’t seen a Covid patient?

USAT headlined:  ‘America’s Frontline Doctors’ may be real doctors, but experts say they don’t know what they’re talking about.

You have USA Today review and publish detailed information on the licenses, practice locations and malpractice histories of the doctors who spoke out. USAT reporters claim these doctors are not experts and lack knowledge about the use of HCQ in Covid-19, despite the fact that most work in primary care, urgent care or emergency medicine and report using the drug for Covid. Yet no one asks how many years ago ‘expert’ Fauci last treated a patient? Expert Birx’ medical license expired in 2014, so she hasn’t treated a Covid patient either.

So, just in case doctors thought the Frontline Doctors’ video, or a new study from Spain showing the drug’s usefulness meant they should use hydroxychloroquine to treat Covid, you must act fast. You use Representatives at a Congressional health subcommittee hearing on July 29 to threaten doctors about the use of the drug last April in veterans who were nursing home patients.  Per the Washington Post:

“doctors at the 238-bed nursing home dosed [30] patients with what came to be called a “covid cocktail” for more than two weeks in April, often over the objections of nurses and without the full knowledge of residents’ families. At least 11 residents received the drug even though they had not been tested for covid-19, The Post found.”

I have treated patients in nursing homes, and one rarely discusses medication changes with family, unless the patient is seriously ill.  When nursing home residents were dying like flies last April, when tests were hard to come by and confirmed diagnoses few and far between, doctors used this medicine to try to prevent nursing home deaths during a pandemic. And now they are being scapegoated for doing so.

The WaPo article does not even tell us whether the patients survived, thrived or were harmed. The article hardly makes sense. Its only purpose is to blacken the drug and the physicians who use it.