Prepare For Change
Home ARCONTES Chicago Police Superintendent: Looting and riots happened because there are NO consequences… 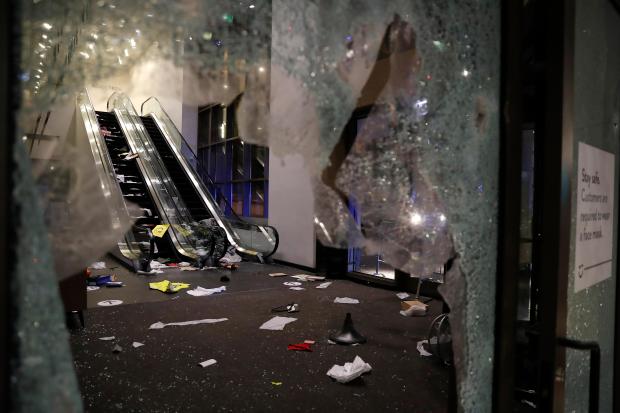 Brown said “these looters, these thieves, these criminals are emboldened by no consequences in the criminal system. They get released, many charges get dropped. So they feel emboldened to do it more.”

The Superintendent of Chicago Police dropped some hard truth today on why the riots and looting happened last night in Chicago.

Superintendent David Brown: These looters acted the way they did because they feel emboldened by the lack of consequences of arrests in the past months.

"We have to have consequences for the arrests that Chicago Police officers make". pic.twitter.com/004MyYIRjo

A reporter asks if Brown is saying that the courts and the prosecutors were not doing their jobs, but Brown suggests the reporter not take his word for it, but to just look at the public record of what has been done. Then Mayor lightfoot steps in and reprimands the reporter, telling him “don’t bait us”, adding “this is a serious situation, people are concerned about their safety.” She continued with the same message, saying there has to be consequences for these actions.

This from the same mayor who gave rioters who attacked police exactly what they wanted in taking down the Columbus statue in Grant Park. This from the same mayor who refused Trump’s help to backup the police, and then when she did agree to some federal agents coming in to help, she told her citizens to report anything they see these federal agents doing that they don’t think is right.

Just like Mayor De Blasio, she’s been a nightmare for Chicago, putting politics above the rule of law and the safety of her citizens. And now she wants to get serious? This happened because she hasn’t been serious up to this point! She’s got police too busy arresting people on the beach!