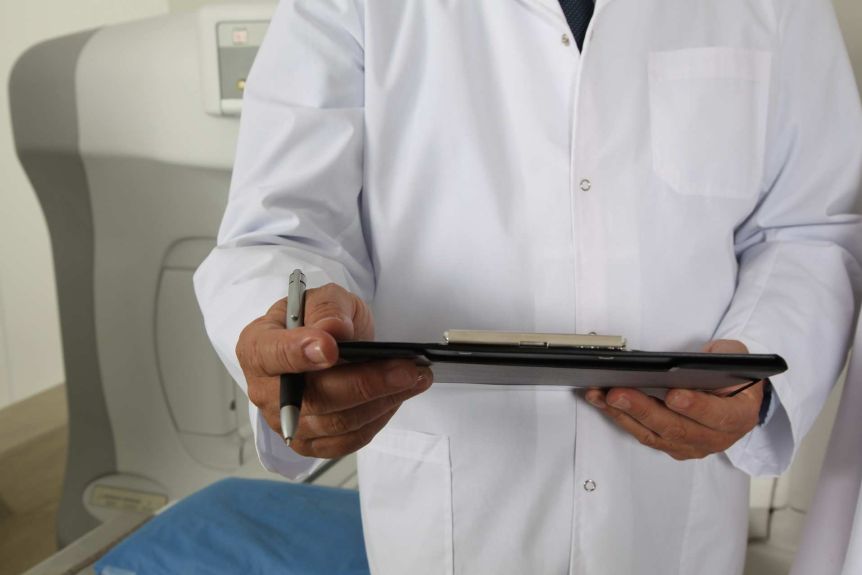 A Melbourne doctor has had his registration suspended after a tribunal found his anti-vaccination views posed a risk to the way he practised medicine.

English-born GP Michael Ellis also posted anti-abortion and Islamophobic material on his page and was accused of having bizarre views on coronavirus treatment.

The doctor is described as a “futurist”, “peace worker” and general practitioner on the Health Australia Party website, where he is listed as an advisor.

The party has been criticised by the Australian Medical Association in the past for its position on vaccination.

Dr Ellis published the claims on his personal Facebook, which were seen by 76 friends, and a larger forum “liked” by more than 11,000 people.

The 76-year-old, who has been practising in Australia since the 1980s, made posts dating back to 2017 with headings like “IF YOU SEE A PSYCHIATRIST YOU MAY AS WELL SEE AN UNDERTAKER!!!” and “DOCTORS ARE EDUCATED (and) BRAIN WASHED UNDER THE GUIDE LINES OF BIG PHARMA” and “PROOF OF THE TOXICITY OF VACCINES!!!!”.

Another post begins with the heading “Something is rotten in the state of Denmark”, a reference to the Shakespeare play Hamlet, which accompanies an article about an infant who was said to have died within hours of being vaccinated.

The Medical Board of Australia suspended his registration in late May after a notification in November 2019 prompted an investigation of his social media by the Australian Health Practitioner Regulation Agency (AHPRA).

Dr Ellis appealed against the decision to the Victorian Civil and Administrative Tribunal (VCAT), arguing his registration could instead have conditions imposed on it.

He told the tribunal the posts were his “viewpoints at the time” but not his “beliefs”.

When asked about the unsubstantiated claims on vaccines, the doctor said the evidence was moving “back and forth all the time” and that there were pros and cons.

In addition to his posts about vaccines, Dr Ellis reposted a claim on Facebook earlier this year which stated vitamin C supplements were “very effective at killing the [corona]virus — and boosting the immune system”.

The Royal Australian College of General Practitioners alleged that just weeks after his post on Facebook, Dr Ellis sent them an email seeking advice on recommending the use of vitamin C in his general practice that may “cure, prevent or ameliorate influenza or COVID-19”.

The regulator also put to him concerns about a 2018 post which read: “Gaydom comes first at the expense of normal family values — this is an atrocity against the heterosexual community in Australia.”

The comment was in response to an article reporting that childcare centres were required to have toys and books that were “gender equitable”.

The ruling said Dr Ellis said “he was not against the LGBTQI or Muslim communities and that, among other things, he had friends within those groups”.

Claims ‘very few’ patients would have known about the posts

Dr Ellis has founded several organisations dedicated to world peace and other causes.

He presented various character witnesses who said he had never had any complaints from patients and was well respected in the medical community.

He told the tribunal he would never refuse to administer or advise against vaccinations to his patients.

Dr Ellis said although some people who read the material knew he was a medical doctor, “very few” of his patients would have known he was associated with the sites.

He added that he had aimed to keep his identity as a doctor secret.

Under national guidelines, medical practitioners must “make sure that any comments you make on social media are consistent with the codes, standards and guidelines of your profession and do not contradict or counter public health campaigns or messaging”.

“We have a reasonable belief that Dr Ellis poses a serious risk to persons and that it is necessary to take immediate action to protect public health or safety,” the VCAT board found.

His registration will stay suspended while an AHPRA investigation into Dr Ellis is ongoing.

When contacted by the ABC, his lawyer said he could not comment on his client’s suspension.