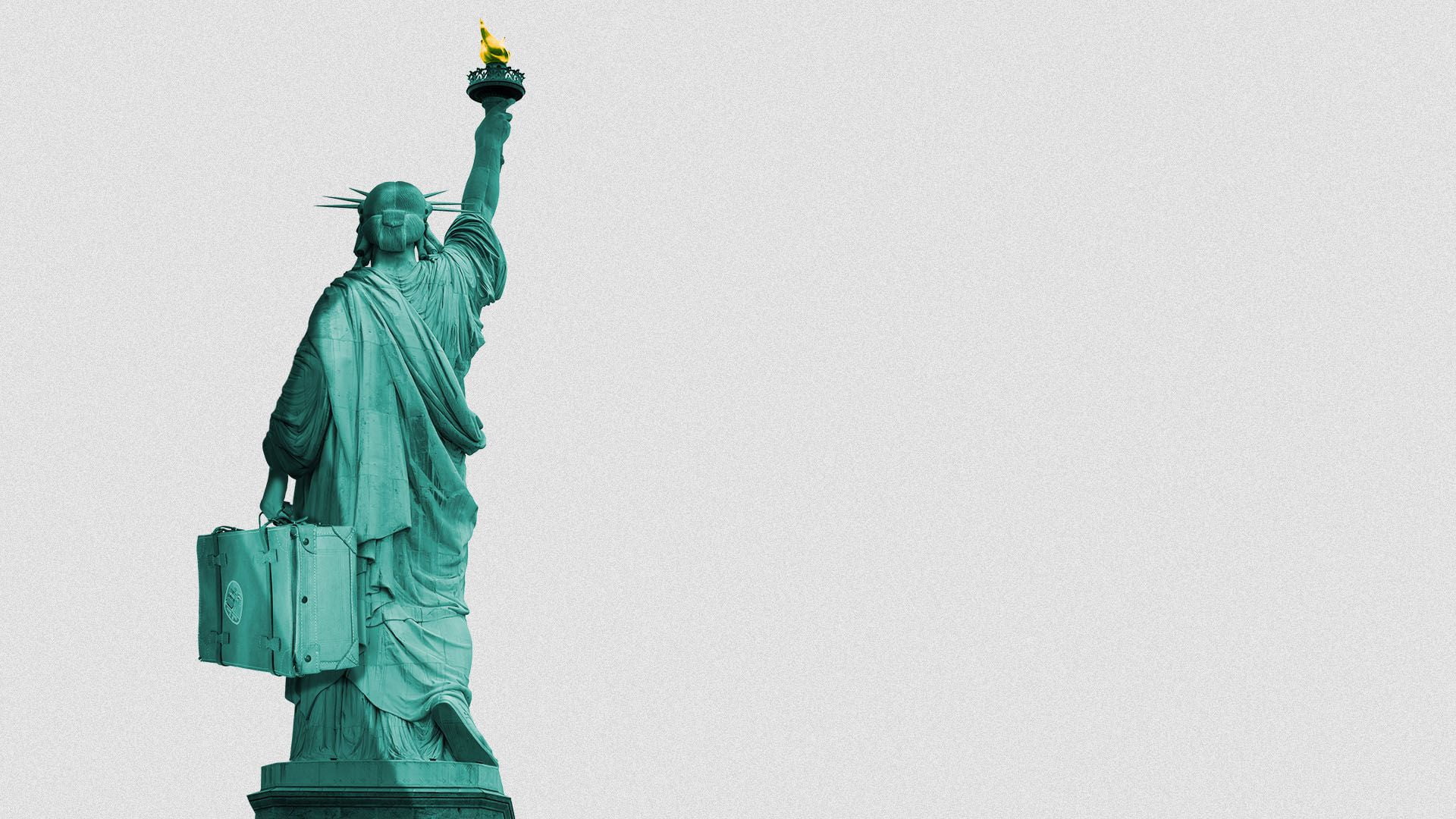 By Jennifer A. Kingston,

Suddenly, the city that never sleeps is starting to feel eerily sleepy. Apartment vacancies are at a record high, more than 1,200 restaurants have closed, and Wall Street bigwigs are doing their jobs from Greenwich or the Hamptons.

Why it matters: New York City is a success story in beating back COVID-19, but many of its wealthiest and most successful residents have fled, some of them never to return.

Driving the news: While the city typically empties out in August, with well-heeled New Yorkers taking vacations or moving to their second homes, this time feels different:

The impact: There are more than 13,000 empty apartments in Manhattan, and landlords are offering unheard-of discounts.

“There’s no reason to do business in New York,” Michael Weinstein of Ark Restaurants, which owns the famous Bryant Park Grill & Cafe, told the New York Times. “I can do the same volume in Florida in the same square feet as I would have in New York, with my expenses being much less.”

Where it stands: A throwdown between Mayor Bill de Blasio and the city’s unions over New York’s massive municipal budget deficit could make matters much worse.

The former New Yorker in the White House has been notably unsympathetic.

What to watch: With cold weather approaching, New Yorkers debate: Will things get even worse? And for how long?

Optimists include Andrew Hacker, Queens College professor, Upper West Sider and author of a new Trump book called “Downfall,” who tells Axios that the city will bounce back.