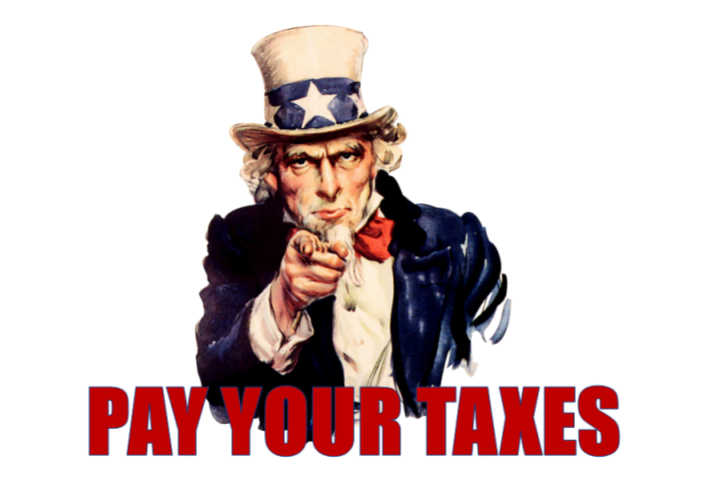 The American Bar Association (ABA) this week lambasted the Mexican government for using heavy handed tactics, including criminal probes into tax fraud, to motivate corporate tax dodgers to finally settle their tax bills. The complaint echoes a similar broadside from the International Bar Association last month and reflects growing frustration among companies about the government’s use of more stringent audits, tighter surveillance methods, and the threat of tough legal action to crack down on corporate tax dodgers and tax frauds.

The Government says it has launched criminal proceedings against 43 companies that owe 55 billion pesos ($2.6 billion) to the treasury in unpaid taxes dating back to 2010. Most other companies that have been subject to audit in recent months have agreed to settle their tax debts.

Thanks largely to its zero tolerance approach toward corporate tax dodging,the government so far this year through August has already collected over 60% more in taxes from large corporate taxpayers — 155 billion pesos ($7 billion) — than in the entire year 2019, Raquel Buenrostro, who heads Mexico’s SAT tax authority, told Reuters.

But authorities had reviewed only 627 large companies so far, she said, and over 11,000 companies, each with annual income above 1.52 billion pesos ($72 million), have not yet been audited, and more work needs to be done.

Each peso is desperately needed, not only to finance the government’s ambitious programs aimed almost exclusively at the country’s most vulnerable, but also to plug the gaping balance sheet hole left behind by the state-owned and now bailed-out oil major Pemex.

Before the arrival of the current president Andrés Manuel Lopez Obrador (AMLO), in late 2018, Mexico had the weakest tax take in the OECD and the fifth weakest of all economies in Latin America and the Caribbean. In 2018, it collected the equivalent of 16.1% of GDP — just 1.5 percentage points higher than the notorious tax haven Panama and less than half the amount of tax revenue collected as a proportion of GDP by Latin America’s other alpha economy, Brazil (33%).

One major reason for the discrepancy is that in Mexico many large companies, both domestic and subsidiaries of multinational corporations, have a long history of not paying the taxes they owe — in some cases going back decades. But that is beginning to change. In recent months, Walmart’s Mexico unit, Coca-Cola bottler Femsa, and brewer Grupo Modelo, a division of the world’s largest brewer Anheuser-Busch InBev, have all agreed to pay hundreds of millions of dollars in current taxes and back taxes.

The main reason companies are finally settling their debts is that the price for not doing so is a lot more punitive than it used to be. A few weeks ago, Audi agreed to an audit over some $4 million of unpaid local taxes, but only after the governor of Puebla threatened to close the German automaker’s plant.

The cases of two big companies that have refused to settle with authorities have been passed to the fiscal prosecutor’s office, Buenrostro said. Earlier this month, Mexico’s top fiscal prosecutor Carlos Romero said that the office may bring criminal charges against individuals that instigated or perpetrated the tax fraud, including executives and tax attorneys, who may face jail time.

When the AMLO administration took over almost two years ago, it “realized that there was no desire to collect taxes from certain companies,” Buenrostro, who heads the SAT tax authority, told El País. “Some businessmen were surprised to be summoned [to the tax office] because they had never had to pay the taxes. They told me that every three years they would simply waive the unpaid taxes.”

That is now changing. So far this year, executives of 627 companies have passed through Buenrostro’s office — except for the two — with check book in hand. Years-long and in some cases decades-long legal claims are being resolved in a matter of days, as the likes of Walmart, BBVA, Coca-Cola, and América Móvil finally settle their debts.

But not everybody’s happy about the new set-up. Four ambassadors, from the US, Canada, Japan and France, have paid Buenrostro a visit in recent months, all in the hoping of convincing Buenrostro to back off a little, but to no avail.

It’s this rough treatment of the executives and corporate tax attorneys — rough treatment meaning holding them personally accountable for their decisions — that has raised the hackles of the American Bar Association.

Mexico’s largest business lobby, Coparmex, complained that recent changes to the criminal code mean that companies that issue false invoices to avoid taxes are now being treated like organized criminal gangs. Some lobby members even accuse Buenrostro of “fiscal terrorism” for proposing to use photographs, videos and cell phones to gather information against tax frauds as well as threatening companies and their executives with legal action for failing to comply.

The SAT has also launched investigations against 70 public officials, half of them in customs, for looking the other way during previous administrations. Investigations that used to be resolved with a dismissal now often end up in the fiscal prosecutor’s office.

It appears that the powerful business groups active in Mexico no longer get coddled by the government, which also had the gall of steadfastly refusing to use taxpayer money to bail out shareholders and bondholders of large corporations during the virus crisis.