Prepare For Change
Home ARCONTES Democrats: ‘We Have a List, and You Will NEVER Work Again if... 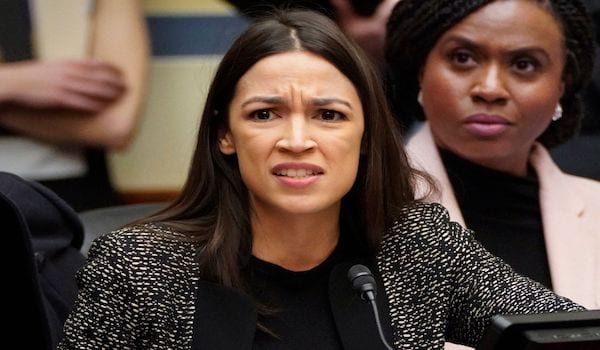 Democrats are creating a list of Donald Trump supporters and are vowing to destroy their lives. They believe Republicans must be punished for their sins of patriotism and conservative values. Is your name on the list?

The Democrats despise President Trump and his legion of loyal supporters. Now they’re threatening to destroy your life if you ever supported Trump.

It seems 2020 is the year the Communists in Washington, big-tech and mainstream media make their move against American patriots.

Jennifer Rubin is a Washington Post columnist who is threatening to blacklist any Republican “making baseless allegations of fraud.” She ends her Tweet with the ominous warning, “We have a list.”

Any R now promoting rejection of an election or calling to not to follow the will of voters or making baseless allegations of fraud should never serve in office, join a corporate board, find a faculty position or be accepted into "polite" society. We have a list.

Robert Reich, who worked with Democrats Obama and Clinton in the past, has said “When this nightmare is all over, we need a Truth and Reconciliation Commission.

It would erase Trump’s lies, comfort those who have been harmed by his hatefulness, and name every politician, executive, and media mogul whose greed and cowardice enabled this catastrophe.”

Chris Hayes, Left-wing talking head from MSNBC, agreed with the idea of a Truth and Reconciliation Commission and it should include people who don’t believe in wearing masks to stop the spread of COVID-19.

Self described Democratic Socialist Congresswoman Alexandria Acasio-Cortez is also in favor of keeping track of who supported Trump. She thinks his allies will soon be jumping ship and attempting to scrub any history of their support for the president.

Hari Sevugan was quick to reply in support of the idea. Savugan served as press secretary for the Democratic National Committee and was senior spokesman for Barack Obama’s presidential campaign.

He was excited to promote his new “Trump Accountability Project,” stating their goal was “to make sure anyone who took a paycheck to help Trump undermine America is held responsible for what they did.”

Is anyone archiving these Trump sycophants for when they try to downplay or deny their complicity in the future? I foresee decent probability of many deleted Tweets, writings, photos in the future

You better believe it. We just launched the Trump Accountability Project to make sure anyone who took a paycheck to help Trump undermine America is held responsible for what they did. https://t.co/clRu6WSfvL https://t.co/J78dgyHJpG

Republicans now enemies of the state

Evan McMullin is a former CIA officer who ran for president as an Independent in 2016. According to his Twitter page, he thinks “We should keep and publish a list of everyone who assists Trump’s frivolous and dangerous attacks on the election.

Name and shame forever.” Last, but certainly not least is raging Left-wing lunatic Keith Olberman, who thinks President Trump along with all of his supporters should be “removed from society.”

This is coming from the Democrats who have been calling Trump a fascist for four years. Let’s hope Trump can prove these allegations of voter fraud, get a proper recount in key states and win his reelection fair and square. Or else, the next MAGA rally might be at the Gulag.

OLBERMANN: “Terrorist Trump must be defeated…. and his enablers, and his supporters… and the Mike Lees, and the William Barrs… and the Kyle Rittenhouses and the Amy Coney Barrett’s must be prosecuted and convicted and removed from our society"pic.twitter.com/7oaYHfUoS1