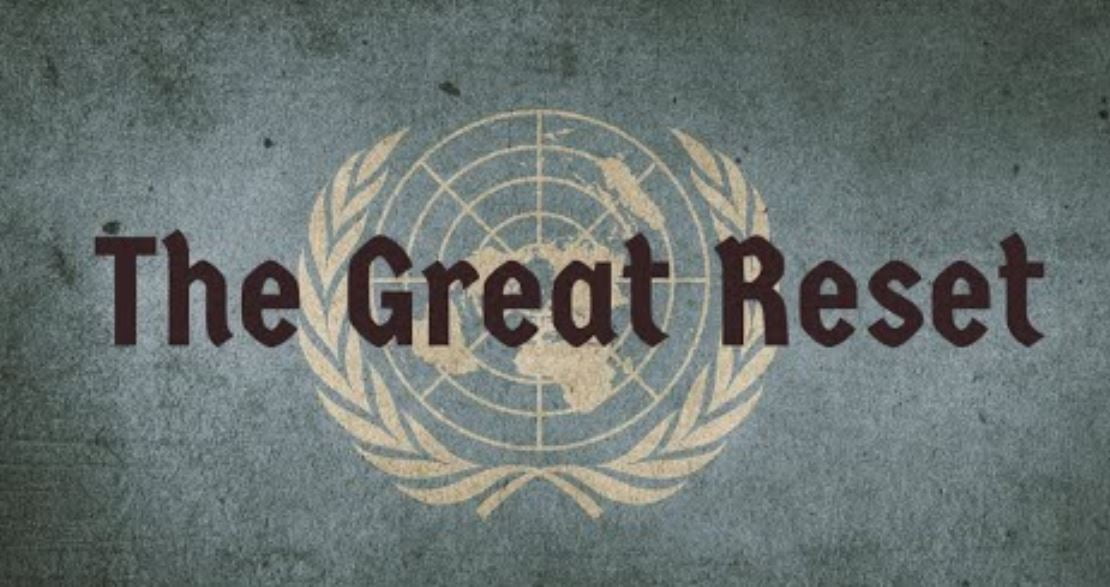 About twenty-four hundred years ago, the Greek philosopher Plato came up with the idea constructing the state and society according to an elaborate plan. Plato wanted “wise men” (philosophers) at the helm of the government, but he made it also clear that his kind of state would need a transformation of the humans. In modern times, the promoters of the omnipotent state want to substitute Plato’s philosopher with the expert and create the new man through eugenics, which is now called transhumanism. The United Nations and its various suborganizations play a pivotal role in this project which has reached its present stage in the project of the Agenda 2030 and the Great Reset.

The Struggle for a World Government

The Great Reset did not come from nowhere. The first modern attempts to create a global institution with a governmental function was launched by the government of Woodrow Wilson who acted as US president from 1913 to 1921. Under the inspiration of Colonel Mandell House, the president’s prime advisor and best friend, Wilson wanted to establish a world forum for the period after World War I. Yet the plan of American participation in the League of Nations failed and the drive toward internationalism and establishing a new world order receded during the Roaring Twenties.

A new move toward managing a society like an organization, however, came during the Great Depression. Franklin Delano Roosevelt did not let the crisis go by without driving the agenda forward with his “New Deal.” FDR was especially interested in the special executive privileges that came with the Second World War. Resistance was almost nil when he moved forward to lay the groundwork for a new League of Nations, which was now to be named the United Nations.

Under the leadership of Stalin, Churchill, and Roosevelt, twenty-six nations agreed in January 1942 to the initiative of establishing a United Nations Organization (UNO), which came into existence on October 24, 1945. Since its inception, the United Nations and its branches, such as the World Bank Group and the World Health Organization (WHO), have prepared the countries of the world to comply with the goals that were announced at its foundation.

Yet the unctuous pronouncements of promoting “international peace and security,” “developing friendly relations among nations,” and working for “social progress, better living standards, and human rights” hides the agenda of establishing a world government with executive powers whose task would not be promoting liberty and free markets but greater interventionism and control through cultural and scientific organizations. This became clear with the creation of the United Nations Educational, Scientific and Cultural Organization (UNESCO) in 1945.

After the foundation of UNESCO in 1945, the English evolutionary biologist, eugenicist, and declared globalist Julian Huxley (the brother of Aldous Huxley, author of Brave New World) became its first director.

At the launch of the organization,  Huxley called for a “scientific world humanism, global in extent” (p. 8) and asked to manipulate human evolution to a “desirable” end. Referring to dialectical materialism as “the first radical attempt at an evolutionary philosophy” (p. 11), the director of UNESCO laments that the Marxist approach to changing society was bound to fail because of its lack of an indispensable “biological component.”

With these ideas, Julian Huxley was in respectable company. Since the late nineteenth century, the call for the genetic betterment of the human race through eugenics has been gaining many prominent followers. John Maynard Keynes, for example, held the promotion of eugenics and population control as one the most important social questions and a crucial area of research.

Keynes was not alone. The list of advocates of breeding the human race for its own betterment is quite large and impressive. These “illiberal reformers” include, among many other well-known names, the writers H.G. Wells and G.B. Shaw, US president Theodore Roosevelt, and British prime minister Winston Churchill as well as the economist Irving Fisher and the family-planning pioneers Margaret Sanger and Bill Gates Sr., the father of Bill Gates, Microsoft cofounder and head of the Bill and Melinda Gates Foundation.

In his discourse at the foundation of the UNESCO, Julian Huxley was quite specific about the goals and methods of this institution. To achieve the desired “evolutionary progress” of mankind, the first step must be to stress “the ultimate need for world political unity and familiarize all peoples with the implications of the transfer of full sovereignty from separate nations to a world organization.”

Furthermore, the institution must consider the tradeoff between the “importance of quality as against quantity” (p. 14), which means it must take into account that there is, “an optimum range of size for every human organization as for every type of organism” (p. 15). The educational, scientific, and cultural organization of the UN should give special attention to “unity-in-variety of the world’s art and culture as well as the promotion of one single pool of scientific knowledge” (p 17).

Huxley makes it clear that human diversity is not for all. Variety for “weaklings, fools, and moral deficients…cannot but be bad,” and because a “considerable percentage of the population is not capable of profiting from higher education” and also a “considerable percentage of young men” suffer from “physical weakness or mental instability” and “these grounds are often genetic in origin” (p. 20), these groups must be excluded from the efforts of advancing human progress.

In his discourse, Huxley diagnosed that at the time of his writing the “indirect effect of civilization” is rather “dysgenic instead of eugenic” and that “in any case, it seems likely that the deadweight of genetic stupidity, physical weakness, mental instability, and disease-proneness, which already exist in the human species, will prove too great a burden for real progress to be achieved” (p. 21). After all, it is “essential that eugenics should be brought entirely within the borders of science, for as already indicated, in the not very remote future the problem of improving the average quality of human beings is likely to become urgent; and this can only be accomplished by applying the findings of a truly scientific eugenics” (pp. 37–38).

Use of the Climate Threat

The next decisive step toward the global economic transformation was taken with the first report of the Club of Rome. In 1968, the Club of Rome was initiated at the Rockefeller estate Bellagio in Italy. Its first report was published in 1972 under the title “The Limits to Growth.”

The president emeritus of the Club of Rome, Alexander King, and the secretary of the club, General Bertrand Schneider, inform in their Report of the Council of the Club of Rome that when the members of the club were in search of identifying a new enemy, they listed pollution, global warming, water shortages, and famines as the most opportune items to be blamed on humanity with the implication that humanity itself must be reduced to keep these threats in check.

Since the 1990s, several comprehensive initiatives toward a global system of control have been undertaken by the United Nations with Agenda 2021 and Agenda 2030. The 2030 Agenda was adopted by all United Nations member states in 2015. It launched its blueprint for global change with the call to achieve seventeen sustainable development goals (SDGs). The key concept is “sustainable development” that includes population control as a crucial instrument.

Saving the earth has become the slogan of green policy warriors. Since the 1970s, the horror scenario of global warming has been a useful tool in their hands to gain political influence and finally rule over public discourse. In the meanwhile, these anticapitalist groups have obtained a dominant influence in the media, the educational and judicial systems, and have become major players in the political arena.

In many countries, particularly in Europe, the so-called green parties have become a pivotal factor in the political system. Many of the representatives are quite open in their demands to make society and the economy compatible with high ecological standards that require a profound reset of the present system.

In 1945, Huxley (p. 21) noted that it is too early to propose outright a eugenic depopulation program but advised that it will be important for the organization “to see that the eugenic problem is examined with the greatest care, and that the public mind is informed of the issues at stake so that much that now is unthinkable may at least become thinkable.”

Huxley’s caution is no longer necessary. In the meantime, the branches of the United Nations have gained such a level of power that even originally minor UN suborganizations such as the World Health Organization (WHO) have been enabled to command individual governments around the world to obey their orders. The WHO and the International Monetary Fund (IMF)—whose conditionality for loans has changed from fiscal restraint to the degree to which a country follows the rules set by the WHO—have become the supreme tandem to work toward establishing the new world order.

As Julian Huxley pointed out in his discourse in 1945, it is the task of the United Nations to do away with economic freedom, because “laisser-faire and capitalist economic systems” have “created a great deal of ugliness” (p. 38). The time has come to work toward the emergence “of a single world culture” (p. 61). This must be done with the explicit help of the mass media and the educational systems.

With the foundation of the United Nations and its suborganizations, the drive to advance the programs of eugenics and transhumanism took a big step forward. Together with the activities of the Club of Rome, they have stage to initiate the great reset that is going on currently. With the pronouncement of a pandemic, the goal of comprehensive government control of the economy and society has taken another leap toward transforming the economy and society. Freedom faces a new enemy. The tyranny comes under the disguise of expert rule and benevolent dictatorship. The new rulers do not justify their right to dominance because of divine providence but now claim the right to rule the people in the name of universal health and safety based on presumed scientific evidence.