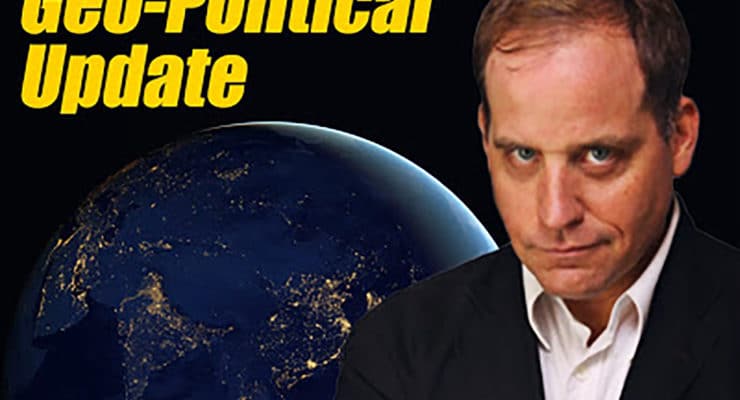 The Western world is facing its greatest crisis, possibly ever, as its ruling elite has surrendered to China.  Either the West removes this elite from power and creates a united front or Westerners will become Chinese slaves working under Khazarian Mafia sub-contractors.  It is this battle involving the Chinese and the West that is the real reason why the U.S. Presidential election result remains in limbo.

Before we dig further into this it’s important to point out that given the current circumstances it’s looking like a mathematical certainty Donald Trump will be the last President of the United States Corporation in its present form, multiple sources agree.  They also indicate he may have a plan up his sleeve to resolve the situation favorably, only time will tell.

To better understand the current situation let’s take a look at the numbers published by the U.S. Treasury Department on December 10th. https://www.fiscal.treasury.gov/files/reports-statements/mts/mts1120.pdf

Overall, counting decades of fiscal and trade deficits as well as un-financed pension obligations, the U.S. has debt well over $200 trillion or well over 20 times GDP if you do not count debt-financed GDP.  So if you earn $10,000 a year, but spend $20,000 a year thanks to your credit card, and have over $200,000 in debt, you would have to spend your entire real income for over 20 years (and starve to death in the meantime) in order to pay your debt.

Neither Donald Trump nor anyone else can fix that using conventional means, which supports the concept of a reset to resolve the financial problems of numerous nations whose debt burden was created under the central bank fiat currency system.

That is why the current owners of the U.S. Corporation (mostly European aristocrats based in Switzerland) offered a Joe Biden, Kamala Harris slave presidency to the Chinese in exchange for a roll-over of their debt.  Even that was not enough, so they offered Australia, New Zealand, Japan, the Korean Peninsula, and ASEAN to the Chinese as well.

If you don’t think the mostly Swiss-based owners of the U.S. Corporation have surrendered to the Chinese, take a look at this news item (and please support the Guardian while you are at it) that reads in part:

“a secret deal between Switzerland and China that allowed Chinese security officials access to the country at Swiss taxpayers’ expense has been revealed.” https://www.theguardian.com/world/2020/dec/09/secret-deal-reveals-chinese-spies-free-rein-switzerland

Basically, it says the Swiss have given Chinese agents a carte blanche to do whatever they want in Switzerland.  This means they can kill any of the Davos elite there who do not do their bidding.  Remember, these are the elite who control 90% of the transnational corporations.

Now you can understand why the current owners of the bankrupt United States Corporation have sold the American people down the river.  They have offered Chinese troops the right to…

to occupy Canada and Mexico to help break the U.S. into a small rump with Canadian and Mexican vassal states each getting a huge chunk of the former United States.

The Chinese are now furious because the American people and the U.S. and Canadian militaries are rejecting this deal.  That is why, for example, the Canadian military told Justin Castro to go take a hike (and maybe never come back like his brother) when he ordered them to let the Chinese military in and train them in winter warfare tactics. https://globalnews.ca/news/7517899/china-canada-military-training/

In response, I would like to invoke the spirit of Chief Pontiac.https://en.wikipedia.org/wiki/Pontiac_(Ottawa_leader)

My grandfather was the Member of Parliament representing Pontiac County, Canada, so by doing so I am also invoking the spirit of my ancestors.  The Canadians split from the USA because we favored friendship and integration with the First Nations, not subjugation and extermination.  That is why there are now more First Nations’ people in Canada than when the first Europeans arrived, whereas in the U.S. there is less than a quarter.

We are calling for the creation of a New United States of America ranging from Argentina to Alaska.  By declaring such an independent state, we can declare the debts of the bankrupt U.S. Corporation null and void and tell the Chinese where to shove it.  Such a country would also have access to the resources of Canada and Brazil and so could use them to finance the rebuilding of the hollowed-out North American industrial base.

A Biden presidency involves the break-up of the current United States into three or more rump, Chinese slave states.  China Joe is a proven Deep State criminal.  As far as we can tell, including testimony from friends who tried to go to actual Biden campaign events, the “President-elect Biden,” is a CG composite reading speeches created by corporate PR departments.

We will not delve too deeply into this because neither the American people nor the U.S. military will accept a Biden presidency.  The fact that Hunter Biden faces a subpoena over multiple crimes should alert you to the reality there can be no Biden presidency.  https://apnews.com/article/joe-biden-politics-business-ukraine-subpoenas-b5245760245d5dee3e011f0df5e1868e

We support much of what Donald Trump has done and fully endorse the idea of “Making America Great Again.”  The problem is with the current U.S. Corporate structure, its debt will be called in and U.S. troops around the world will run out of money while Americans suffer a catastrophic fall in income.

The situation is already so bad that over 50-million Americans do not have adequate access to food.  Also, based on last week’s Q4 Revenue Poll of 9,201 small business owners, 48% could shut down permanently before the year’s end.  https://www.alignable.com/forum/alignable-48-of-small-businesses-risk-closing-for-good-new-poll

So even with Trump’s remarkable achievements in his first 3 years in office, the WHO-Fauci-led Covid shutdown in 2020, most detrimental in Democrat ruled states, has created the situation where 50-million Americans are on the brink of starvation and close to 50% of U.S. small businesses are about to go bankrupt.

“Vaccines are shipped and on their way, FIVE YEARS AHEAD OF SCHEDULE.  Get well USA.  Get well WORLD.  We love you all!”

This comes after the White House ordered the head of the FDA to authorize the Pfizer vaccine by Friday or resign.  https://www.msn.com/en-us/news/politics/white-house-orders-fda-chief-to-authorize-pfizer-biontech-vaccine-friday-or-submit-his-resignation/ar-BB1bR9AC

Is this is the same vaccine that Pfizer’s own chief scientist and others say turns women infertile by causing their immune systems to attack their own placentas?

Now we don’t want to go deep space nine with our readers, but we need to consider the possibility that we are dealing with several different, converging timelines.

In my reality, the “Covid-19 pandemic” is a giant fraud designed to scare the public into taking DNA altering vaccines containing RFID nano-chips designed to subjugate people into permanent slavery.

Here for example is a member of the Austrian Parliament demonstrating to his colleagues how a can of Coca Cola is “testing positive” for Covid-19.  https://prepareforchange.net/2020/12/13/coca-cola-tests-covid-19-positive-in-austrian-parliament/

Meanwhile, the corporate media world is screaming about a deadly pandemic with vaccines as the only hope for salvation.  Clearly this is a massive propaganda lie and the reality is Covid numbers are being fabricated by various means to create the impression of a real pandemic.

We asked Duff twice point-blank if this was true and he refused to answer.  Instead, he said:

“I have two daughters working in ICUs; everything you get is deep state propaganda; all anti-vaccine material comes from Russian intelligence; that is confirmed; we are experiencing a massive die-off here; hospitals overflowing.”

So here is something any reader of this newsletter can do: go to a hospital and see for yourself if it is “overflowing” with Covid patients.  If you see them please post your findings with photos in the reader’s blog.  I have visited multiple hospitals and talked to many doctors who say it is all fake.

Other examples of possible disinformation or timeline shifts are reports that all members of the British Royal family have been executed.  Since this is an age of hyper-realistic CG we are using hand-written letters and asking for analog photographs to confirm the royals are still with us.  Again, either we are dealing with big lies, or with an alternative timeline in which they have been executed.  Confirmation will take time but we will let our readers know when we get it.

In any case, the important thing these days, when Western leadership has clearly lost the plot, is to concentrate on tangible things closest to you, your family, your house, your pets, your food supply, your safety, etc.  If they are OK, don’t worry about the hysteria you are seeing on your digital screens.  This could just be the death throes of a rogue AI digital community, which has a customized YouTwitFace bot assigned to your individual profile data.

If we can confirm that Covid-19 is only real in the minds of the MSM brainwashed, then we have a clear path to victory in this battle for the Planet Earth.  If they are really trying to vaccinate us with an ID tattoo containing “Luciferase” and an RFID chip for connection to a digital money system, then there really is a representative anti-Christ among us, whether AI in nature or not.

We must accept that this anti-Christ has manifested as an imminent threat to humanity and can be identified by arresting the people pushing vaccines based on a fabricated pandemic.

The trail may well lead to Jared Kushner.  Remember, he was the owner of 666 Fifth Avenue, where “Lucent (Lucifer) Technologies,” was developing microchips that could be implanted into humans.  From there the trail will almost certainly lead to Switzerland.  For that reason, the Swiss must be given a choice to hand its leadership group over or suffer the consequences.

Remember, under their dysfunctional leadership, 2020 “Is Ending With 93% of Global Economies Contracting…  And With Markets At All-Time Highs.” https://www.zerohedge.com/markets/2020-ending-93-global-economies-contracting-and-markets-all-time-highs

This means the parasitical ruling class is getting richer and richer while everybody else is getting poorer.

As far as the Chinese are concerned, their real Dragon family leadership (as opposed to the communist front with the fake CGping) say they are willing to write off all debt and have a fresh start if the genocidal Khazarian leadership is removed.