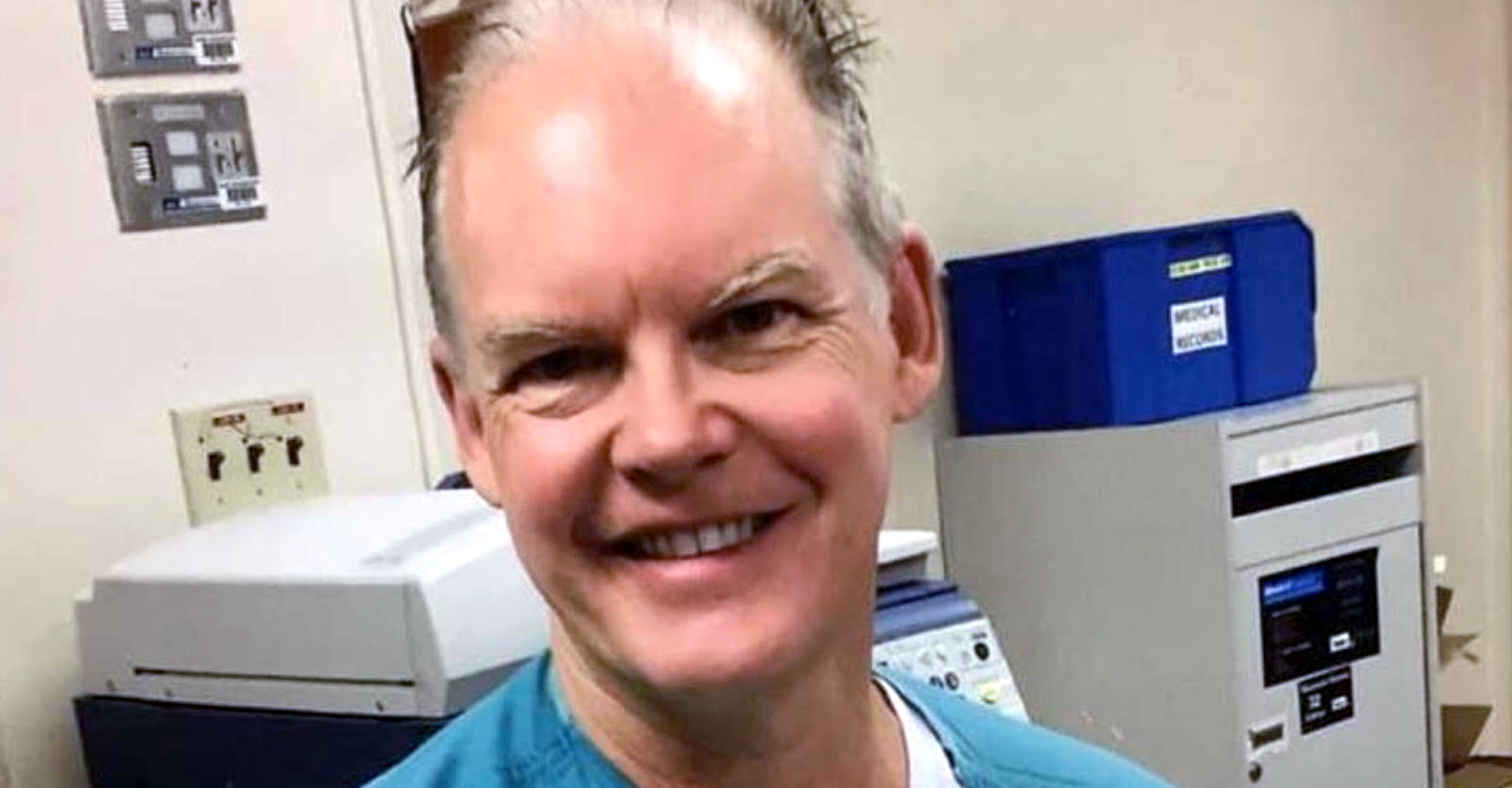 Miami medical examiner is investigating the death of 56-year-old Dr. Gregory Michael who reportedly died from a rare autoimmune disease 15 days after being vaccinated. Michael’s wife wants her husband’s death to serve as a warning to others.

The wife of a Florida doctor who died 15 days after receiving Pfizer’s COVID-19 vaccine told reporters at USA Todayand the Daily Mail that her husband was “perfectly healthy” before he got the vaccine.

Heidi Neckelmann said her husband, 56-year-old Dr. Gregory Michael, “sought emergency care three days after the shot because he had dots on his skin that indicated internal bleeding.”

Michael received the vaccine on Dec. 18 at Mount Sinai Medical Center in Miami Beach, where he’d worked for 12 years as an OB-GYN. He died on Jan. 3 after suffering a hemorrhagic stroke related to a lack of platelets, a condition called thrombocytopenia, or as the Daily Mail reported, acute idiopathic thrombocytopenic purpura (ITP).

“He was in very good health. He didn’t smoke, he drank alcohol once in a while but only socially. He worked out, we had kayaks, he was a deep sea fisherman.

“They tested him for everything you can imagine afterwards, even cancer, and there was absolutely nothing else wrong with him.”

Pfizer, in a statement to USA today, said the vaccine maker was aware of and “actively investigating” the death, but also added “we don’t believe at this time that there is any direct connection to the vaccine.”

“There is no indication — either from large clinical trials or among people who have received the vaccine since the government authorized its use last month – that it could be connected to thrombocytopenia.”

But Neckelmann told the Daily Mail that in her mind, her husband’s death was “100% linked” to the vaccine.

The vaccine most often implicated is the measles-mumps-rubella (MMR) vaccine, where the disease occurs in approximately 1 in every 25,000 to 40,000 doses of the vaccine, Redwood said. ITP has also been associated with hepatitis A and B virus (HBV), human papilloma virus (HPV), varicella-zoster, diphteria-tetanus-acellular pertussis (DTap), polio and pneumococcus vaccines.

According to Redwood, a study comparing adverse effects following influenza vaccination found that ITP was the third most common autoimmune condition (after Guillain Barre and rheumatoid arthritis).

Redwood also pointed out that ITP has been reported to occur following exposure to drugs containing polyethylene glycol (PEG), a compound used in both the Pfizer and Moderna vaccines.

“Considering that according to the United States Court of Federal Claims, cases of ITP have been compensated in the National Vaccine Injury Compensation Program (NVICP), it is completely disingenuous for vaccine manufacturers to deny this risk,” Redwood said.

As Neckelmann told the Daily Mail, Michael suffered no immediate reaction to the vaccine, but three days later he noticed petechiae — spots of red indicative of bleeding beneath the skin — on his hands and feet.

After checking himself into the hospital, doctors confirmed Michael was suffering from an acute lack of platelets. According to Neckelmann :

“All the blood results came back normal except for the platelets which came back as zero.

“At first they thought it must be a mistake. So they did the test again and this time did a manual count which is supposed to be more accurate. This time it showed just one platelet.”

Doctors told Michael his condition was “incredibly dangerous” and could lead to a brain bleed and/or death, Neckelmann said.

Neckelmann told USA Today that a team of doctors tried unsuccessfully for two weeks to raise his platelet count. She told the Daily Mail that her husband had no prior history of acute idiopathic thrombocytopenic purpura, the illness her husband was diagnosed with. The disorder causes the immune system to mistake platelets for foreign objects and instructs the spleen to destroy them.

“I believe that people should be aware that side effects can happen, that it is not good for everyone and in this case destroyed a beautiful life, a perfect family, and has affected so many people in the community

“Do not let his death be in vain please save more lives by making this information news.”According to the Daily Mail, children can get acute ITP after a viral infection such as the flu or mumps, while in adults, triggers can include HIV, hepatitis or H. pylori, a type of bacteria that causes stomach ulcers.

“We need to stop regarding these tragedies as acceptable collateral damage. We need to step back from this giddy exuberance and make a cold hard risk assessment about these experimental medical interventions. And we need to recognize that these zero-liability vaccines are risky and that where there is risk, there has to be choice.”

The Pfizer — and also the Moderna — COVID vaccines use messenger RNA technology never before used in vaccines. Both vaccines are approved for emergency use in the U.S., UK and other countries, but neither is yet fully licensed.

So far there is no confirmation of any deaths directly related to either vaccine, though a 41-year-old woman in Portugal died two days after getting the Pfizer vaccine, and a 75-year-old Israeli man reportedly died of a heart attack two hours after receiving the vaccine.

In a news conference Wednesday, Dr. Nancy Messonnier, director of the Centers for Disease Control and Prevention’s National Center for Immunization and Respiratory Diseases, told the media:

To date, the only explanation offered for the allergic reactions to the Pfizer and Moderna vaccines is that they were caused by PEG.

In September, Children’s Health Defense warned the FDA and Dr. Anthony Fauci about the potential for PEG to cause anaphylactic shock, but as previously reported, neither took action.

Immediately after the Pfizer and Moderna vaccines were rolled out in the U.S. and UK, reports of severe allergic reactionsbegan to surface in the media. In some cases, the reactions were severe enough to require vaccine recipients be hospitalized.