Prepare For Change
Home ARCONTES 7 Dead And ALL Residents Infected In Spanish Nursing Home After The... 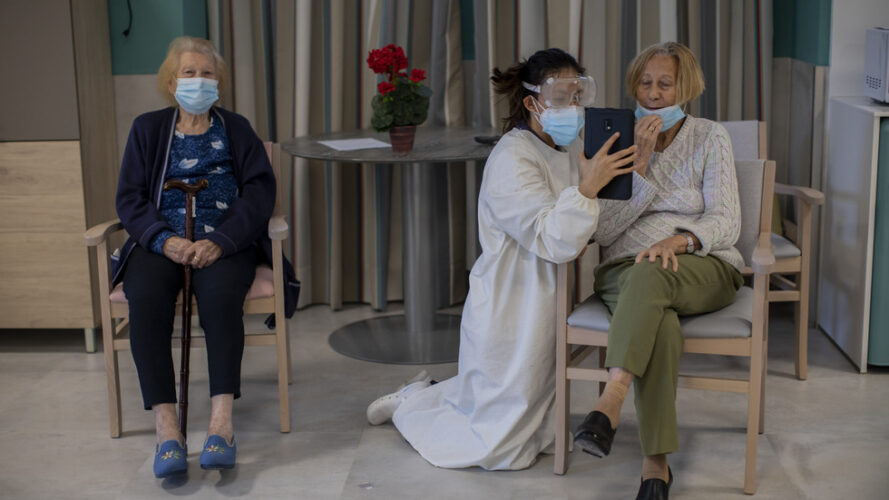 In what is becoming a very familiar story all across the world, 7 residents in a nursing home in central Spain have died just after being injected with the experimental Pfizer mRNA COVID shots.

RT.com is reporting that all 78 residents and 12 staff are now testing positive for COVID-19 after receiving the injections, while prior to the injections the nursing home had reportedly been “virus-free” during the previous “waves” of COVID-19.

How long will the world’s elderly population continue being killed in mass by an experimental medical product that is now not only linked to serious injuries and deaths, but also to outbreaks of COVID-19 which world Governments and Health Agencies continue to state is impossible with the mRNA infections?

Dissenting doctors and scientists have been warning for months that these experimental shots are dangerous, and that people should not volunteer to receive them because previous studies on mRNA vaccines conducted on animals have been fatal, and this is the first large-scale mass “vaccination” trial ever conducted on humans, and it is only possible due to “emergency use authorization” to fight the COVID “pandemic.”

7 Die At Spanish Care Home After Getting Pfizer Covid-19 Jab As ALL Residents Test Positive For Virus, Second Doses Still To Come

All 78 residents at a nursing home in central Spain have tested positive for Covid-19 after being given their first dose of the Pfizer-BioNTech vaccine, and at least seven people have died, staff confirmed on Monday.

Most of those who succumbed to the virus had existing conditions, according to Spanish news agency EFE, while four residents are currently hospitalized, and 12 staff have also been infected.

The huge outbreak is at the Lagartera Residence for the Elderly in the Toledo area, southwest of the capital Madrid.

The home’s 33 staff must now present a negative PCR test before they start work, and a spokesperson said that health measures to contain the spread of the virus are in place “at all times.”

“On January 13, all residents, including nursing home staff, were vaccinated with the first dose of the Pfizer vaccine, and after six days the first symptoms began to appear in ten of the residents,” they said in a statement.

Some members of staff began to go off sick with the virus five days after being inoculated.

On January 21, management approved the decision to test all residents of the home and quarantine them to their rooms, with families informed of the move.

The testing results, on January 25, showed that all the residents had caught the virus apart from one, who then also tested positive at a later date.

In December, Spain’s Supreme Court ordered an investigation into deaths at nursing homes, which were a disturbing feature of the early pandemic, making up 69 percent of all Covid-19 fatalities between April 6 and June 20.

The Lagartera Residence for the Elderly insisted the current outbreak was its first of the pandemic, having remained virus-free during the first two waves of infections.

The next doses of the vaccine are to be administered at the home on February 3, and the next round of PCR tests will be carried out on February 5.