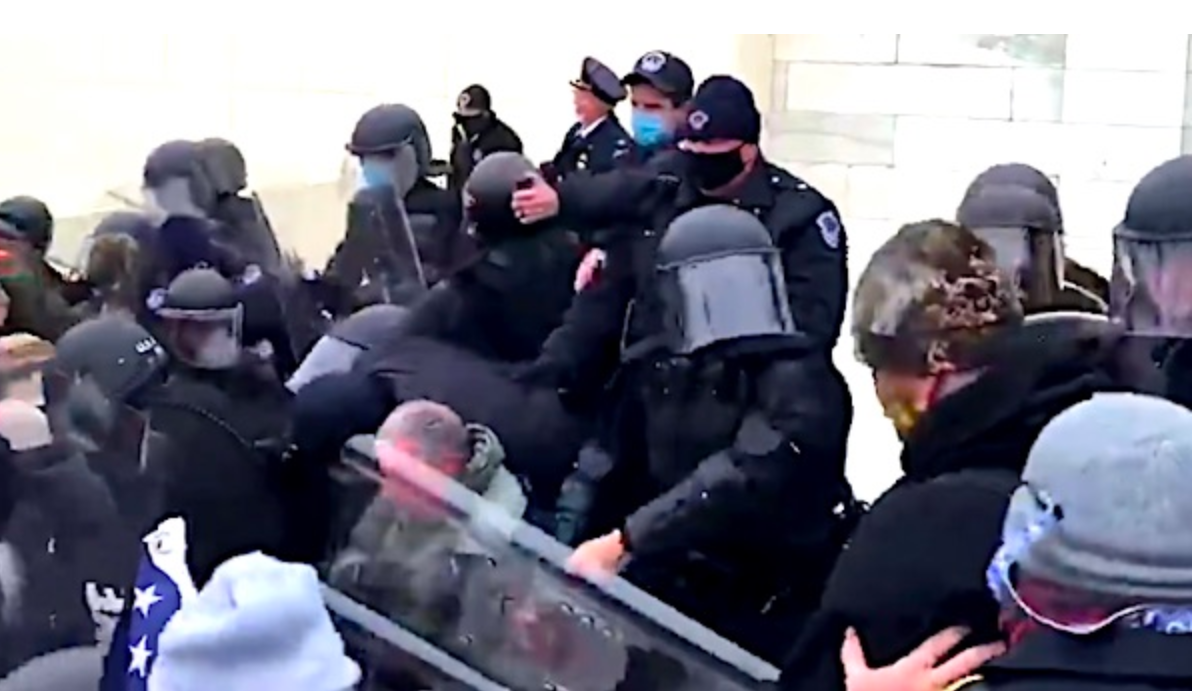 Videos of police officers allowing or even encouraging people to enter the Capitol grounds during the Jan. 6 incident have been perplexing to many, and now 35 Capitol Police officers are under investigation for their actions on that day.

Six have been suspended without pay, and anyone whose actions are found to be unacceptable on Jan. 6 will be disciplined, department spokesman John Stolnis said in a statement Thursday.

Lawmakers and other Capitol Police officers have asked why the force was unprepared. The acting Capitol Police chief, Yogananda D. Pittman, said in a closed door hearing last month that she was aware two days before the event that there was “strong potential for violence.”

‘It’s your house now’
In one of many viral videos, officers are seen standing along a doorway almost motionless as people file into the Capitol, reported the Fox affiliate in Washington, D.C.

Two accused rioters testified to the FBI that a Capitol Police officer told them, “It’s your house now.”

One officer suspended took a selfie with someone, according to lawmakers.

Another video shows officers removing a barrier to allow protesters to enter the grounds.

Johnson, who has since been suspended, is seen giving his megaphone to a protester before saying, “I’ll follow you.”

Last month, the Wall Street Journal reported Johnson claimed he put on the cap to gain the protesters’ trust. His ultimate aim, he said, was to make his way through the crowd and into the building to save his fellow officers.

Retraction
More than 250 people have been charged by the Justice Department for storming the Capitol. Trump was impeached by the Democratic-controlled House on a charge of inciting an insurrection but was acquitted by the Senate.

The official death toll in the incident was five, including veteran Capitol Police Officer Brian Sicknick.

However, three died of “medical emergencies,” and one was a protester, Ashli Babbit, who was shot by police as she attempted to enter the Speaker’s Lobby inside the Capitol.

And now investigators who sought to build a federal murder case in Sicknick’s death have determined that initial reports alleging he was struck with a fire extinguisher by Trump supporter aren’t true, CNN reported.

Veteran investigative journalist Glenn Greenwald wants to know why the media spent “an entire month definitively affirming what appears to be a completely false story about the only person said to have been killed by the Capitol mob: Officer Brian Sicknick.”