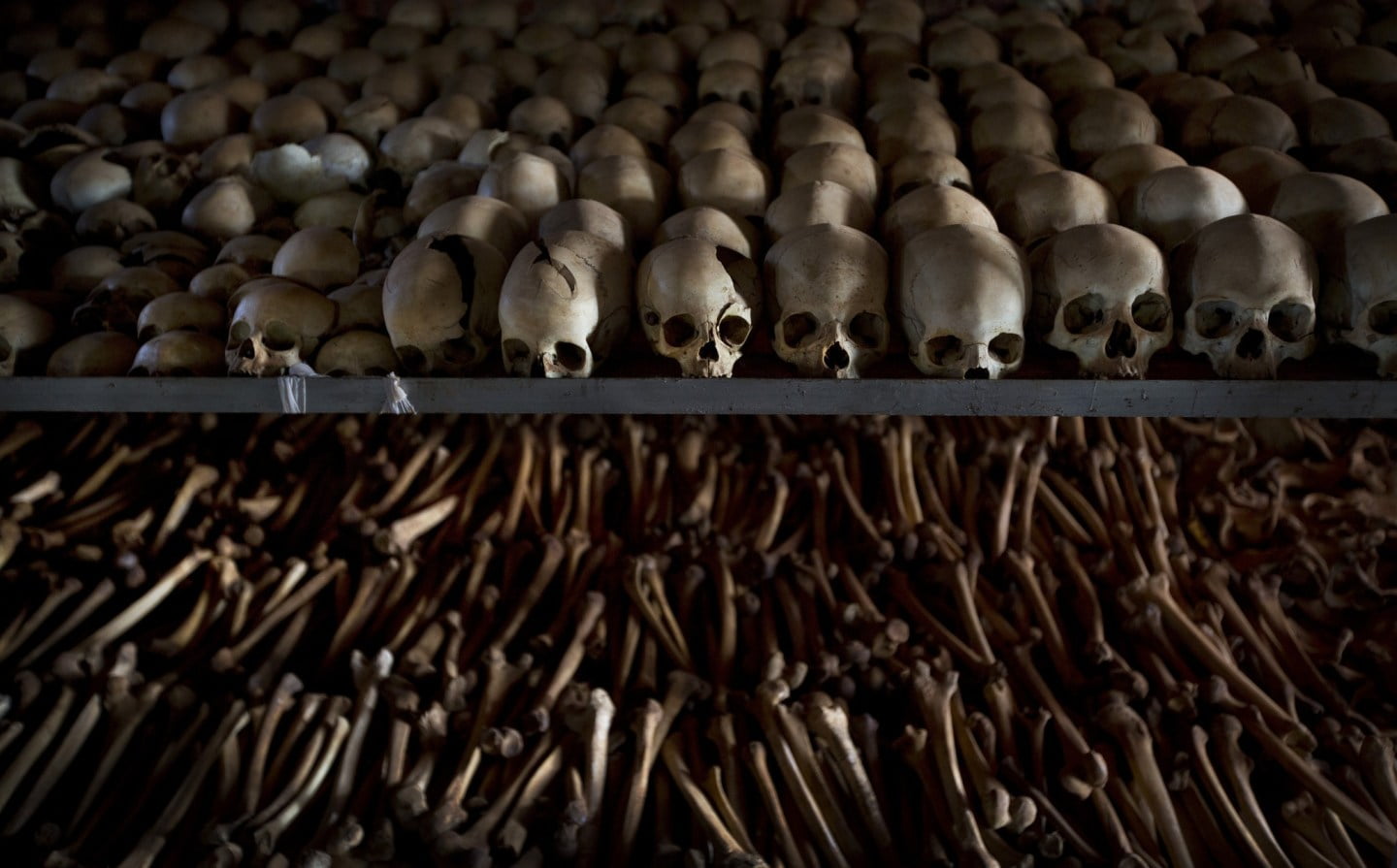 For those who still doubt that the fraudulent, genocidal, Communist-style tyranny of COVID-1984 was planned long ago by the self-appointed Riders of the Pale Horse, as the unnatural denouement of their reprehensible facilitation of Big Pharma Bolshevik Coups in almost every nation worldwide becomes all the more pervasively obvious, prepare to have any remaining illusions shattered.

The following statements, which were made in 1981 by powerful international banker and unapologetic eugenicist, Jacques Attali, are taken from Interviews with Michel Salomon – The Faces of the Future, Seghers edition, which was published in France by Emi Lit when Attali was a senior adviser to French President, Francoise Mitterand:

“In the future it will be a question of finding a way to reduce the population. We will start with the old, because as soon as it exceeds 60-65 years man lives longer than he produces and costs society dearly, then the weak and then the useless who do nothing for society because there will be more and more of them, and especially the stupid ones.

Euthanasia targeting these groups; euthanasia will have to be an essential instrument of our future societies, in all cases. We cannot of course execute people or set up camps. We will get rid of them by making them believe it is for their own good.

Too large a population, and for the most part unnecessary, is something economically too expensive. Socially, it is also much better for the human machine to come to an abrupt halt rather than gradually deteriorating. We won’t be able to run intelligence tests on millions and millions of people, you can imagine!

We will find something or cause it, a pandemic that targets certain people, a real economic crisis or not, a virus that will affect the old or the fat, it doesn’t matter, the weak will succumb to it, the fearful and the stupid will believe it and ask to be treated.

We will have taken care to have planned the treatment, a treatment that will be the solution.

The selection of idiots will thus be done on its own: they will go to the slaughterhouse on their own.”

Twenty five years later in 2006, Attali’s best-selling book, A Brief History of the Future – A Brave and Controversial Look at the 21st Century, was published in France.

It was then released by Arcade Publishing in the US, with a review by the Rothschild Cartel’s long-serving globalist henchman, Henry Kissinger, on the front cover, stating that the international banker’s book was “brilliant and provocative”.

As if the glowing endorsement of a man who has been charged with genocide on three continents isn’t enough to set off the alarm bells that toll for crimes against humanity, here is what Attali wrote in a chapter of the book called The Weapons of Hyperconflict:

“In all ages, the outcome of wars has been decided by possession of new arms and by the price attached by each belligerent to the lives of its own soldiers. In their time, the archers at the battle of Crécy, the tanks of the First World War, and the atomic weapons of the Second World War decided the fate of battles.

In all ages, new weapons have appeared, at once the products and the midwives of civilian technologies: the propeller was born with the lever, rearms with mechanization, tanks with the automobile. Inversely, it was in the armed forces that the telegraph, the radio, energy, the nuclear weapon, and the Internet were born alongside many other technological innovations.

In fact, these future weapons will essentially be founded on the concept of surveillance. Armies will at once develop digital infrastructures of nomadic ubiquity, surveillance systems for suspect movements, the means of protecting strategic installations, and a network of economic intelligence. Robots (concealed in enemy territory) and drones (flying robots) will relay data, detect chemical or biological agents, and serve as scouts ahead of infantry detachments faced with mined areas or blind spots. Software simulating battle will be permanently updated as close as possible to the battlefields.

Furthermore, new combat units will be integrated with the means of simulation, surveillance, and striking. New networks and instruments of nomadic ubiquity will allow combatants to stay connected and simulate every kind of situation. Intelligent clothing will serve to manufacture new uniforms; new materials will make it possible to design new shields. Three-dimensional simulation technologies will help prepare and carry out combat missions, while robots will work as substitutes for real fighters.

Electronic systems (e-bombs) will be able to destroy communications grids and leave an opposing force blind and deaf.

Marines will play a new part in the fight against trackers, in emigration surveillance, and in the protection of strategic straits. Fighter aircraft will no longer be as useful as today, and will lose their influence over staff thinking and military budgets.

[…] By 2040 or 2050, a total of more than fifteen countries will openly possess nuclear weapons and the means to deliver them.

Shortage of oil will also impel the most diverse countries toward the production of civil nuclear power stations. This will lead them to use recycled wastes, known as MOX, for fuel — further multiplying the risks of proliferation and also of “disappearance” of wastes (during the transfer of these radioactive materials). Such wastes could then be used to manufacture radiological weapons mingling nuclear wastes and conventional explosives.

Other weapons — chemical, biological, bacteriological, electronic, and nanotechnological — will then appear. As with the new civil technologies they will prefigure, scientists will strive to increase their power, their miniaturization, and their accuracy. Chemical arms will be capable of seeking out and killing leaders without being detected; pandemics could be ready for unleashing at will; complex genetic arms may one day be directed specifically against certain ethnic groups.

Nanorobots as small as a mote of dust, known as gray jelly, could carry out stealth surveillance missions and attack the cells of enemy bodies. Then, once animal cloning techniques have progressed, cloned animals could well carry out missions — living animal bombs, monsters out of nightmare.

These weapons will not be developed solely in the military laboratories of powerful countries but also by big businesses, “circus businesses,” which will find new markets for them. As always, armaments will remain at the heart of the industrial apparatus, and until super-empire is here, public markets will be essentially oriented toward the armaments sector. Big insurance firms and mercenary companies will then pick up the torch.

Most of these weapons will be accessible to small nations, to nonstates, to corsairs, to pirates, mercenaries, maquisards, mafias, terrorists, and every kind of tracker. In the not distant future, for example, it will be possible to make an e-bomb for $400 from a condenser, a reel of copper wire, and an explosive. Chemical, radiological, and biological weapons will thus be affordable to everyone. Killing more and more people with rudimentary means will become a sad possibility. In cities and on mass transport, crowding will multiply the effectiveness of the most primitive weapons.

Finally (and perhaps especially), since no war can be won unless the peoples waging it believe it just and necessary, and unless the loyalty of citizens and their belief in its values are maintained, the chief weapons of the future will be the instruments of propaganda, communication, and intimidation.”

Given that Attali’s mind-blowingly amoral rhetoric echoes that of every other outspoken eugenicist over the past 150 years, the forgoing passages cannot be set aside as either conjecture or conspiracy theory.

However, on the basis that he predicted in 1981 that there would be genocidal culling of the over 60’s, the weak and the stupid, the catalyst for which would be finding or manufacturing a viral pandemic, the following statement is all the more conspicuous: “pandemics could be ready for unleashing at will”.

As is the final sentence quoted, which confirms that the chief weapons of the long-planned war against the People are “the instruments of propaganda, communication and intimidation.” The parallels between Attali’s predictions of such genocides being unleashed in the 21st century and the events of COVID-1984 are chillingly striking.

Nevertheless, without the majority of the public believing blatant government lies about a ‘virus’ which has never been isolated or purified, the censorship of opposing views and the erection of a police state would have proven impossible.

It naturally follows that when the majority rejects the fraudulent narrative, opposing views, censored or not, will become the norm and the police state can then be systematically deconstructed with totalitarian non-compliance to every tyrannical rogue government diktat and the criminal prosecution of all those charged with crimes against humanity.

He was not the only early warning to humanity… 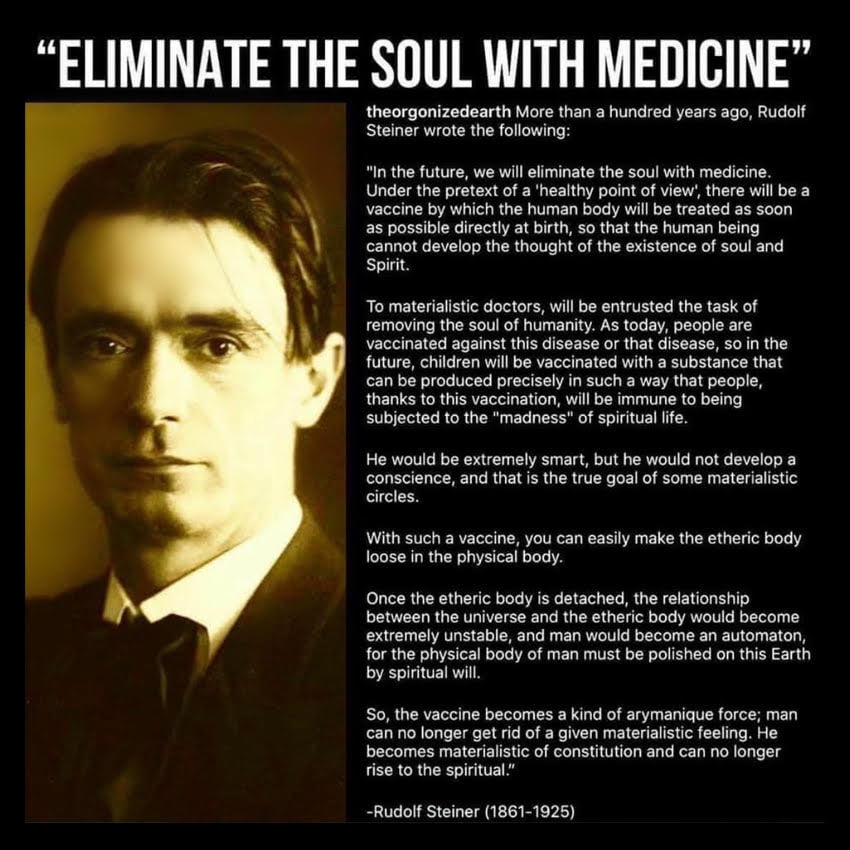 5 Signs You Are Not Being True to Yourself and Never...

A MILLION IN MOTION | The Month the Tide Turned |...

Outsourcing The Production Of Virtually Everything Has Brought Us To The...

The Galactic Federation is GOING PUBLIC ??