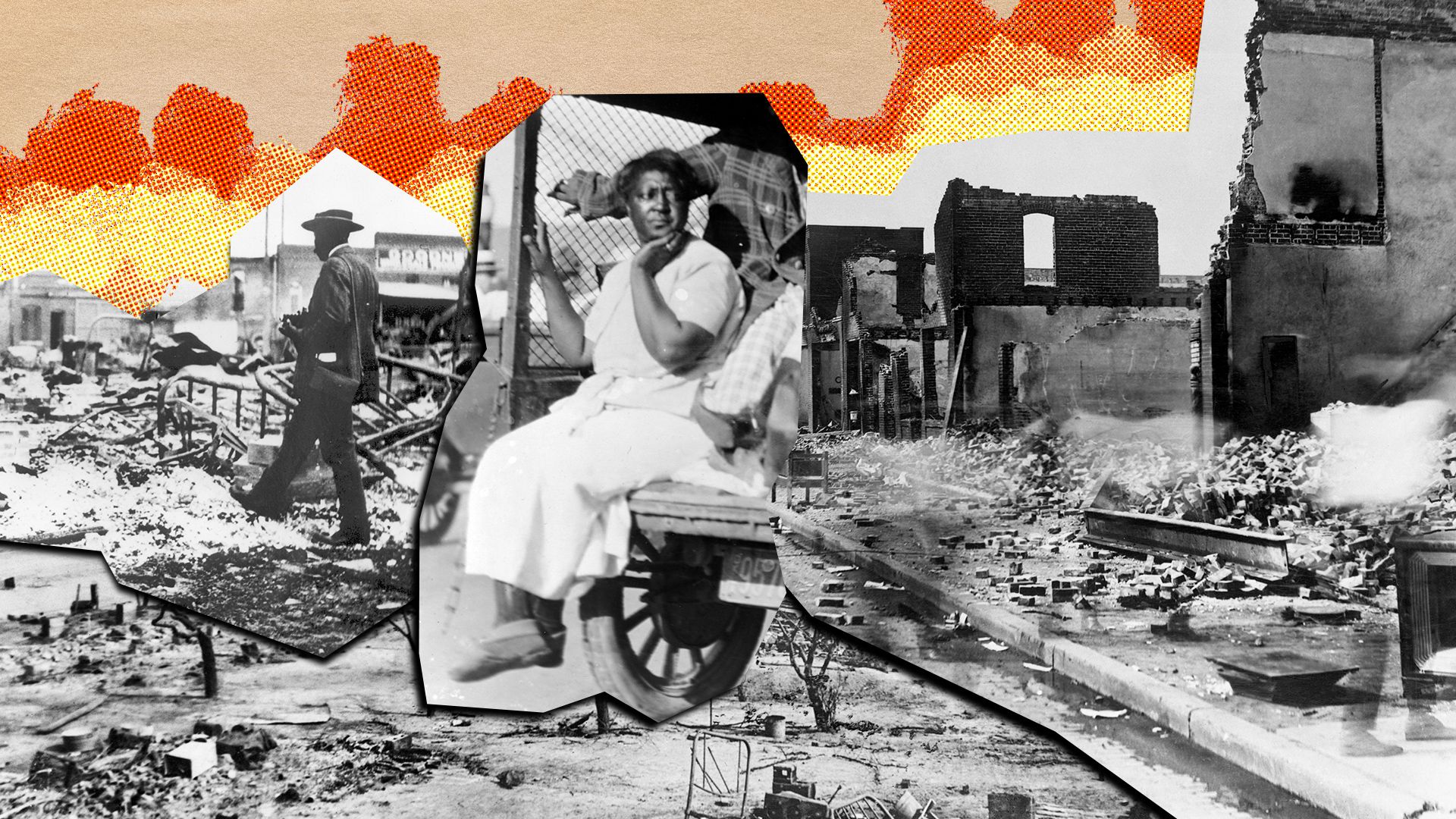 Activists, scholars, and families of survivors are working to unearth the horrors of a 1921 race riot that destroyed a thriving, middle-class Black community and killed 300 in Tulsa, Okla.

Why it matters: Following the death of George Floyd, communities of color are demanding the U.S. finally confront episodes of racial violence that have been forgotten, dismissed, or denied to address systemic racism. The Tulsa Race Massacre was one of the nation’s worst. And survivors want reparations.

The details: On May 31, 1921, a white mob descended on Greenwood, a successful black economic hub in Tulsa, following unsubstantiated rumors that a Black teen assaulted a white woman.

No one was charged in the mass killing of Black people. The city later prevented many Black residents from rebuilding by refusing to sell them construction materials. Many moved into makeshift tents.

The intrigue: Phoebe R. Stubblefield, a University of Florida forensic anthropologist, is among the scholars excavating Tulsa’s ground for evidence to document the massacre.

Between the lines: Activists, writers, and families are saving oral histories to keep the public from forgetting the massacre. It’s rarely taught in Oklahoma public schools.

PBS is set to release a new documentary, Tulsa: The Fire and the Forgotten, tackling present-day public efforts to memorialize the massacre and racial terror.

What they’re saying: “The saddest thing to me is when Black people come from other places in the country and they come to Black Wall Street and point to the direction of Greenwood and they say, ‘Is this it?'” Nehemiah Frank, a massacre descendant and editor of The Black Wall Street Times.

Frank and other descendants are pressing for reparations from the city and state for a massacre that left generations in poverty.

Where it stands: Tulsa Mayor G.T. Bynum said reparations would “divide” the city, and instead supports developing property where Black Wall Street once stood.

Don’t forget: The Tulsa Race Massacre has generated more interest after it was depicted in two HBO series, Watchmen and Lovecraft Country.