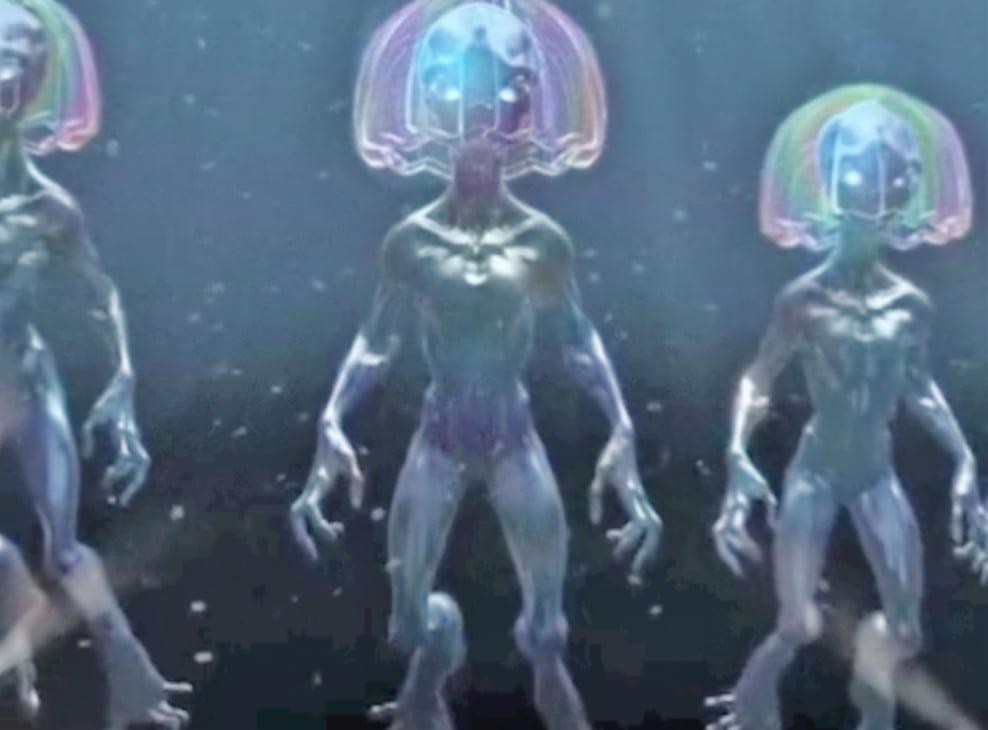 Located in southeastern Siberia, towards Mongolia’s border, sits the planet’s oldest and deepest lake. Nearly one-quarter of Earth’s fresh water is contained here. Astonishing depths of over five thousand feet have been measured in certain areas.

A myriad of unique plant and animal species inhabit the frigid territory, many of which exist nowhere else in the world. Scientists estimate this massive basin formed as an ancient rift valley more than twenty-five million years ago.

For centuries, Lake Baikal has been home to a plethora of unexplained phenomena. Locals claim countless peculiar UFO encounters frequently occur within this remote region of Russia. Some theorize an extraterrestrial base is lurking beneath the picturesque exterior.

One of the most bizarre reports occurred in 1982 during a routine Soviet military training dive. While navigating the foreboding aquatic realm, Navy personnel noticed anomalous figures swimming nearby.

Perplexed, they watched in bewilderment as several curious creatures approached them. Despite being stationed at a depth of over one hundred and sixty-four feet, these humanoids wore no modern equipment.

Each donned tight-fitting metallic suits complete with a helmet-like apparatus completely covering their heads. Upon closer inspection, troopers noticed the aliens were nearly ten feet tall. However, the colossal loch-dwellers soon disappeared back into the murky abyss.

Following this eerie run-in, the intrigued commander ordered his recruits to capture a subaqueous alien. Seven Scuba divers entered the glacial lake and began their harrowing descent. Soon after navigating an elevator of declining temperatures, multiple entities emerged. One frogman attempted to catch the unearthly specimen in a large net.

At that moment, all hell broke loose for the unsuspecting flotilla group. Suddenly the non-humans fought back by shooting intense sonar waves. A powerful force rendered every crew member unconscious and rapidly propelled them to the surface.

Catapulting upwards from extreme depths can have devastating effects on our bodies, resulting in a condition often called “the bends”. Three of the squadron were seriously injured but did not succumb to this affliction. The remaining fellows needed immediate transfer to a decompression chamber.

Unfortunately, there was only one recompression chamber in the region and it was designed for merely two people at a time. Out of sheer desperation, four men entered simultaneously in an attempt to save their lives. Tragically, this last-ditch effort did not go as planned. Three individuals perished as a result of their superior’s hasty decision. Those who survived the terrifying ordeal would be left with life-altering disabilities.

In these documents, the Baikal aquanauts are described in great detail. Unsurprisingly, Navy commanders had been extensively monitoring numerous underwater vehicles navigating the lake. Such technological capabilities greatly intrigued them; if engineers could replicate the vessels’ inconceivable speeds, unprecedented militaristic advantages would be gained.

Throughout the eras, Baikal has been no stranger to mysterious UFO activities. During the late 1950s a TU-104 jet crashed into the lake after it was pursued by an unknown metallic vehicle. The frantic pilot radioed a distraught message to air traffic controllers informing them of this alleged attack.

According to informants, all staff on duty at the time were forced to sign non-disclosure agreements. Numerous community fisherman attested to viewing the frightening areal attack. Anglers described how a silver flying saucer chased a plane until it plummeted into the water and disappeared from their sight. Despite considerable testimonies, no conclusive evidence or official records of this event have ever surfaced. 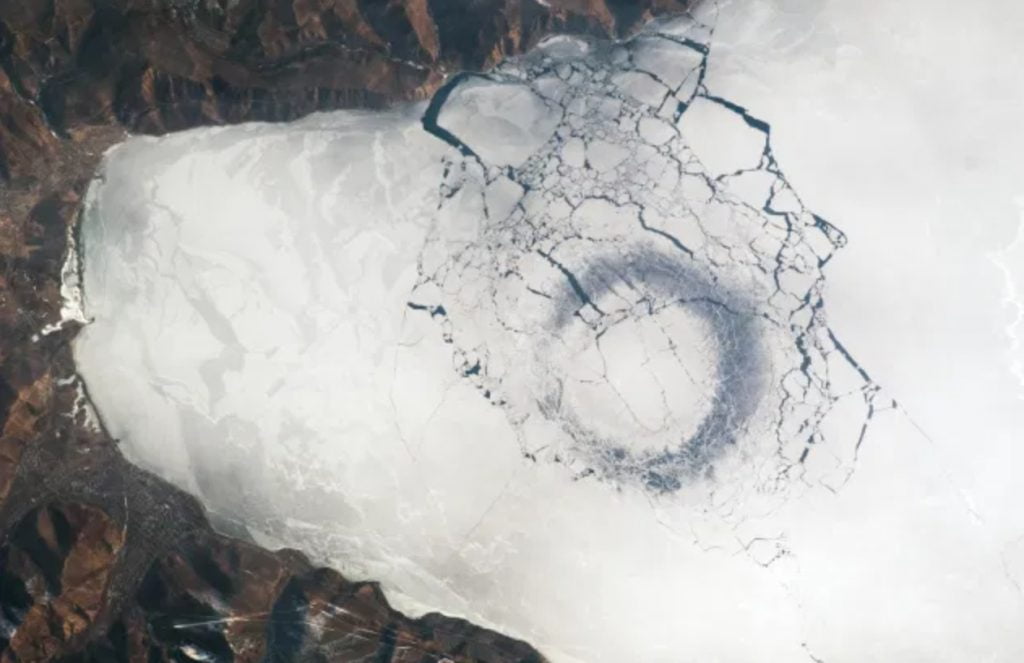 In April of 2009 the enigmatic Siberian sector made global headlines yet again. Astronauts aboard an international space station photographed two circular convection breaks, thought to be produced by enormous aquatic crafts. One was located near the lake’s center while the other was positioned towards Baikal’s southern end. Both appeared to be created by something ascending beneath the thick ice-laden outer layer.

The pair of disk-shaped cracks were perfectly symmetrical and astonishingly measure three miles in diameter. These immense fractures were so precise making them impossible to manufacture or replicate. Certain researchers believe the NASA-produced images are evidence of spaceships emerging from the dark waters below.

Just a few years ago, Prime Minister Dmitry Medvedev made a shocking announcement at the World Economic Forum. In his public statement he lamented how “the time has come” for the world to know the truth about extraterrestrials visitors.

In fact, Mr. Medvedev believes aliens are already living among us and have been doing so for quite a while. Even more brazen, the political leader warned if United States officials refuse come forward with this monumental information, Russian representatives will do so themselves.

Given recent ufology-related announcements and unveiled files, it is entirely plausible that the Kremlin is gearing up for full disclosure. Perhaps sooner than we may think the astounding truth of interplanetary beings will finally be acknowledged by those who have known all along.