Prepare For Change
Home Awakening World Economic Forum: By 2030 ‘You Will Own Nothing’ (New World Order... 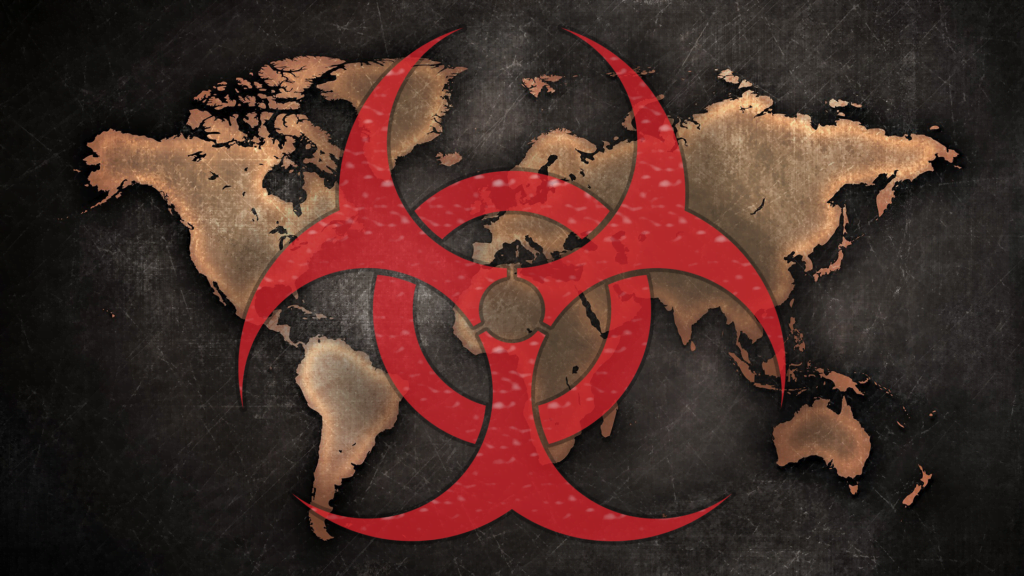 (WEF) public relations released a video entitled: “8 Predictions for the World in 2030.”

Short as it may be, it offers a telling glimpse into what the technocratic elite has in store for the rest of us.

According to the WEF, this is how the world will be transformed as part of Agenda 2030,

under the infamous New World Order: 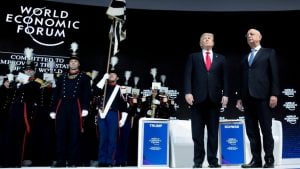 Instead, you’ll rent everything you need, and it’ll be delivered by drone right to your door.

Rent everything from whom? The “elite” bloodlines, of course.

These “elite” bloodlines already speak of the USA in past tense. A socialist takeover of America is set to occur: no guns, no US constitution, no freedom of press, no privately owned property, no privately owned small businesses; tracked and traced at all times, vaccinated with a sterility drug, social credit score to rate your obedience. A society worse than China.

These so-called elites appreciate the Chinese model, where people are all serfs to a totalitarian government that owns them, and can turn off their bank accounts, and take away their privileges (not rights!), such as travel.

They want to carve the USA between China and the UN, terminating its status as a superpower.

Rather than transplanting organs from deceased donors, custom organs will be 3D printed on demand. Yes, but only if your social credit score is high enough. Also, this is only a very small part of a very big agenda: transhumanism.

Very few people are aware of the synthetic agenda, which is the stepping stone of transhumanism. Please make time for this article as well: The Synthetic Agenda: The Distorted Heart Of The New World Order.

Meat will be “an occasional treat, not a staple, for the good of the environment and our health”.

In other words, meat will become so rare and expensive that only the very rich will afford it. Which explains why Bill Gates is so deeply involved in producing fake meat. Of course, they couldn’t care less about our health, otherwise their meat alternatives wouldn’t be made of GMOs that are filled with deadly chemicals and glyphosate residue.

For this agenda to work, they will have to find alternative protein sources, since most people will be living in megacities where they will not be able to grow their own food, so that’s why these globalist sickos are promoting eating bugs and even felleat bugow humans in the mainstream media.

A really dystopian future if we allow it to happen!

By “welcoming more refugees”, they actually mean we should do nothing and simply accept a foreign invasion, from adult males who are very poor, ill, uneducated to the point of being illiterate, of a different religion (Muslim) and who do not want to integrate, but form separate states with separate laws, which are oppressive and vastly inferior to those of the West.

Examples of a 13th century mentality, which is highly oppressive towards women (happening today, all over Europe): 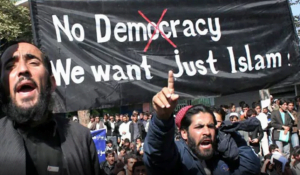 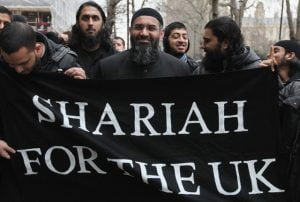 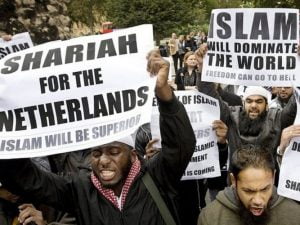 By now you should be up to speed that a “replacement agenda” is underway in Europe.

Let this be a dire warning to America: The native white race of Europe is being replaced by illegal migrants from the African continent, and only a tiny fraction of them come from war-ridden countries. Whites will become a minority in their own countries in the next decades.

The traitorous governments of Europe pay human traffickers to smuggle these fighting-age adult males to Europe, they shelter them from the reach of the law when their commit unspeakable crimes, they give them free housing, and even pay them to live comfortably while the natives have to work until their 70 in some cases, and pay increasingly higher taxes to support their own invasion.

This explains why whites, and especially white males, are so openly despised by the mainstream media and Hollywood celebrities in recent years: the white race is set to be replaced, exterminated.

As birth rates in the West continue to plunge, white people are going to become minorities in their own countries, and eventually become extinct.

As white Europeans will slowly become extinct, the Christian religion and Europe’s ancient cultures will also become extinct. That’s why the globalists needed to place satanist traitors in all key positions of power, including the Vatican.

Now it should become clear why George Soros has invested $500 million in the forced migration.

The desired result: Only the members of the ancient “elite” bloodlines will be white, and everyone else on Earth will be mixed. In their eyes, this will further validate their elite status.

To eliminate fossil fuels, there will be a global price on carbon. Vandana Shiva, Ph.D., discussed this in a recent interview with Dr. Joseph Mercola.

Rather than promoting organic and regenerative farming, the technocratic elite are pushing something called zero-budget natural farming. Bill Gates is part of this scheme (he seems to be part of everything that is evil).

As explained by Shiva, the wholly unnatural setup works something like this: The state takes out large loans, which are then divvied out to farmers to grow food for free.

The farmers make their money not by selling their crops, but by trading their soil carbon rate on the global market.

Basically, carbon is being turned into a tradeable commodity, replacing the actual farm output of grains and other crops.

Farmers with higher carbon in their soil will make more money than those with carbon-poor soil. Meanwhile, they’ll make nothing from the crops they grow.

This also means that you will eventually have to pay for emitting CO2 (while breathing), which means that only the rich will afford to have children. 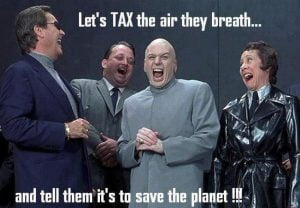 Scientists “will have worked out how to keep you healthy in space,” thus opening up the possibility of becoming a space-faring race and colonizing other planets.

Guess who will own the colonies and the mining operations (and all other businesses) on Mars?

The colonization of Mars is an expansion of the empire and the wealth of the “elite” bloodlines and their acolytes.

As explained previously, this means that the Western culture and our shared values will slowly become extinct.

You can watch the infamous video from the World Economic Forum below:

We Do Have A Say In All This!

Some questions that we should ask ourselves before accepting that unelected people that we haven’t even heard of until very recently are shaping up mankind’s future and decide who lives and who dies:

Why isn,t USA worried that the WEF is only discussing its demise and reshaping  the world?

Who can hold tehm accountable for their actions?