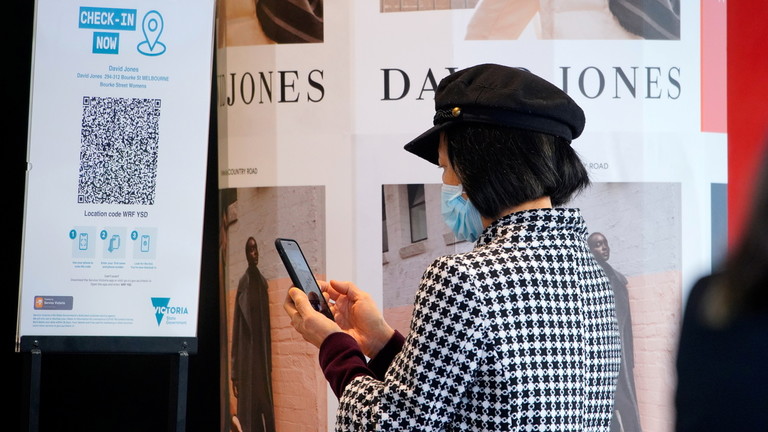 Victoria is currently under draconian lockdown restrictions, with residents of Melbourne – who make up the vast majority of the state’s population – living under a 9pm to 5am curfew, forbidden from leaving their homes except to work, buy groceries, or get a Covid-19 vaccination. When the lockdown is lifted, Premier Dan Andrews said on Sunday, future restrictions will apply only to those who are unvaccinated.

“There is going to be a vaccinated economy, and you get to participate in that if you are vaccinated,” Andrews stated. “We’re going to move to a situation where, to protect the health system, we are going to lock out people who are not vaccinated and can be.”

Andrews did not say what kind of services and venues unvaccinated people would be locked out of, but he said that once Victoria reopens, “it’s not going to be safe for people who are not vaccinated to be roaming around the place spreading the virus.”

Despite Andrews’ plan to beat Covid-19 by segregating the vaccinated and unvaccinated, current research holds that vaccinated people can still catch the virus and spread it to others, and case counts are rising while hospitalizations and deaths are still prevalent in even the most widely vaccinated countries worldwide. Though vaccines can reduce the risk of serious symptoms and death, their efficacy at that falls with time too.

Andrews’ proposed “vaccinated economy” triggered outrage online, with critics describing the plan as “psychopathic,” Andrews as a “dictator,” and urging Aussies “do not comply” with the rules.

Andrews also revealed that a ‘vaccine passport’ scheme will be piloted in regional Victoria in the coming weeks, with proof of vaccination required to enter pubs and restaurants. Publicans are reportedly on board with the idea, with one telling ABC Australia that “whilst we certainly don’t like the idea of turning anyone away, we need to do whatever it takes to ensure the survival of our business.”

The Australian government agreed earlier this summer to study the rollout of the passport scheme in Victoria, with a view to implementing it nationwide.

Andrews is not the only Australian premier to subject his people to gruelling lockdowns. In neighbouring New South Wales, Premier Gladys Berejiklian imposed a similarly rigorous lockdown last month, which is slated to run until at least the end of September and is currently being enforced by hundreds of police officers and soldiers on the streets of Sydney. Police have also been given powers to lock down entire apartment blocks and demand that residents show up for “compliance checks.”