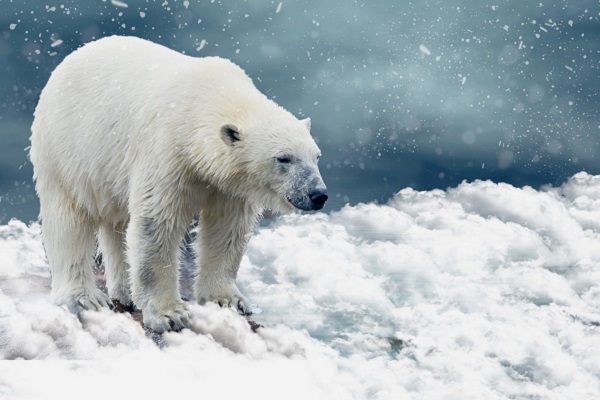 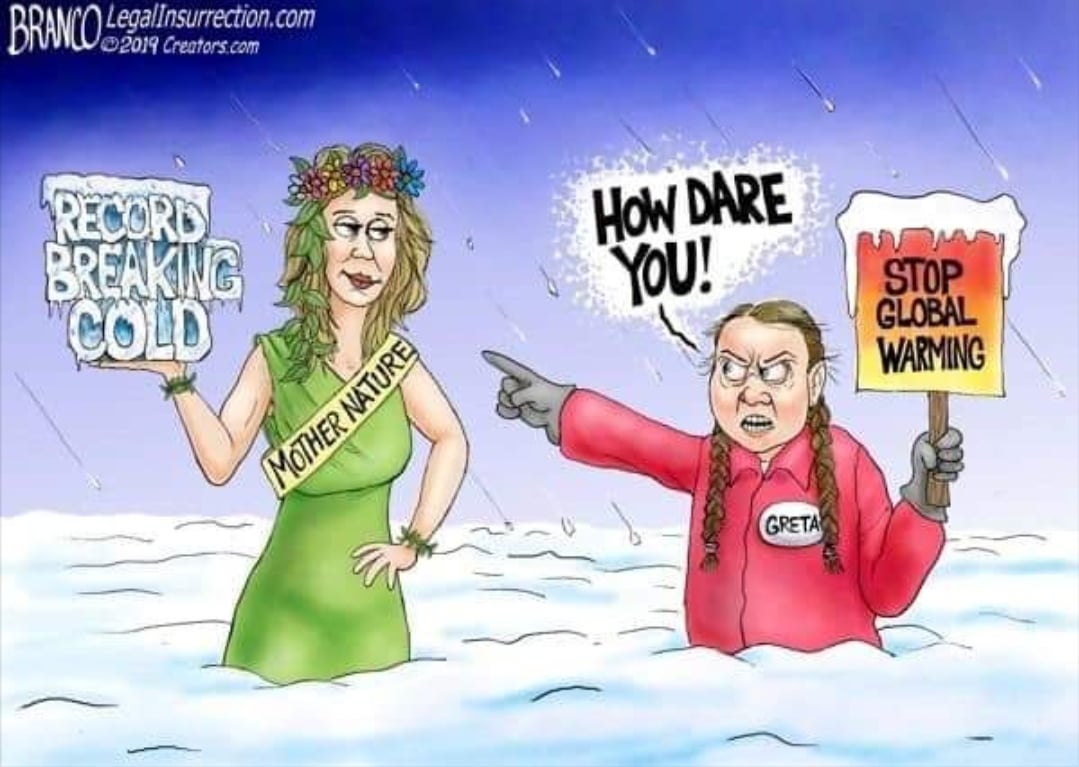 That’s the conclusion of climate scientists in a new report.

Now that the climate appears to be cooling, at least in many heavily populated regions, environmentalists are desperate to salvage their theory of global warming since that theory is the only way that government will be able to take control of the energy industry, which constitutes 8% of the U.S. economy.

If greens really believed that carbon emissions were a threat to the planet, they would focus on Asia, not on the U.S., where we have already cut carbon emissions to 1990 levels.  But little is said about China, India, Indonesia, and other carbon emitters — and nothing in the Paris climate agreement addresses the vastly greater emissions of those countries.  The U.S. share of global emissions is only 14%, the same as it was in 1866!  Meanwhile, China’s share of global CO2 emissions is 27.32% (2017 number).  Yet the Paris agreement includes no enforceable plan to reduce Chinese emissions.

The real prize for the environmental movement is the U.S. energy industry, one of the last bastions of true capitalism in America.  For radical environmentalists, the problem with companies like ExxonMobil isn’t emissions — it’s that it supplies the free market for oil and gas, or did, until the election of board members from Engine No. 1 this year, a recently created group that appears determined to shift American oil and gas companies from fossil toward alternative fuels.

Even the United Nations’ IPCC admits that reducing carbon emissions in the U.S. will have an extremely limited impact on climate, yet the focus of environmentalists and liberal media is on a small set of companies within the United States.  That focus on Big Oil will not change global temperatures, but it may help environmental groups raise money.  It changes nothing except to raise the cost and reduce the availability of reliable fossil fuel — and to kill tens of thousands of good jobs for American workers and endanger those who are still working.

Environmental policies, especially under special presidential envoy for climate John Kerry and energy secretary Jennifer Granholm, politicians with no experience in producing energy, are moving in the wrong direction.  More than half of Americans heat their homes with natural gas, but Kerry and Granholm are doing all they can to curb U.S. natural gas production.  Only 4% of cars sold in 2020 were electric, but Kerry and Granholm have allowed gas prices to rise by 50%, pressuring the 96% of Americans who purchased gas-powered cars last year and the nearly 100% who owned them before then.  In other words, their policies are not market-based — they are driven by ideology.  Just as climate scientists can say the climate is warming when it’s cooling, Biden officials think that Americans want wind and solar when they don’t.  What Americans really want is cheap and reliable fuel, and that doesn’t come from windmills.

Kerry and his billionaire wife Teresa Heinz, by the way, own multiple homes, multiple cars, and a $5-million Gulfstream private jet.  So far as I can determine, those vehicles include or have included at least one large black SUV and two large Chryslers.  In a 2015 disclosure, the Kerry-Heinz family trust was invested in 94 fossil fuel companies and 56 other companies tied to fossil fuels — and only one electric vehicle company.  So much for Kerry’s 2016 statement at the Paris Agreement on Climate Change that “we will live up to our responsibility … to save our planet from ourselves.”

Kerry’s boss is even less consistent and more hypocritical.  Biden’s thinking, if one can call it that, is that there is a long-term forecast for colder temperatures, and the way to address this new Ice Age is to eliminate the cheap and reliable energy we’ve used in the past and replace it with wind and solar, which don’t seem to work in extreme conditions.  Moreover, we should spend trillions of dollars attempting to make the climate cooler at the very moment in history when the world’s leading climate scientists say much of the U.S. is going to get colder — much colder.  And, at the same time, phone Saudi Arabia and beg them to produce more oil and gas.

That prediction of colder temperatures, by the way, is backed up by the Old Farmer’s Almanac, which has a way of being right more often than not.  The Almanac states that the coming winter will be perfectly horrible, at least in the eastern half of the country, with frigid temperatures and plenty of ice and snow.  Even Florida will be cold — just the sort of weather environmentalists seem to love.  Maybe John Kerry will be able to ski his way through the winter at expensive mountain resorts, but for most of us, it’s just miserable.

What’s the advice from those scientists who are predicting much colder temperatures?  According to the report’s lead author, Dr. Judah Cohen, it’s to shelter in place when the electrical system shuts down, as may well happen.  As Cohen put it, “In Texas … some people froze to death in their homes and perhaps they could have gone to seek shelter.”

Yes, probably best to seek shelter rather than freezing to death, but where and how does one “seek shelter” when the roads are iced over, trees are down, gas stations can’t pump, and there may be no power even in the designated shelters?  Just like in Afghanistan, liberals talk in nebulous terms about “having a plan,” but when the plan doesn’t work, lives are lost.  Then liberals want to “move on” and not talk about it.

“Don’t worry if we’re entering a new Ice Age — just grab a pillow and head for the nearest shelter.  Spend your winter on a cot with hundreds of other COVID-infected refugees from the cold.  That’s better than sitting in a warm, comfortable home heated by natural gas because oil and gas are evil.”

Obama’s health czar once said the best plan for the elderly is to provide them with painkillers and just let them die.  That same callous cruelty is apparent in much the Biden administration has been doing, from Afghanistan to the southern border to climate change.  When politics is driven by ideology, there’s not much room for human beings.  When the windmills freeze up this winter, you can thank Joe Biden and his climate advisers.  And think about how warm you’d be with natural gas.

Jeffrey Folks is the author of many books and articles on American culture including Heartland of the Imagination (2011).

Climate scientists seem to be the ones full of hot air!