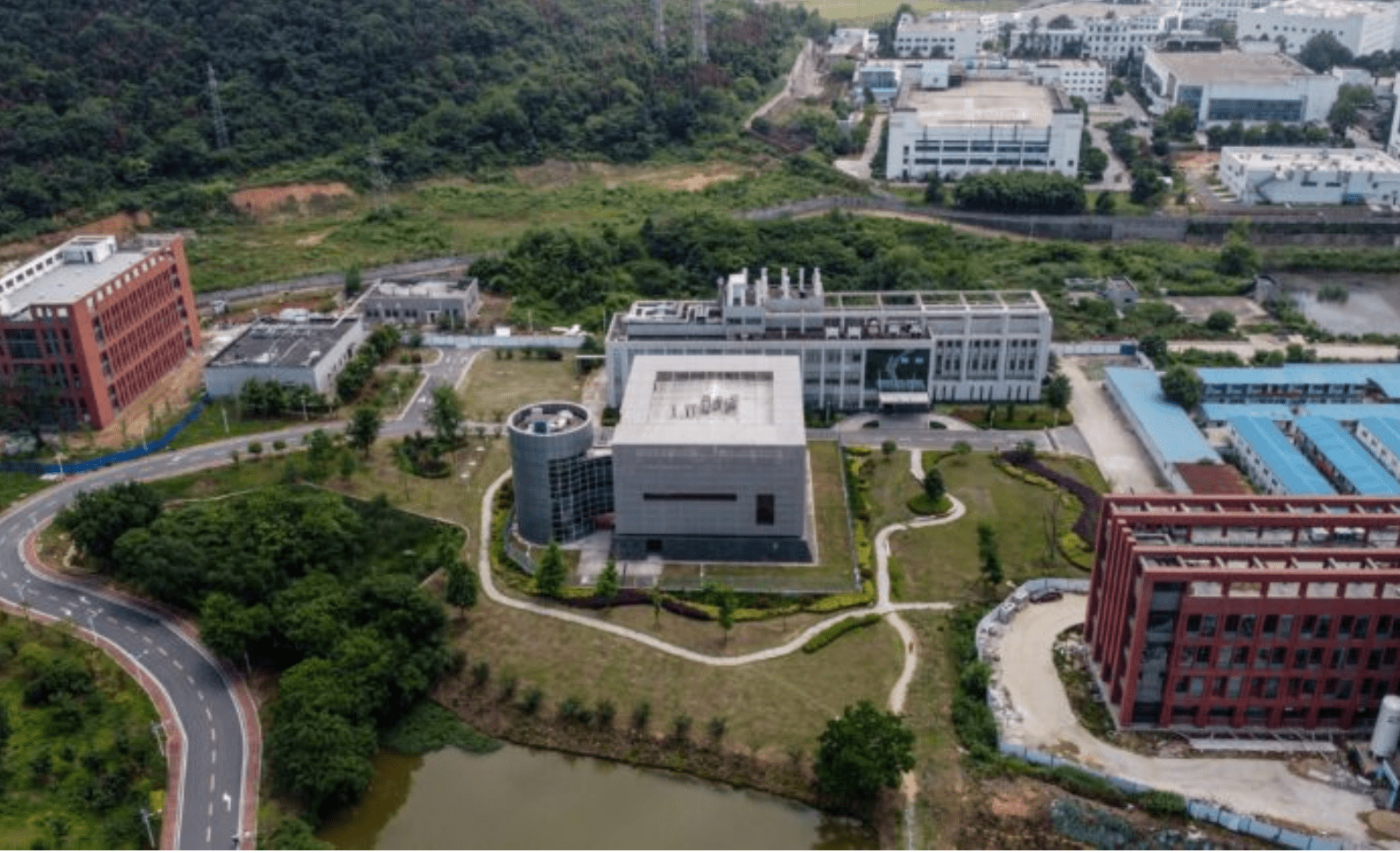 The U.S. National Institutes of Health (NIH) funded research in China that created a more potent form of a bat coronavirus, according to newly disclosed documents.

An experiment conducted at the Wuhan Institute of Virology, situated near where the first cases of COVID-19 were reported, compared mice infected with the original bat coronavirus to mice infected with a modified strain created by researchers, according to the documents.

The mice infected with the modified version “became sicker than those infected” with the original version, Lawrence Tabak, the principal deputy director at the NIH, told lawmakers in letters (pdf) on Oct. 20.

The “limited experiment” was aimed at seeing if “spike proteins from naturally occurring bat coronaviruses circulating in China were capable of binding to the human ACE2 receptor in a mouse model,” Tabak wrote, adding that the “unexpected result” was not “something that the researchers set out to do.”

Whether intended or not, the research fits the definition of gain-of-function, some experts say.

“The genetic manipulation of both MERS and the SARS conducted in Wuhan clearly constituted gain-of-function experiments,” Jonathan Latham, executive director of The Bioscience Research Project, told The Epoch Times in an email. “Further, it is absurd of NIH to describe the enhanced viral pathogenicity that was observed in the experiments they funded as ‘unexpected,’ when clearly these experiments were expressly designed to detect increased pathogenicity.”

Richard Ebright, a molecular biologist with Rutgers University, wrote on Twitter that the NIH “corrects untruthful assertions by NIH Director Collins and NIAID Director Fauci that NIH had not funded gain-of-function research in Wuhan.”

The newly released documents primarily consist of the fifth and final progress report (pdf) for the series of grants. The report was submitted on Aug. 3, more than two years after the research concluded.

EcoHealth’s final report also contained a description of experimenting on clones of MERS-CoV, a virus that caused an outbreak in the Middle East in 2012 and has a mortality rate of approximately 35 percent, according to the World Health Organization.

The scientists said they used a “similar reverse genetics strategy” that they utilized in studies of the bat coronaviruses and, after constructing a “full-length infectious clone of MERS-CoV,” they replaced the receptor-binding domain of the virus with domains from various strains of coronaviruses identified in bats from southern China.

Jack Nunberg, a virologist and director of the Montana Biotechnology Center at the University of Montana, told The Epoch Times in an email that both viruses use the same receptor protein.

“By keeping to the same receptor protein, I’d label the experiment overly risky (due to the pathogenic backbone and their previous findings of increased virulence in some chimeras) but not blatantly” gain-of-function, he said.

Both Dr. Francis Collins, the outgoing director of the NIH, and Dr. Anthony Fauci, who heads the agency’s National Institute of Allergy and Infectious Diseases (NIAID), have denied the agency has funded gain-of-function research in China.

“Neither NIH nor NIAID have ever approved any grant that would have supported ‘gain-of-function’ research on coronaviruses that would have increased their transmissibility or lethality for humans,” Collins said in a May statement.

The term generally refers to any research that increases the pathogenicity or transmissibility of a biological agent like a virus.

The research in question was funded through millions of dollars of grants from the NIH to EcoHealth Alliance, which then funneled money to the lab in Wuhan.

The NIH has repeatedly declined to make public the documents concerning the research, only disclosing many after being sued or pressured by members of Congress.

“Thanks to the hard work of the Oversight Committee Republicans, we now know that American taxpayer dollars funded gain-of-function research at the Wuhan lab,” Rep. James Comer (R-Ky.), ranking Republican on the House Oversight and Reform Committee, told The Epoch Times in an email.

The documents were sent to Comer and Rep. Cathy McMorris Rodgers (R-Wash.), the top GOP member on the House Energy and Commerce Committee.

The NIH says a review of EcoHealth’s research plan before it allocated the funding determined it didn’t fit the definition of research involving “enhanced pathogens of pandemic potential” because the bat coronaviruses “had not been shown to infect humans.” However, “out of an abundance of caution,” language in the terms and conditions of the grant award stated that a secondary review would be triggered by multiple scenarios, including EcoHealth reporting a one log, or 10-time increase, in growth.

“This means EcoHealth should have reported if any of the viruses being tested turned out to grow 10 times faster or more than the control virus would without their new spike proteins,” an NIH spokesperson told The Epoch Times in an email.

EcoHealth failed to abide by conditions of the grant, Tabak said, and was notified that it had five days from Oct. 20 to submit to NIH all unpublished data from the experiments and work conducted under the award.

Presented with the accusation by some that the new documents show Fauci and Collins lied to Congress, the NIH spokesperson said that the allegation is incorrect.

The challenge appears to revolve around different definitions of gain-of-function research. The NIH has defined it as research that is “reasonably anticipated to confer attributes to … viruses such that the resulting virus has enhanced pathogenicity and/or transmissibility (via the respiratory route) in mammals.” Its parent office, the Department of Health and Human Services (HHS), defines “enhanced potential pandemic pathogens” in a framework (pdf) as a highly transmissible and highly virulent pathogen that is enhanced through research.

“While the findings of this limited experiment in mice were somewhat unexpected, NIAID reviewed the progress report and has determined that the research described in the progress report would not have triggered a review under the HHS P3CO Framework, because the bat coronaviruses used in this research have not been shown to infect humans and the experiments were not reasonably expected to increase transmissibility or virulence in humans,” the spokesperson said.

The grant is suspended while the NIH conducts a review that includes working with EcoHealth to get more information about its noncompliance.

EcoHealth hasn’t responded to requests for comment, including questions sent last month after another set of documents, detailing other work the nonprofit funded with U.S. taxpayer money, were made public.

The fresh disclosures add to the concern about government transparency, Gary Ruskin, executive director of U.S. Right to Know, told The Epoch Times in an email.

“It has been obvious for decades that our federal government is not transparent enough, that there is not nearly enough congressional oversight, and that the Freedom of Information Act badly needs strengthening. We citizens need better transparency tools to uncover all sorts of corruption, mismanagement, waste, fraud, abuse of power, and impending disasters,” he said, adding that NIH, in particular, has an “abysmal” track record of being transparent.

“Even if the research EcoHealth conducted under the National Institutes of Health grant does not precisely fit the definition of gain-of-function, which is for scientists and not policy analysts to decide, government transparency certainly required the NIH to reveal this information at the very beginning of the COVID-19 pandemic. At this point, it is obvious that the NIH and other government health agencies require reform and far more intensive oversight by Congress, and in some cases outright abolition,” said S.T. Karnick, publications director at The Heartland Institute.