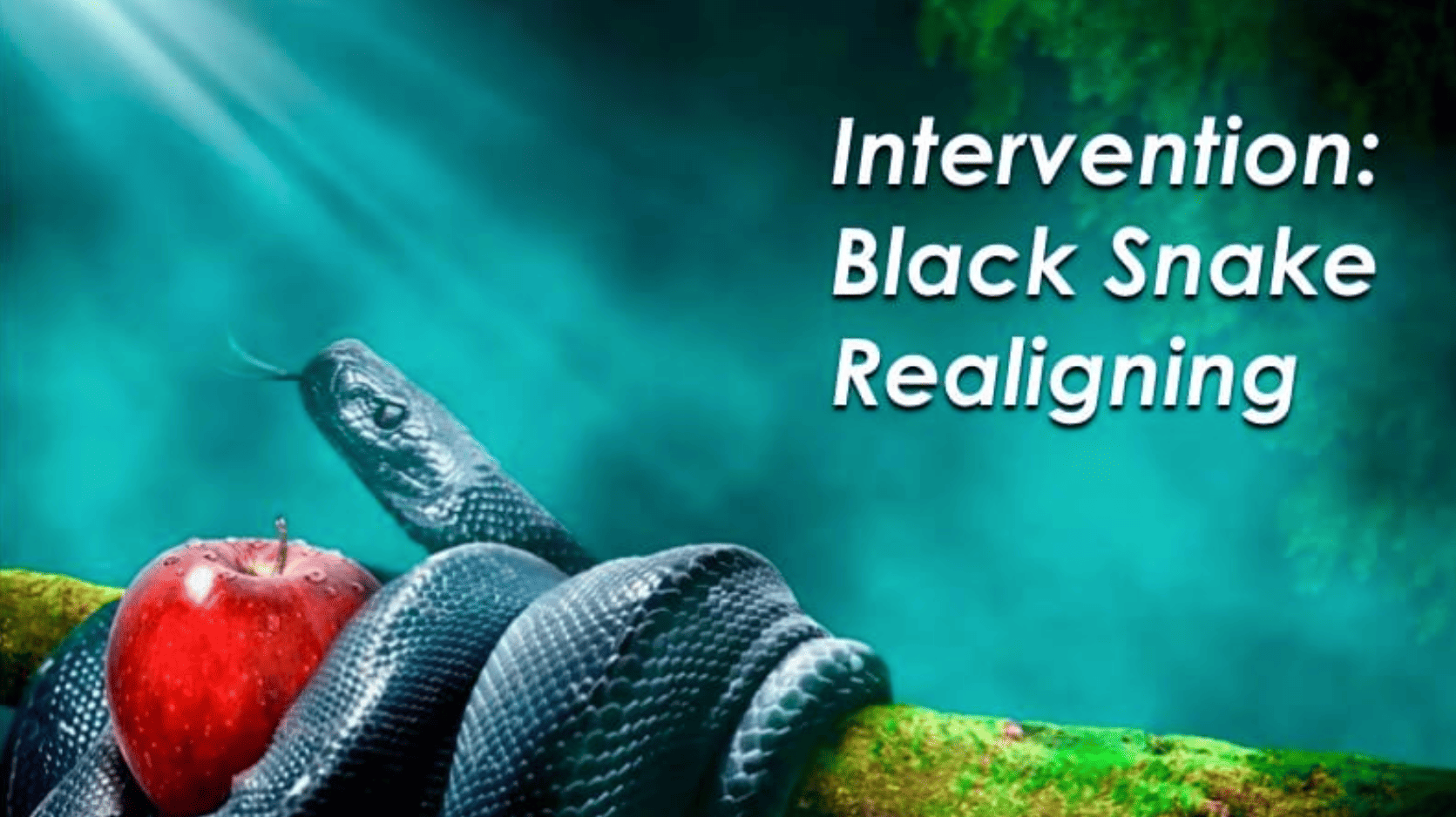 It’s deeply heartwarming to see the tremendous global pushback against the bogus mandate measures. The Canadian Truckers, for example, have been inspiring a wave of liberation around the planet. In concert with that, recently on retreat with Openhand, we realised a very powerful and practical way to deal with the underlying energetic weave that has been so controlling and derailing society. I do believe we effectively discovered how to deal with the entwining “Black Snake” energy.

Black Snake – the Lynchpin of Controlling Intervention on Earth

“Black Snake” is the term we’ve given for the underlying satanic energy that’s been orchestrating the wide-ranging machinations of the plandemonium in society over the last two years (not to mention its historic intervention that ranges all the way back to the Biblical Garden of Eden) – it is the lynchpin of the controlling subversive agenda that’s been particularly rife these last two years.

The energy gets into the psyche and addicts souls to a disempowered reality of its own agenda. In more recent times, it’s working with interdimensional ET entities and applying AI to ramp up the effects of its control. For the work of Openhand, it was always going to be a crucial confrontation. And I very much sensed there was some essential relevance to the location of our recent Return of the Pleiadians Retreat, that being Tepoztlan, the birthplace of the Quetzalcoatl.

This Feathered Serpent God is steeped in history and mythology that entwines through the ancient Mayan culture. I always felt there would be an entanglement of the Black Snake energy reaching far back through history.

What might the solution to this wayward energy be?

The crucial thing is NOT to polarise, judge or castigate. It actually feeds off this negativity in society. Such condemnation only locks in place the fight and the struggle. We require an evolved perspective that respects and carefully considers where this energy came from, what are its fears and karmic pain? What will persuade it to willingly realign?

The Flower of Life and the Elementals

The ancients have depicted for us, through the aeons, the natural orchestration of life through the Universal Torus. This interconnected “Flower of Life” is even indelibly burned into pyramids in Egypt. Every aligned life-form embodies the Torus and flows naturally as it. The Interdimensional Intervention, that has been bleeding dry the natural harmony of life on our planet, is living in avoidance of this life flow, and desperately trying to steer it into a synthetic agenda more of its own vibration and liking – a virtual metaverse of control. 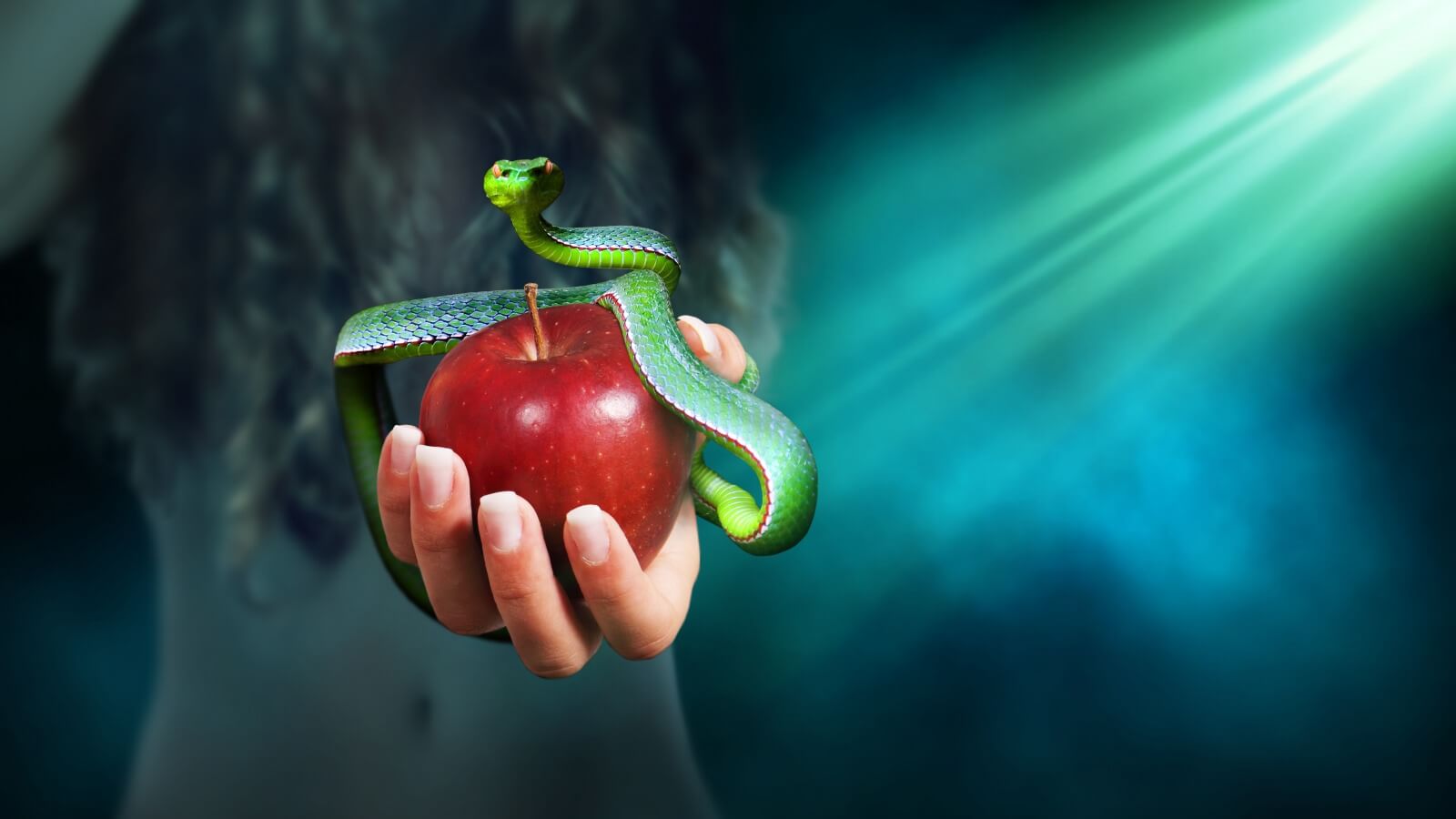 The lynchpin to this intervention is the Black Snake, which crucially was a natural elemental binding life on the planet for a collective experience. It became so good at locking reality in place, that it got lost in the density, lost the original benevolent purpose, “disconnected from God”, and started to control life for itself.

Understanding this provides a crucial key to understanding how to unlock it. But then also to realise: exactly what aligned part in the Universal Torus should it be playing?

In the dream-time recently, I watched these strings of quantum energy being channeled back into the central vortex of the Torus, and lining the swirling central void that binds the whole together. Understanding how density moves through different aspects of the Torus was critical to bringing this energy back into alignment. It had been “cast out” from the central vortex and locked itself into an outer 3D layer of the overall Torus itself.

Could we bring it back to its rightful place?

Resistance to the Torus is Futile 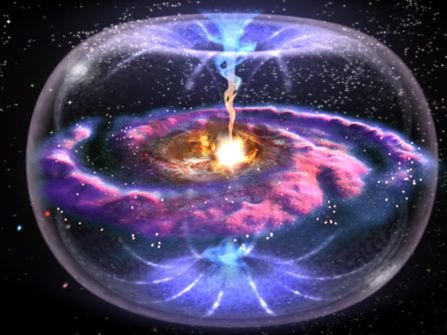 We first had to connect and communicate by empathising, but not judging or condemning. Your heart has to be big, your field very coherent and clear, so that the Black Snake entities simply don’t attach in you. Because it will exploit every distortion and weakness. Then we needed to open a telepathic channel and be abundantly clear with it: EVERYTHING moves as the universal Torus eventually. We’re moving to balanced harmony in all places, “Nirvana”.

Likewise, Gaia is being reclaimed by a great galactic convergence of cycles and energies leading to the Solar Nova “Event”. Nothing will be able to withstand this Great Realignment – this is no negotiation!

On the retreat, we did indeed find ourselves at a key location of this energy and working with advanced facilitators that understand it, we initiated an empathic connection – a telepathic bridge. I was greatly heartened by what ensued – I do believe this Black Snake energy in society can see the writing on the wall, and the great emergence of freedom that the soul of humanity is yearning for. After a few days of resistance and attempts at deception, the energy we encountered finally surrendered, came through us, and by embodying the galactic torus, we were able to channel it back into the central vortex, where it then adorned the swirling inner flows. As a field facilitator, it was one of those peak experiences that was both tremendously rewarding and humbling.

Rise of the Rainbow Serpent

What then transpired on the retreat was totally magical. Firstly we felt a rising of the repressed “Rainbow Serpent” coming up through the volcanic stone of the mountain location. This is the collective soul energy of Original Humanity, which is beginning to break through all across the planet as people challenge the mandate measures of the bogus pandemic.

Second, and most uplifting, the clearing and more natural alignment of the energy in our space, facilitated a higher dimensional infusion of Pleiadian energy – a wave of higher dimensional beings entered the studio where we were working and infused the group with a tremendous sense of joy and upliftment. Gosh, just what a difference this energy can make in society!

These are early days, but clearly, this latest round of our field energy work is perfectly timed as growing waves of humanity across the planet reclaim sovereignty and now demand the restoration of their inalienable rights and freedoms. I share our experiences on retreat in Mexico so as to inspire other energy facilitators around the world, who now have some crucial keys in dealing with this very pervasive, ancient perverting and distorting energy. Now we can seriously help both challenged souls AND this Black Snake energy come back into the Universal Fold. Early days yes, but these fundamental developments are very promising indeed.