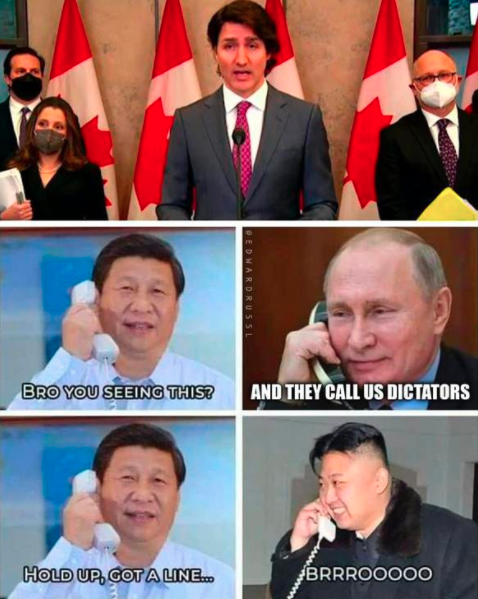 Justin Trudeau’s 2013 comment expressing his “level of admiration” for China’s dictatorial regime was a red flag on how he sees power.

At a “ladies night” fundraiser in Toronto in 2013, an up-and-coming politician was asked which nation’s administration he admired most in the world.

“There is a level of admiration I actually have for China because their basic dictatorship is allowing them to actually turn their economy around on a dime and say we need to go green, we need to start, you know, investing in solar,” Justin Trudeau told the group of women. “There is a flexibility that I know [Prime Minister] Stephen Harper must dream about: having a dictatorship where you can do whatever you wanted, that I find quite interesting.”

“It seems to be that he’s not well-informed,” a member of a round-table told the CBC.

Nevertheless, the comments proved to be little more than a speed bump in Trudeau’s political ascent. In November 2015, Trudeau was sworn in as Canada’s twenty-third prime minister, succeeding Harper.

Throwing ‘Oil on the Fire’

Trudeau’s comments deserve scrutiny since he now finds himself in the global spotlight.

On Monday, Trudeau announced he was activating rarely used emergency powers in an effort to suppress the Freedom Convoy, a movement originally created to protest vaccination mandates for truckers crossing the US border that has morphed into a broader protest against COVID restrictions.

“The blockades are harming our economy and endangering public safety,” Trudeau said in a news conference. “We cannot and will not allow illegal and dangerous activities to continue.” 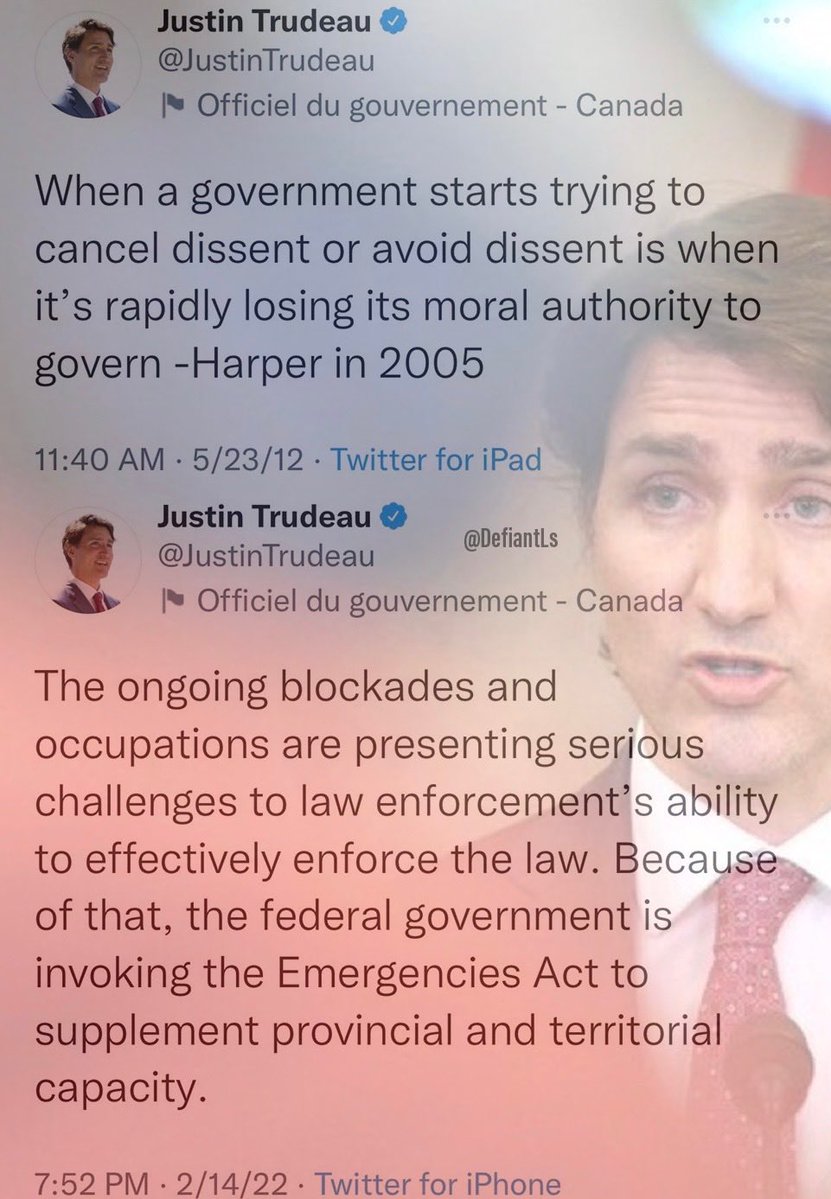 By invoking Canada’s Emergencies Act—which in 1988 replaced the War Measures Act—Trudeau can use federal law enforcement to assist provincial governments and expand its search and seizure of private goods that sustain the protest movement.

“We are making these changes because we know that these (crowdfunding) platforms are being used to support illegal blockades and illegal activity which is damaging the Canadian economy,” said Finance Minister Chrystia Freeland, who used the word “terrorism” in her comments.

Trudeau also said he intends to use federal forces to support provincial forces.

“Despite their best efforts, it is now clear that there are serious challenges to law enforcement’s ability to effectively enforce the law,” he said.

The prime minister’s actions, however, drew criticism from civil rights groups, who accused the administration of engaging in undemocratic actions.

“The federal government has not met the threshold necessary to invoke the Emergencies Act,” the Canadian Civil Liberties Association said. “This law creates a high and clear standard for good reason: the Act allows government to bypass ordinary democratic processes. This standard has not been met.”

According to Reuters, premiers in Quebec, Manitoba, Alberta, and Saskatchewan also came out against Trudeau’s plan.

The Test of Power

Trudeau’s actions are indeed dangerous. Yet as American history shows, the line between a peaceful protest and criminal activity is not always clear.

The Boston Tea Party is fondly remembered as a patriotic action in US history, but I had a professor in college who suggested it was an act of “domestic terrorism,” a view not as uncommon as many would believe. The events of 2020 also showed how peaceful protests can sometimes spiral into something unpeaceful very quickly (or “mostly peaceful,” a euphemism for violent).

For many, unfortunately, whether a protest is legitimate depends less on which methods are being used and more on which cause is being championed.

I’m willing to bet that many people (rightly) appalled at Trudeau’s actions supported calls from Republicans for President Trump to deploy the US military in 2020. Conversely, I imagine many of Trudeau’s current defenders were among those (rightly) outraged at the idea the US military should be deployed on American soil to put down civilian protests, unrest, and violence.

What’s particularly troubling about Trudeau’s escalation of the crisis is that the protests in Canada have been peaceful. Now, whether intentionally “snarling” traffic is a legitimate form of protest is a fair question, since impeding traffic does infringe on the rights of others. But it’s a stretch to suggest it meets the definition of violence, and it can be resolved by local authorities without declaring a national emergency.

The events in Canada represent something much bigger than the truckers and Canada’s economy. As Martin Luther King Jr. saw, non-violent protest is one of the few tools people without power have to resist the injustices of those who have it. To respond to peaceful protests with more power is to completely miss King’s important lessons on non-violence.

But in Trudeau’s case, perhaps it should not surprise us.

In 1989, the Chinese government faced its own “blockade” as student-led demonstrations in Beijing attempted to impede the Chinese military’s advance into Tiananmen Square. Even though the demonstrations were peaceful, the Chinese Communist Party declared martial law and sent in the People’s Liberation Army—equipped with rifles, automatic weapons, and tanks.

Nobody knows for sure how many died in the Tiananmen Square Massacre. The Chinese government said 200. A source for the United Kingdom estimated 10,000. Fatalities aside, what most people remember is the image of a young man staring down a Chinese tank, whose driver refused to crush the brave protester before him.

Justin Trudeau, however, remembers something else. For him, China’s regime represented a dream: “a dictatorship where you can do whatever you wanted.”

Trudeau’s 2013 remarks do not mean he will crush civilians with tanks, of course. But they do indicate he has failed the test of power—and for politicians, there’s no bigger test.